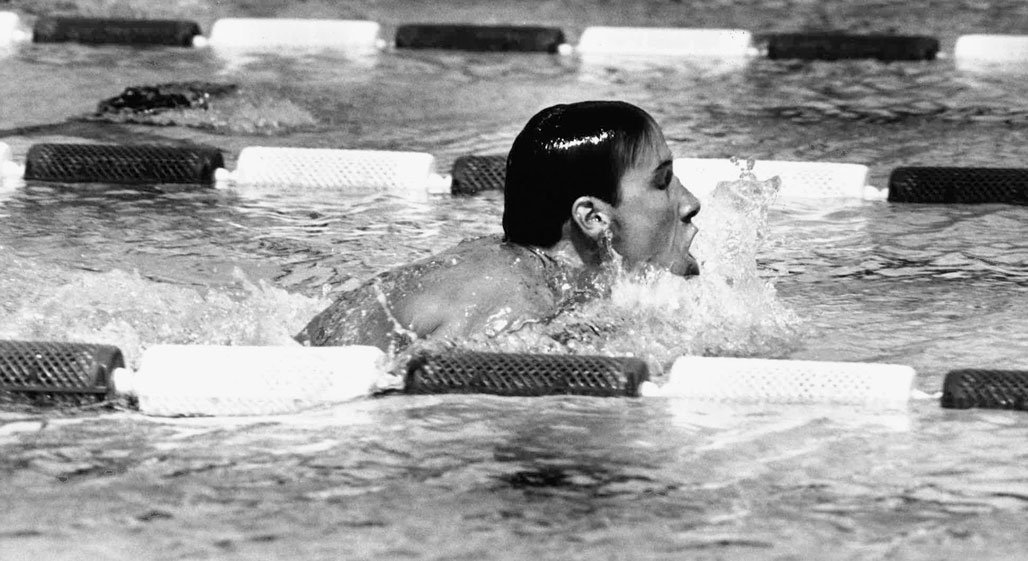 As a former competitive swimmer and tech innovator, Brian Job understood challenge. But his battles with mental illness and addiction ultimately proved too great, undercutting an outsize talent and a promising career.

When he was 16, Brian Gregory Job, ’73, won the bronze medal in the men’s 200-meter breaststroke at the 1968 Summer Games; two years later, he set a world record in the event. On August 14, he was found dead in his room at the Glass Slipper Inn in Palo Alto. He was 67 and died of as-yet-undetermined causes, according to his sister Lisa Uzzell, ’78.

Like his namesake in the Old Testament, Job endured a litany of misfortunes in his last decades. Broke and homeless, he called himself an “outdoor citizen.” After being found unfit to stand trial following a 2016 felony arrest for striking a disabled man, he was sent to Atascadero State Hospital, where he was treated for bipolar disorder and schizophrenia. Earlier this year, he successfully argued in court for his release; once free, he refused to take his medications, drank heavily and deteriorated rapidly.

His early life had been marked by enormous drive and potential. Coached as a child by his mother, Mary, he made the U.S. team that won gold in the 4x100-meter medley relay at the 1971 Pan American Games, where he also earned the silver medal in the 100 breaststroke and took bronze in the 200 breaststroke. Competing for Stanford his freshman season in 1970, he broke national records five of the six times he was in the water at the NCAA swimming championships. Job went on to qualify for the 1972 Olympics, although he failed to medal.

Interviewed by Sports Illustrated in 1970, Job spoke candidly about the relentless pressure his mother placed on him growing up. “I hated [swimming] with a passion,” he said. “I wouldn’t want to wake up in the morning, because I knew I’d have to do laps.”

Patrick Moore, ’73, Job’s Beta Theta Pi fraternity brother, recalls, “He was a wonderful guy, the smartest guy in the room without having to talk about it.” Moore watched as Job, who earned an MBA from Harvard, launched two Silicon Valley start-ups. “Via Video made software before it was called software. Anything technical, Brian could do it.”

The second venture’s failure precipitated Job’s decline, Moore said. “He started talking faster than anybody could process, and behind all that intensity we could see there was mental illness.”

His condition spiraled downward during his final months, until the day his body was found by the manager of the Glass Slipper Inn, a straight shot down El Camino Real from the Stanford campus.

In addition to his sister Lisa, Job is survived by his siblings Brenda, ’75, and Stephen.