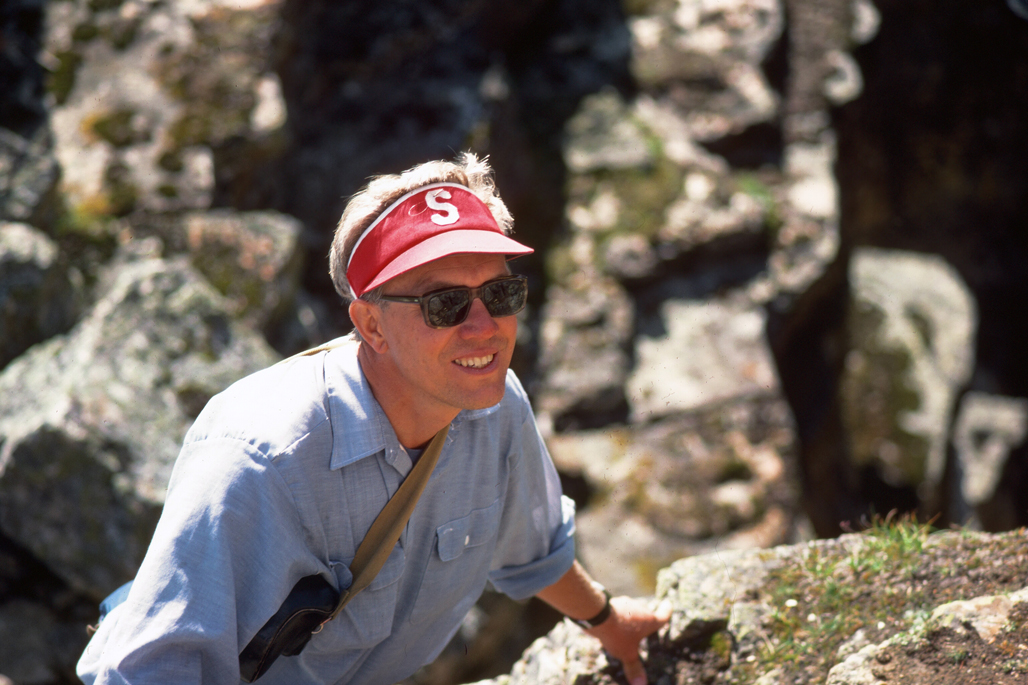 Nils J. Nilsson, MA ’56, PhD ’58, who helped develop algorithms that provided the foundation for technology ranging from smartphone GPS systems and video games to the Mars Rover, died at his home in Medford, Ore., on April 23. He was 86.

“I can’t imagine how one would overstate his combination of intellect, personal integrity, creativity and mentorship,” says Peter Hart, MS ’63, PhD ’66, who worked with Nilsson at the Stanford Research Institute (SRI).

After earning two graduate degrees and serving in the U.S. Air Force, Nilsson joined SRI, where he worked for nearly a quarter century. It was there that he helped develop Shakey (named for its unsteady gait), which the New York Times called the “great-grandfather of things like self-driving cars and even military drones.” The robot’s ability to perceive and model its environment, albeit limited, allowed it to perform tasks that required planning, route-finding and the rearranging of objects.

“Looking back on it now, it was pretty rudimentary,” Lars says. “It had cables that followed it around. It shook and rattled. But
I was impressed, as any 6-year-old would be.”

So was the rest of the world. Life magazine called Shakey “the first electronic person.”

“Frankly, it was a typical AI thing of the media overselling what we had done,” says computer science professor emeritus Richard Fikes, who, like Hart, worked with Nilsson at SRI. “But the work on automatic planning was groundbreaking, even though we didn’t know it at the time.” Shakey is now on display at the Computer History Museum in Mountain View.

Nilsson also paved the way for computer science at Stanford. In 1985, he left SRI to become chair of the department, overseeing its move from the School of Humanities and Sciences to the School of Engineering and expanding the degree to undergraduates.

“Nils had always been a believer that we should be making those concepts accessible to a broad population,” recalls computer science professor Daphne Koller, PhD ’93.

John Mitchell, the department’s current chair, remembers Nilsson as a tremendous mentor. Nilsson encouraged junior faculty to get to know one another better as a way to build the department’s culture, even suggesting they go out to eat and “send me the bill.”

“He was very good at understanding what was in the best interest of the department or the university, and very effective at moving past anybody sticking up for their own self-interest,” Mitchell adds.

As a family man, recalls his son, Nilsson placed a strong emphasis on independence. “If I was going somewhere, the last thing he would say is, ‘Are you an SSU [self-sufficient unit]?’ ” Lars says, laughing. “He wanted to make sure I had everything I needed and wouldn’t impose on anyone.”

Grace Abbott, Nilsson’s wife of 27 years, describes her husband as a natural leader, “forward-looking” and “optimistic” (he took up golf at the age of 77 and became head of the golf club at their retirement community).

Nilsson was predeceased by his first wife, Karen. In addition to Grace and Lars, Nilsson is survived by his daughter, Kristen Nilsson Farley; Grace’s sons from a previous marriage; and 12 grandchildren.