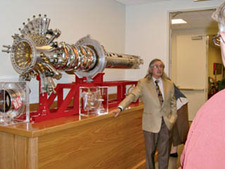 When Stanford last checked in on the University's Gravity Probe B project—an experiment of extraordinarily enduring ambition—it was 2004. Early that year, there had been yet another incremental hitch in a saga that dates to 1959: a delay in NASA's launch of the probe, or satellite, that would lift the then 45-year-old venture into space.

But, as anticipated, there was a successful launch just a bit later in 2004. The spacecraft carried instrumentation that had been decades in its engineering, as well as decades under the oversight of physics and astrophysics cognoscenti who were working in the orbit of Albert Einstein's theories. Some of these Stanford scientists and engineers had dedicated careers and lives to an undertaking that would be historic in its accomplishments and almost incalculably rewarding if it reached fruition while, yes, they were still alive to talk about it.

The news this summer is that the finish line, the culmination of what is now more than 50 years of scientific and budgetary ingenuity, appears to be just one year away. By then, say the project's leaders, the analysis of the data collected in space—which would corroborate two principles of Einstein's general theory of relativity—should be complete.

Although they are trying to guard against premature celebration, they acknowledge an accelerating sense of elation. Perhaps the ultimate expression of the research team's feelings comes from Professor Francis Everitt, the project's principal investigator, who puts all the thought and toil in boxing terms: "It looks like we really have the other guy on the ropes."

The results should offer sophisticated confirmation of the geodetic effect (which refers to how the Earth's mass warps space and time) and frame-dragging (which refers to the dragging of space-time by the Earth's rotation). The experiment's legacy, documented and extensively explained on the web at einstein.stanford.edu, inevitably will be debated within the scientific community. But from the perspective of one Stanford alumnus, Turki Al Saud, vice president for research institutes at the King Abdulaziz City for Science and Technology (KACST) in Riyadh, Saudi Arabia, Gravity Probe B amounts to "one of the most important experiments of the century."

The upshot of that assessment is collaboration with Everitt's group and Stanford's aeronautics and astronautics department. KACST is providing funding to sustain the remainder of Stanford's data analysis; aero/astro professor Charbel Farhat is co-principal investigator for the analysis; and scientists from KACST are working on both the analysis and the development of joint projects related to Gravity Probe B but flown in Saudi satellites. Saud, PhD '97 (aeronautics and astronautics), said he felt compelled to help because the prospect of the data analysis stalling out financially at the edge of its completion was "something very hard to take."

In that context, Everitt, 75, appears to be the all-time genius of brinksmanship. He joined the project in 1962, coming to Stanford, he says deadpan, "for two years, possibly to stay a third." With the merest hint of a smile, he also recalls being afraid that the spacecraft "was not going to be launched before 1976." NASA's first contributions to Gravity Probe B's budget were made in 1964; the last money from NASA dried up in 2008. In arranging all the funding in between, notes Everitt, "I never expected when I was learning physics that it meant going on to Capitol Hill and talking to so many young lawyers."

In recent years, the project has overcome a series of crises. When the search was on in 2008 for a financial angel (before Saud and KACST), the savior turned out to be Capital One CEO Richard Fairbank, '72, MBA '81, a son of one of Gravity Probe B's founders, Stanford professor William Fairbank. And unforeseen bugs in the performance of the instrumentation, famous for gyroscopes that have nearly perfect spheres made from quartz, put the data analysis in jeopardy until a method was devised to compensate for the faulty information.

As worrisome as some phases were—"we have some expert worriers," notes Everitt—the scope of the overall achievement requires a distinctly nonscientific estimate to be appreciated.

"A million things had to go right for everything to work out," says program manager and senior research physicist Barry Muhlfelder. "And a million things did."