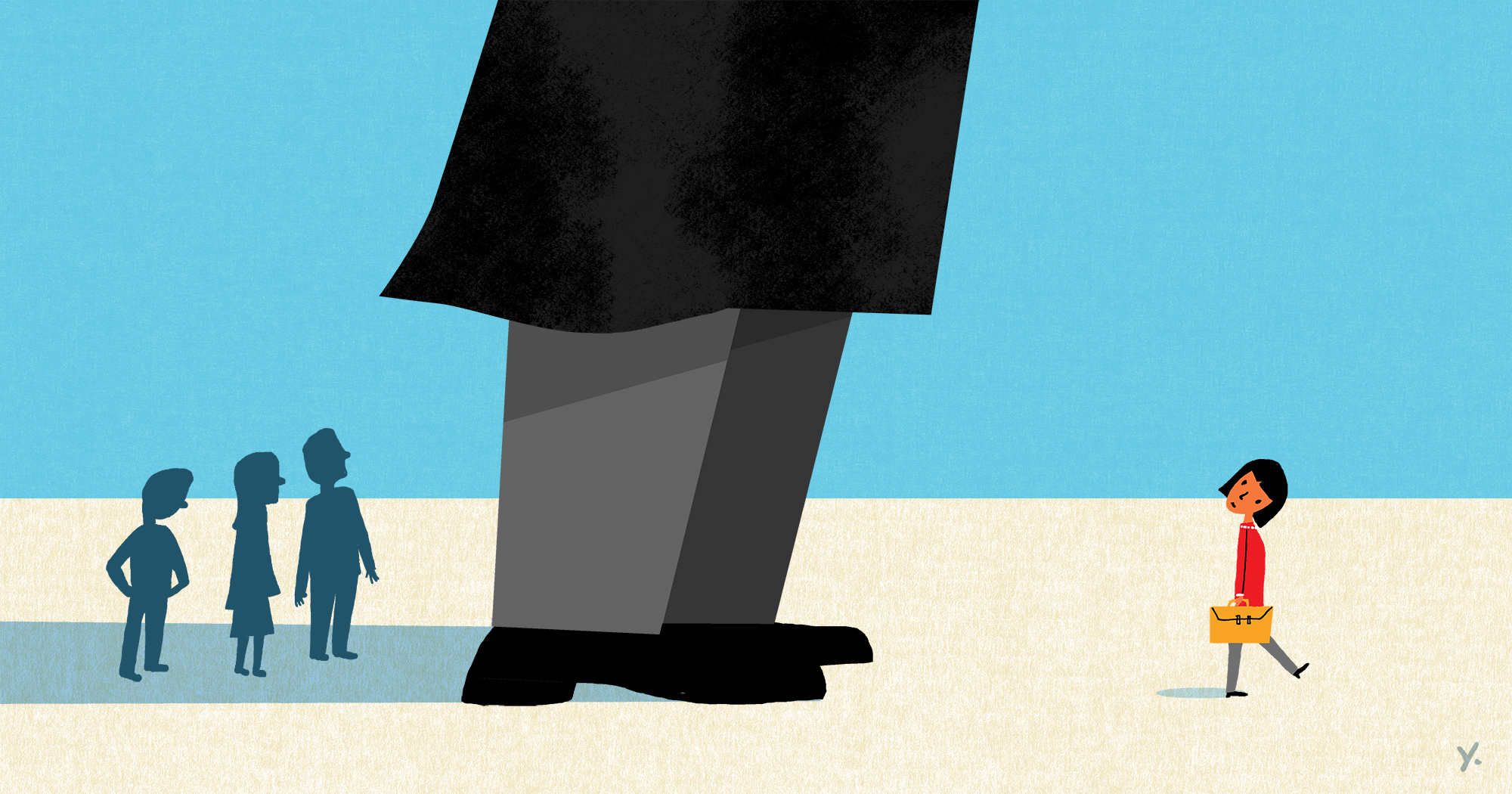 In the summer of 2008, while interning at a law firm in Washington, D.C., I attended a book signing hosted by then Supreme Court Justice Antonin Scalia. I had a chance to briefly chat with him during cocktail hour and threw him what I thought was an easy question.

Me: “Justice Scalia, do you foresee any Asian American justices on the bench anytime soon?”

After a pregnant pause, he chuckled and said: “You don’t hear too much about that. . . . All you hear about Asian Americans is that there are too many of them at UC Berkeley!” He laughed, perhaps not seeing the look of shock on my 23-year-old face.

I responded: “Well, that might be true, but we are underrepresented in the legal profession.”

He followed up: “You should do something about that. You should take action!”

Not to be deterred, I said, “Well, I am trying. I’m Asian American and in the legal profession. What else do you expect me to do?”

There was an awkward pause, and as he started turning away, he said: “Isn’t there someone named Elaine Chang? Chung? Doesn’t she do something?” Someone nearby said, “Yes, Elaine Chao. She’s secretary of labor!”

I share this story not to disrespect Justice Scalia—in fact, I applaud his honesty and appreciated the dialogue. But Justice Scalia dealt with the most important legal issues in our country, where, at the time, more than 13 million Asian Americans lived. How could we merit so little conscious attention? Were we that invisible? Were we doing something wrong? Was it us? Was it me?

After my initial shock subsided, I turned inward and asked myself what I had done to take action, and what else I could do. I realized that my family and I have been fighting this fight for years. I grew up in Mississippi and Texas, where casual racism was part of life. I have been bullied and ignored, and I’ve suffered physical violence. Each time, I told myself to forgive and forget, thinking, “There are very few Asians here; they just don’t know us yet. They’ll get to know us with time and understand our similarities and value our differences!”

Over the years, my family worked to bridge the cultural divide. In elementary school, my dad came in to share our Chinese New Year traditions with the class, knowing that familiarity brings understanding. When a new Chinese girl joined our class, I served as translator since I knew a little more English than she did. Our ESL teacher asked us so many questions—we were her first Chinese students—and we were delighted to oblige. (When I was in college, I found my ESL teacher and wrote to her. I learned that about 20 years after we left her classroom, she went to China with her church group, a trip she had been looking forward to ever since we were her students.) And just a few years ago, when I was warned against visiting friends in a small rural community due to potential racism, I responded without pause: “If they never meet any Asians, they will never learn otherwise. At least this way, I can try to change their minds.”

Justice Scalia’s call to action motivated me to do more. I became co-president of the Asian and Pacific Islander Law Students Association at Stanford. I have been an advocate of minority and women’s rights throughout my professional career. I have spoken at conferences and in boardrooms, pushing hard against the bamboo and glass ceilings because I know that our voices need to be heard. I confronted my own discomfort and told myself, “We need to be present to be heard. We’ll work hard, build partnerships, earn our successes, and then they’ll know and remember us.” I believed that this was our responsibility and our burden. 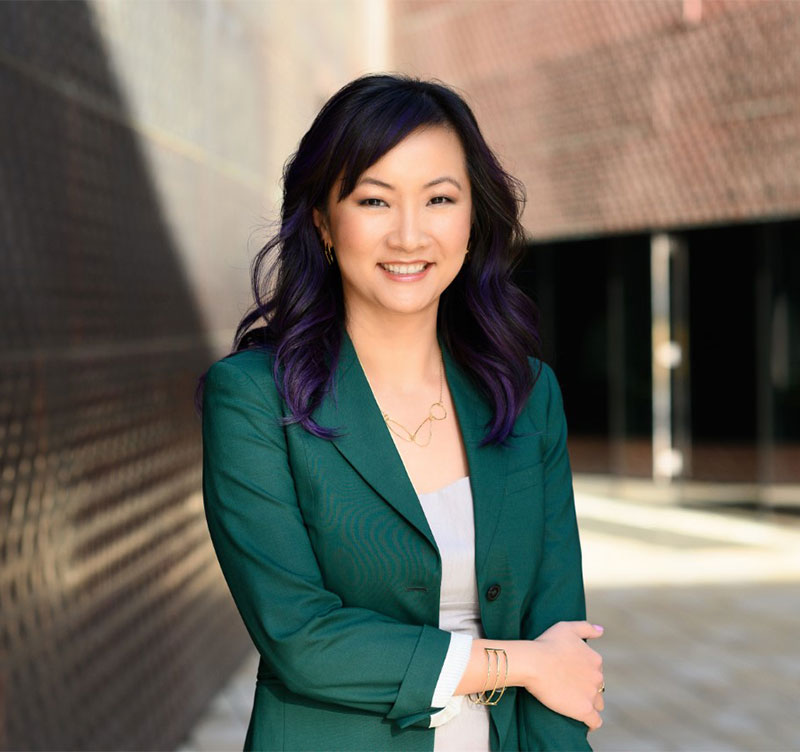 Over the past year, and increasingly in the last few weeks and months, my faith in the virtue of this endeavor has been deeply shaken. I’ve realized that when things go well, we are invisible, we are taken for granted—we are deemed the “model minority.” It is assumed that we work hard, we study hard, we get things done, and we don’t cause trouble, even at cost to ourselves. But when things go poorly, regardless of whether we had anything to do with it, we are hated, we are targeted, and we are the enemy. While the last administration certainly fanned the flames, the sentiments we’re seeing today are the result of generations of racism and xenophobia.

So, yes, we do have to take action. This is uncomfortable for many Asian Americans, for whom the advice of “don’t cause trouble” is ingrained so deeply by our parents. They sacrificed so much to give us the lives we have now, and they don’t want us to lose what they worked for. But if our lives can be lost by simply walking down the street, then there’s nothing more we can lose by speaking up. It is imperative now more than ever to stand up against invisibility and hate. Now is not the time to hide and hope to pass as “normal.” If we don’t stand up, our normal may be as the victims of racism and hate.

More than that, though, we need allies and advocates to help carry our message forward. Asian hate and Asian invisibility cannot be solved overnight, and we cannot solve it on our own. We need those in power to know who we are and recognize not only our contributions to this society but our worth as people and individuals separate from our achievements. We are working toward a better society and a better country. We have sacrificed tremendously, and scapegoating us will only hurt more people in the end. We want a better world for everyone and their children.

Yes, we need to take action, to stand up. But we need others to stand up for us too.

Mamei Sun, ’06, JD ’10, lives in Palo Alto and works as a vice president at Oracle. In her free time, she bakes for charity and dabbles in photography. To read more of her musings, visit mameisun.medium.com. Email her at stanford.magazine@stanford.edu.