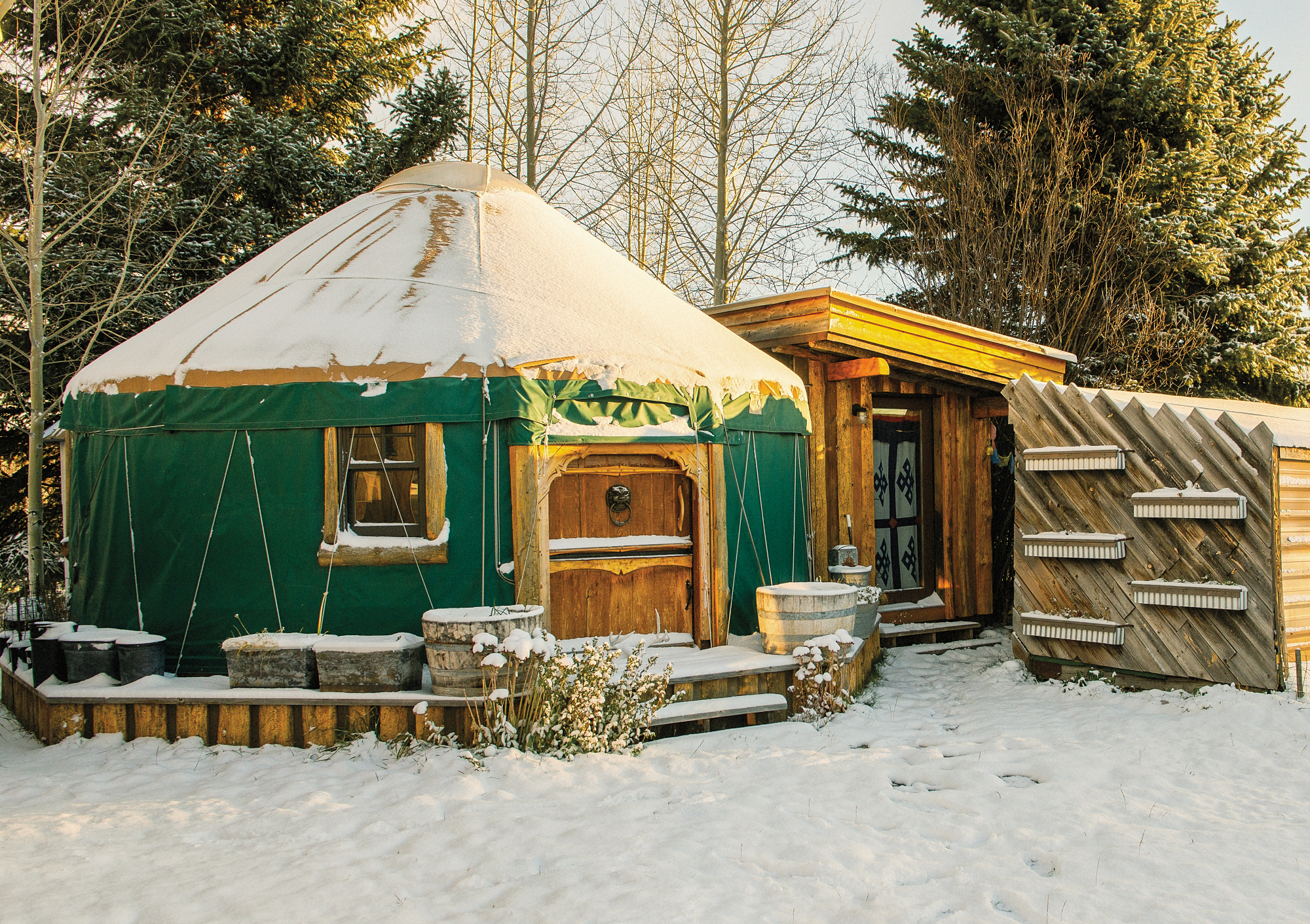 Grace Hartman, ’90, isn’t sure now if she even knew what a yurt was when she saw one posted for sale on the notice board of the general store in Wilson, Wyo., a tiny town near Jackson.

And so Hartman (née Chin), accompanied by her two kids and her boyfriend (now husband), went all in on yurt life, moving from a three-bedroom colonial in New England to a 320-square-foot wood-framed circular tent in a Wyoming meadow with no electricity or running water. Eleven years later, they’re still there.

It’s not a pampered life, even with the addition of electricity. (One winter relying on a wood-burning stove for warmth as temperatures regularly slumped to low single digits persuaded them to make that concession to creature comfort.) A nighttime trip to the outhouse remains 15 paces into the usually frigid blackness. “It just feels really far when it has snowed heavily because sometimes, we get like 20 inches in a night,” she says. 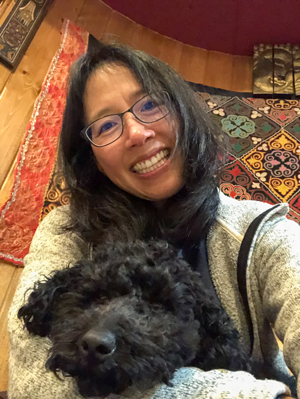 But it’s gratifying, she says. The low cost allows her to work part-time handling her brother’s finances, ski most mornings and take extended family trips. Her kids have grown up under her nose. The whistles of owl and eagle wings sound overhead. Vacuuming takes 30 seconds. And the house has provided a welcome lesson in needing less. “By the second or third year, I just stopped wanting things because I knew I had no room for them,” she says.

Nothing lasts forever, however. The land they rent is likely headed for development, and Hartman and her husband are designing a conventional home 20 miles away in Victor, Idaho. The architect asked if her kids had any design requests. “I said, ‘Yes, their special request for the house is indoor plumbing.’ ”