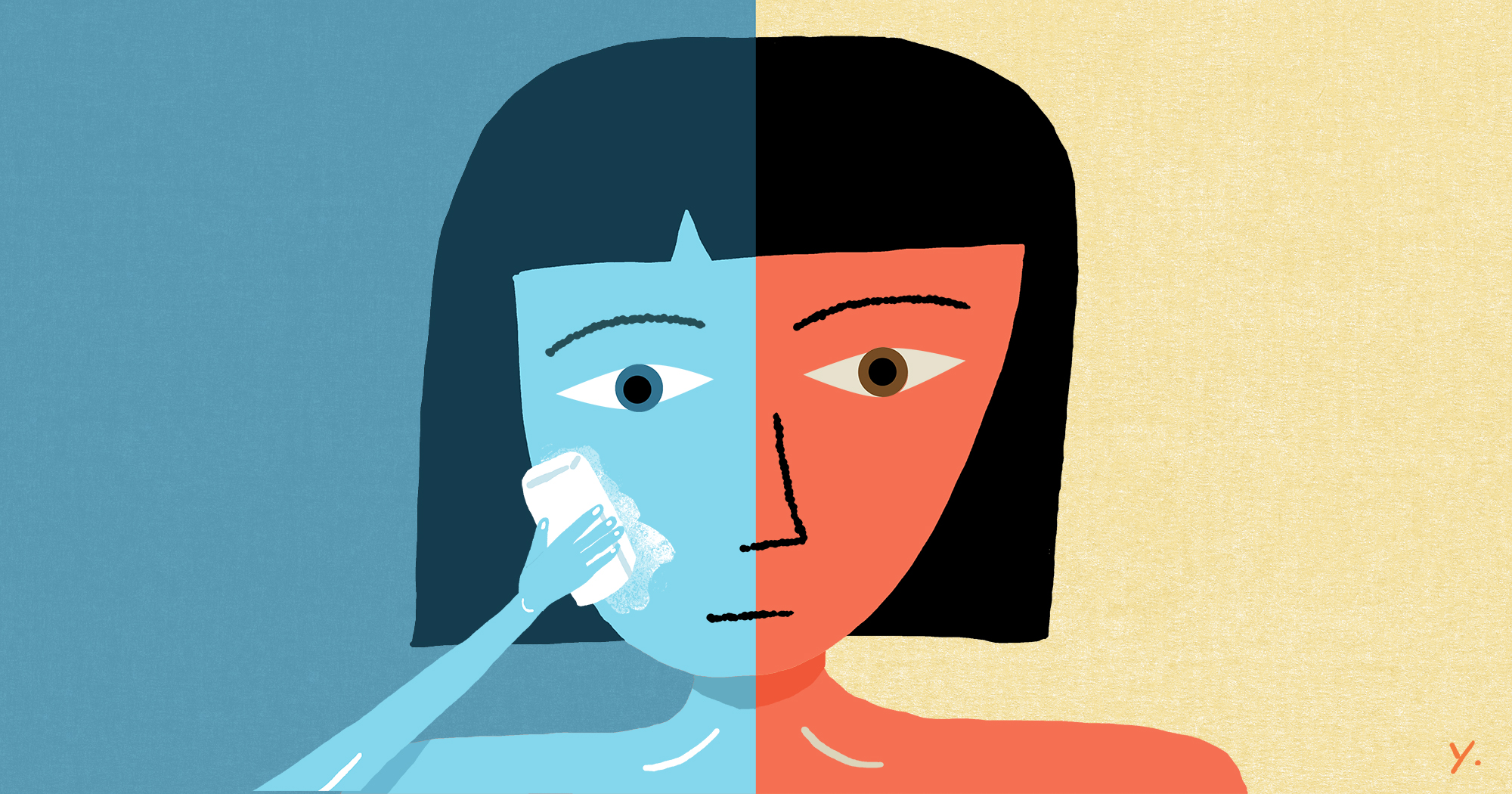 My earliest personal memory of racism is the most egregious one. I was in elementary school, and the day after Halloween, my family awoke to find “F*ck Chinhese” written in shaving cream across our blue-gray garage door. As my father pulled out the hose to wash off the garage, he mocked the vandals’ spelling as well as their inability to recognize that we were not, in fact, Chinese. Looking back, his reaction set the default tone for how I would react to racist transgressions in the future: make a joke, wash it away.

That I can cite this memory as the most offensive racial incident in my life is the outcome of an extraordinary combination of luck and privilege. I grew up speaking accentless English (thank you, Sesame Street) in a predominantly white, upper-middle-class, Bay Area suburb. My childhood is riddled with the garden-variety incidents that most of my Asian American peers can relate to: kids not wanting to swap for my strange-looking school lunches (before Vietnamese cuisine was cool); peers “ching-chonging” at me when I spoke to my grandmother in our shared language; teachers unable to pronounce my last name.

At the time, I didn’t yet know how to joke about it, but I could wash it away. I asked for sandwiches instead of bánh khúc (sticky rice and mung bean dumplings); I tried to speak English to Bà Nội (“paternal grandmother” in Vietnamese) just once, and I am still ashamed of myself; and to this day I still tell people just to say “Noo-yin.” It was the ’80s—I didn’t know terms like code-switching back then.

I didn’t know the term microaggressions, either, but by the time those started piling up, I had managed to learn how to joke about them. Like canned responses to “Where are you really from?” (“California”—trust me, this sounds funnier in Texas, where I’ve lived for the past two decades) and “You speak really great English” (“Cám ơn, I mean danke schön, I mean . . . ” and on and on until I’ve obnoxiously shown off the number of languages I can thank them in). 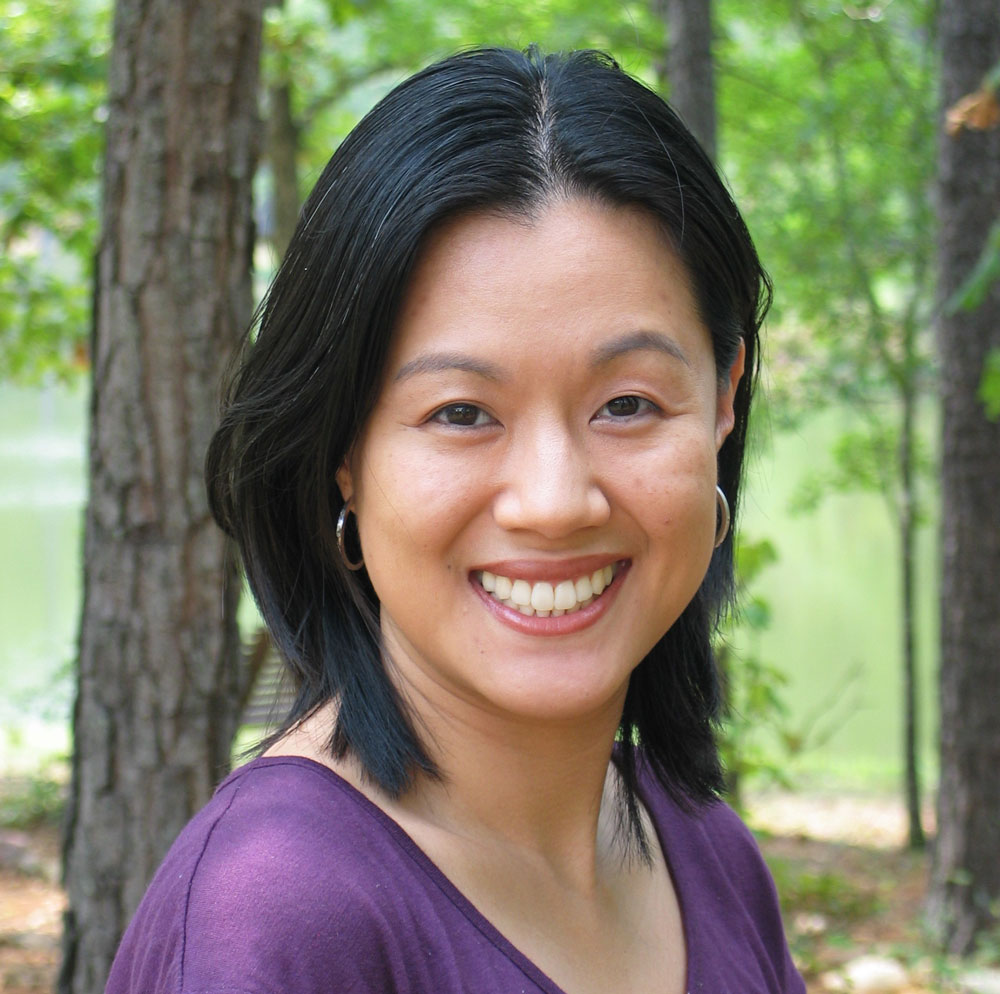 A few years ago, I accompanied my husband to a <insert large tech corporation name here> company event, and no fewer than three people approached me, separately, asking whether I worked for said company and whether I would join a diversity committee/initiative. By the end of the night, I was making quips about my new start-up idea for “RentAPoC,” whereby I could contract myself out for these initiatives as well as for board meetings and corporate photo ops so that companies could check off both the “woman” and “person of color” boxes. Yay for intersectionality!

Make a joke, wash it away.

I don’t take calls when I am walking alone because I don’t want my attention diverted. Last week, a friend sent me a care package that included pepper spray.

Of course, these defenses are completely useless in the face of the anti-Asian violence that has surged throughout this spring. I am devastated and outraged. I post on social media; I donate to the relevant nonprofits and initiatives. But this is no different from what I did for the Women’s March four years ago and for Black Lives Matter last summer. I was devastated and outraged then too.

What is different is this strange new state of vigilance I have adopted. I ask my parents to avoid going to Oakland or San Francisco. I don’t take calls when I am walking alone because I don’t want my attention diverted. My DuoLingo and HelloChinese metrics have tanked because I won’t drill foreign languages in public anymore. Last week, a friend sent me a care package that included pepper spray. While the pandemic has helped me obscure my features behind a face mask, I still cannot hide the shape of my eyes, my straight dark hair or my petite build. If a gun points toward me or a fist or blunt object comes down on me, I have no witty response to deliver in perfect English.

I’m conflicted over even sharing that I’ve made these concessions. Because on the one hand, it shows just how entitled and privileged my attitude was before all this. And on the other, it feels like I have surrendered to fear, allowing the “bad guys” to take small freedoms away from me. I wish I could end this on a more hopeful and empowering note—to tell you that this has turned me into an activist or at least a better person. But it’s too early in this narrative for any sort of closure or completion of a heroic journey. I’m still taking it all in and figuring out what to do. The fear and dismay won’t wash away.

Christine Nguyen Lerios, ’98, lives in Austin, Texas, and wrangles start-ups and their founders for fun and profit. Email her at stanford.magazine@stanford.edu.