Documenting Black cuisine; one year of remote schooling; climate change and the grid

The school of thought, almost one year in.

Nearly a year since the pandemic shut down brick-and-mortar schools for millions of students, normalcy beckons as vaccines roll out. So does the call for deep reforms to a system whose long-standing problems and inequities have been exposed by COVID-19, reports a new Stanford magazine story that examines the state of K–12 education and what experts hope will emerge from the rubble.

While CDC-affiliated scientists say vaccinating teachers is not necessary for schools to reopen, the vaccine is one more layer in the safety measures schools can take, Stanford Children’s Health pediatric infectious disease physician Grace Lee, who was on the CDC committee that recommended educators and school staff be put high on the vaccination priority list, told NPR. In January, Lee expressed concern about the negative impact of prolonged school closures on students’ social and academic development. “My worry is that some children are being left behind, and that we need to really be able to make sure that there is the opportunity for everyone to be educated,” she said.

Historians, by definition, take the long view, Jack Rakove, professor emeritus of history and of political science told CBS News the day former president Donald Trump was acquitted in his second impeachment trial. So don’t expect clarity any time soon about how history will judge these past few months. “What will be the impact of these events on the structure of American politics between now and the elections of 2022, the elections in 2024? What impact will this have on the Republican Party? What impact will this have on our politics? There are the immediate events, which I think are fairly easy to judge at the moment, and there are consequences that we still have to discover. And those consequences won’t be known for a while,” he said.

Adrian Miller, ’91, is a lawyer by training, a former political operative, and the author of three books about culinary history. But what really captures people’s interest is another role. In his latest book, Black Smoke: African Americans and the United States of Barbecue, he writes, “More than one person has said to me, ‘You worked in the White House? Well, that’s interesting, but you’re a barbecue judge? I want to talk to you about that!’” Miller spoke with Stanford magazine about the complicated narrative around Black cuisine and his 30-year quest to document its history—a journey that involved researching thousands of oral histories of formerly enslaved people, combing through digitized newspaper and magazine articles dating back to the 1600s, and reading around 500 cookbooks, some written as early as 1390. “Then, because I cared about my subject so much,” he says, “I went to 150 soul food restaurants in 35 cities and 15 states.” Miller was a guest last summer on the Stanford Pathfinders podcast.

It’s not every day you hear music like this. 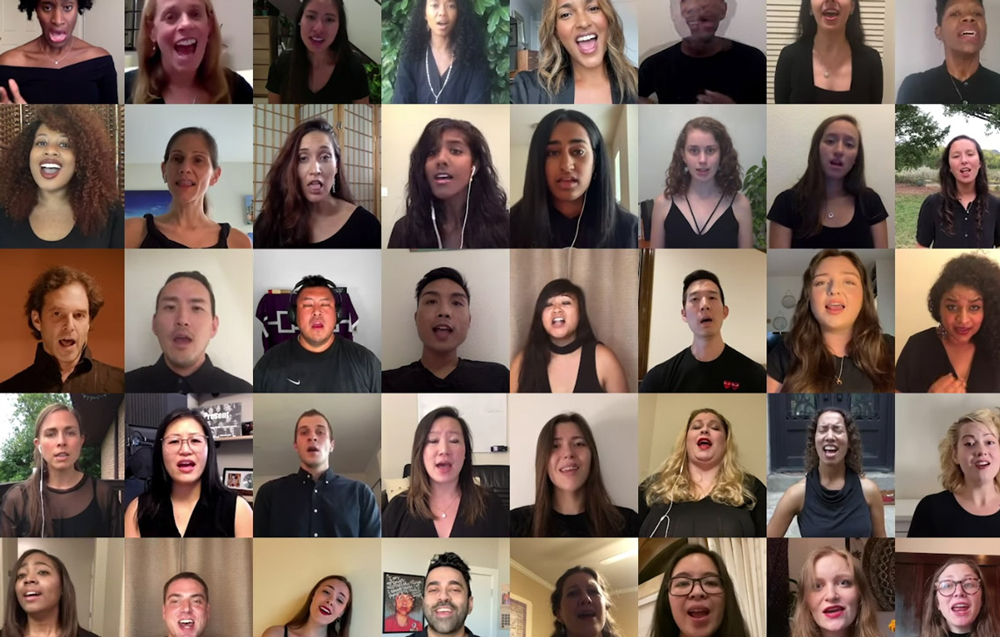 In honor of Black History Month, Stanford’s Everyday People a cappella group came together (well, pandemic-together) to sing “Banner,” a reenvisioning of the National Anthem that combines “Lift Every Voice and Sing” (also known as the Black National Anthem) with “The Star-Spangled Banner.”

A team of Stanford neuroscientists and engineers has found a way to observe the brain in real time as it considers options and makes a choice. The researchers’ recently published study builds on the previous work of one of the study’s co-authors, electrical engineering professor Krishna Shenoy, whose lab developed a brain activity decoding technique that can interpret intention in the brain—for example, the intention of a person with paralysis thinking about how they want to move their arm—and translate that into an action, such as a typed message. “We’re constantly measuring neural activity, decoding it millisecond by millisecond, and then rapidly acting on this information accordingly,” Shenoy told Stanford News Service.

But for this study, researchers wanted to know what’s happening in the brain before a subject decides how to move. In a series of experiments, researchers watched, via an implanted chip, the neural activity of monkeys as they contemplated which lever to press in response to a series of dots moving either left or right. Data from one of the experiments suggested that if subjects have confidence in a decision as it’s building in their mind, or if they’ve spent too long deliberating, they’ll be less inclined to consider new evidence, a finding that “really allowed us to rule out some of the common models of decision-making,” said neurobiology professor William Newsome, senior author of the study. Being able to monitor and interpret a previously hidden cognitive process in real time, researchers say, opens up possibilities for cognitive neuroscience that they hope other researchers will build on.

As record-low temperatures and brutal storms disrupted power for millions of Americans last week, Michael Wara, director of the Climate and Energy Policy Program at the Stanford Woods Institute for the Environment, spoke with with PBS News Hour. “I think this raises really important questions about how grid planners think about extreme events in the context of climate change,” he said. “There’s no question that having a national architecture for our power system would help us to avoid circumstances like what is happening in Texas and in the Midwest as well right now.”

NASA’s rover Perseverance (aka “Percy”) landed on Mars last Thursday. Meet some of the Stanford alumni and faculty who helped to get it there.

It’s raining diamonds in space—seriously. Cubic zirconia too. “We can form all sorts of gemstones potentially in space, as long as you have the right chemistry in the right temperature and conditions,” geological sciences professor Wendy Mao told Discover magazine.

“One thing my parents always told me was that when you feel things are not right, you have to speak up and fix it.” Yinka Braimah, a junior and a long jumper on the Stanford track and field team, explains the origins of the student group CardinalBLCK and the logo she designed to represent Black student-athletes at Stanford.

Yes, two masks are better than one. Clinical professor of infectious diseases Aruna Subramanian explains the correct way to double-mask: surgical under cloth. “It’s all about keeping your masks in place and having at least two layers there that catch droplets,” she told PopSugar.

Surveys show that working from home during the pandemic is collectively saving us about 60 million hours of commute time a day, says economics professor Nicholas Bloom. Will the approximately half of Americans who can work from home ever go back to the office?

How does the pandemic-related exodus of companies from Silicon Valley to states such as Texas that have lighter taxes and regulations affect the economy of America’s western states? A recent symposium co-presented by the Hoover Institution and the Bill Lane Center for the American West analyzed the impact of COVID-19 across the region.