The variants are here.

Monitoring the mutation and spread of coronavirus variants is critical for learning whether they are more contagious, more deadly or better able to evade current vaccines, say experts. The team at Stanford Clinical Virology Laboratory has launched a large-scale screening of viral samples in the Bay Area, and they’ve found evidence of the variants first identified in Brazil and the U.K.

The test Stanford has developed tells not only whether a person is infected, but also whether the virus is the original strain or one of the known variants. When one of the variants is suspected, the researchers conduct whole-genome sequencing to confirm its identity. Sequencing whole viral genomes also allows researchers to identify new mutations. The team will be ramping up screening in the coming days. “I was expecting that we would see these variants sooner rather than later,” lab director and associate professor of pathology and of medicine Benjamin Pinsky told the Mercury News. “We need to continue to monitor the prevalence of these mutations—and determine how common they become in our population, with the expectation that they will likely increase in prevalence.”

Welcome to the neighborhood.

Incoming students will live in one of eight to 10 neighborhoods—groupings of dorms, special interest houses, co-ops and Greek houses—and generally stay in one neighborhood throughout their undergraduate years. Nearly all freshmen will be placed in frosh-only residences, and, after their first year, up to eight students can request, as a group, to live in proximity to one another within their neighborhood—a system that will replace the Draw some 52 years after its adoption. Additionally, since members of the Class of 2024 have missed out on many traditional aspects of freshman year on the Farm, they will be able to live in all-sophomore houses this fall.

Every cloud has a silver lining. 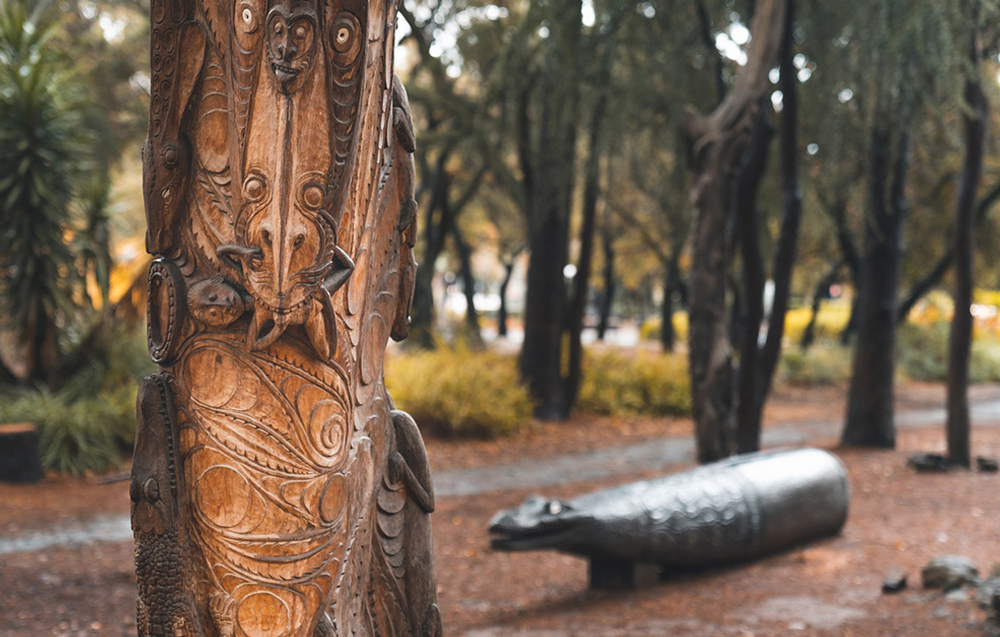 Rain doused the Bay Area in late January, and photographer Andrew Brodhead captured the moment, including this shot from the Papua New Guinea Sculpture Garden.

Stanford announced on February 3 that undergraduate tuition and most graduate tuition will remain flat in 2021–22, while room and board costs will increase by 3.5 percent (in part to support the salaries of dining and housing staff). “The pandemic has brought many students and families increased stress and uncertainty about their finances and their health,” Jeffrey Raikes, ’80, MS ’80, chair of the Board of Trustees, told Stanford News Service. The university has also expanded financial aid for the upcoming academic year: Undergraduate students whose families earn less than $75,000 per year and have assets typical of that income level will not be expected to pay tuition, room or board—up from $65,000 this year.

At a recent Faculty Senate meeting, Hoover Institution director and former secretary of state Condoleezza Rice gave a presentation about the institution’s purpose and vision, infrastructure, funding, appointment process and research priorities. She spoke to the recent criticism of the Hoover Institution as a partisan think tank that primarily supports conservative administrations and policy positions, calling Hoover’s mission statement a “set of values” that are nonpartisan, and sharing statistics that show Hoover fellows contribute to both parties equally (while the university as a whole leans Democratic). Stanford News Service reports that Rice said a commitment to open inquiry and a willingness to challenge orthodoxy are crucial when it comes to educating students. “With our students, we must be absolutely certain that we do not encourage them to live in an echo chamber. Our students instead need a testing ground for their ideas.”

AI that can read between the lines.

A new study, co-authored by Johannes Eichstaedt, an assistant professor of psychology and a faculty fellow at the Stanford Institute for Human-Centered Artificial Intelligence, suggests that machine-learning models can be trained to map people’s moods based on their social media posts. Using the Facebook posts of volunteers, researchers trained a machine-learning model to recognize which words expressed positive and negative emotions and which conveyed emotional intensity. Then they tested the model using the posts of people the researchers called Facebook “super-users” and ended up with the largest data set ever compiled on people’s emotions week to week. While this model has the potential to present some privacy concerns, if used ethically and legally, Eichstaedt says, it could someday offer researchers “ways to computationally understand the mind.” That information could help diagnose mood disorders and evaluate the effectiveness of interventions, such as medication and lifestyle changes. “It could also help us track the psychological impact of traumatic societal events, such as the COVID pandemic,” he says.

Former U.S. secretary of state George Shultz, a professor emeritus at the GSB and Hoover fellow, died February 6 at age 100. One of the most consequential policymakers in American history, he served three presidents. Stanford News Service reports on his distinguished career. Robert L. Strauss, MA/MBA ’84, profiled Shultz for STANFORD magazine in 2016.

Former U.S. ambassador to Myanmar and Stanford visiting scholar Scot Marciel explains how the recent coup in Myanmar is a setback for democracy but not the end of the story.

How many have you read? This month, look back at the stories in STANFORD magazine’s Black History collection.

On the next chilly evening, gather ’round the Bluetooth speaker for the Stanford Shakespeare Company’s production of “The Tempest: A Radio Play.”

What’s it like to go to a new doctor when you're LGBTQ? STANFORD magazine spoke with Stanford Medicine faculty Juno Obedin-Malivar and Mitchell Lunn, both MD ’10, the founders of the PRIDE Study, the first large-scale, long-term health study of LGBTQ+ people in the United States, about why the medical research community needs the data this study provides.

Having a sense of humor is essential if you’re a team leader, say marketing professor Jennifer Aaker, PhD ’95, and GSB lecturer Naomi Bagdonas, MBA ’15. But it’s OK if you’re not a natural comedian. “A simple willingness to laugh is enough to have impact.”

How to have better relationships; stress vs. anxiety; some political stuff