Last fall, I took a math class, and it was hard. I hesitate to write an essay centered around a hard college class, but I will because it mattered to me. I am a math major, in my senior year. Before Stanford, I served 10 years in the Navy, some of them as a SEAL, and before the Navy, I worked construction and cleaned office toilets. This class, a graduate course in measure theory, was a prerequisite for things I wanted to do after. “I imagine a future like the one shown in Cosmos,” I’d written in my Stanford application essays, “in which humans have set aside their differences and are exploring distant stars in intergenerational starships.” I was still in the Navy when I wrote that, and the TV series Cosmos: Possible Worlds was what first inspired me to learn more, to take night classes, and to want to be a part of that future.

But this math class, it seemed, would not let me. “Here is a function,” one problem might ask, “whose integral over the n-dimensional real numbers is nonzero,” and I would have to prove something about its average outside of a certain n-dimensional radius. Fall quarter was supposed to be my renaissance, my chance to shake off the dust of two years of isolation, to open up to the world. Instead, I quit my extracurriculars, bailed on social events and turned my daily workouts into walks—during which I reviewed flashcards. I spent mornings on lecture notes, afternoons in office hours, and still I fell behind. I’ve heard people compare math to weightlifting for your brain, but at the time I imagined my brain matter more like a BUD/S student, a SEAL candidate-in-training: hunched over, limping, unevenly sunburned, thighs and armpits chafed raw from the sand, scalp bleeding from where the boat sat on it.

In the throes of all this, I began to wonder, is this really what I’m here for? To race between classes, homework and office hours, to wolf down lunches during online lectures, then spend afternoons in a dim room staring at a blackboard covered with symbols that I barely understand? Outside, people are laughing. They are showered, groomed and wearing nice clothes. They play volleyball on weekends. Not to mention, I’d read somewhere about the Big Freeze and the Big Crunch, how some cosmologists believe the universe will eventually either go on expanding until the last hydrogen atom stops twitching and everything is a homogeneous entropic mush; or it will slingshot back from its expansion and collapse into an infinitely small point of infinite energy, the ultimate hard reset of space and time. What was the point, I wondered, of going to any star at all when they will all one day either extinguish or implode?

I know better than to compare a math class to ancient combat or to the sacrifice of geneticists. But I can still be inspired by them.

My answer came from my metal-obsessed younger brother, who one evening told me to check out an album by some Greek power metal band called Firewind. I did, and one song was a tribute to Leonidas, the leader of the 300 Spartans who, along with a few thousand other Hellenes, fought to death against the vast and technologically superior Persian army at the Battle of Thermopylae. “Molon labe,” Leonidas famously told the emissary who offered them a chance to surrender and put down their weapons. “Come and take them.” His army fought to the last man, even after they were betrayed and outflanked, never with a hope of survival, but only to hold off the advancing forces long enough for the other Hellenes to rally, which they eventually did.

What of these Spartans? They could not even be sure that their struggle would matter: Hellenic city states, at the time, were divided and quarrelsome; many had already surrendered and defected. Could they have imagined that, by holding on to this antiquated code of honor, by defending this mountain pass in a land that was not even yet called Greece, they were preserving an alphabet, a system of citizen empowerment, and methods of scientific reasoning that would one day sweep the globe?

To take a more modern example from Cosmos, what of Nikolai Vavilov, the Russian geneticist who, driven to end world hunger, traveled the world, risking his life to gather specimens of the hardiest food plants, and who, committed to science over demagoguery, died in prison? Or of his associates who guarded the collected specimens during the 28-month siege of Leningrad, and who, adhering to their code of scientific honor, died of starvation while surrounded by literal tons of samples of edible grains and rices? Could they have imagined that, as Neil DeGrasse Tyson tells us, if we ate today, no matter where we are in the world, we likely owe it to them? 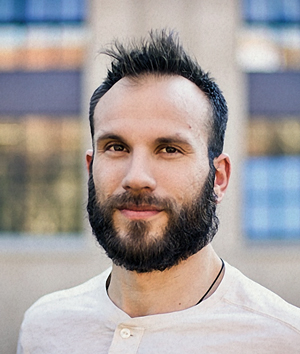 Now, I know better than to compare a math class to ancient combat or to the sacrifice of geneticists. But I can still be inspired by them. Because to me, both Spartans and scientists had one thing in common: a concern for the future. “Rise from the ashes,” one Firewind song says, “Renew the devotion. . . . To be sure that tomorrow will come.” And I cannot imagine a better answer to my why. Not that tomorrow will be glorious or divine, or even better than today, which is so much to ask of a tomorrow, but that it will be there. That, at dawn’s first cracking light, someone you care about will exist to savor the warmth—a thought that, every day that passes, seems less guaranteed.

I believe, then, in doing my part, whatever it is, whatever small piece of accidental existence has been assigned to me that contributes to the world turning. And I also believe this: that the battles worth fighting are the ones that we are not sure that we can win. I believe in humanity, and that we cannot know what we are defending. It is possible, as some cosmologists believe, that we will one day command the energy of a galaxy and escape to another universe altogether. But first, each tomorrow must come. And we come from a long line of ancestors who, when faced with an endless desert, a barren field, or a crashing ocean with no land in sight, decided to take one more step, plant one more seed; to look up at the stars and hoist, one last time, some ragged and windbeaten sail.

I believe in humanity, and that we cannot know what we are defending.

I’m writing this in hindsight, of course. I finished the math class—lost sleep and hair and sanity and acquaintances for it—and still my grade was not good enough. This is not how I expected things to go, and I will have to find another way. But I’m wondering whether there’s anyone else out there who has felt this: Maybe your nonprofit was supposed to take off, you were going to launch that community-supporting small business, or you should have landed that promotion and be able to provide for someone you care about. Maybe you thought you’d have a sponsor for your art by now, or simply have found love.

And all this has been said before, I know, but maybe because it keeps needing to be said. Not because, as French author André Gide wrote, “nobody listens,” but because we keep being human. Because sometimes we forget that our struggles do matter, that our persistence may have payoffs we can’t imagine. Because we need to be reminded that our time—the time of pandemics and civil reimagining, of cyber threats and rising sea levels—is not the time to compromise or question, to self-criticize or doubt. This is the time to spit on our blisters and plant our feet, to crank the tourniquet and grit our teeth; time for rise-up songs, for stand-up-and-fight songs, played from the ancient tune in our bones. It’s time for the answer—the only answer I know—for why we do any hard thing: because there is a tomorrow, or there could be, and it is worth something, or we can make it be.

“Honour to those,” wrote poet Constantine Cavafy, “who in their life set out and guard Thermopylae. Never wavering from duty.” Amen.

Nestor Walters is a senior at Stanford. Email him at stanford.magazine@stanford.edu.