The Freshman on California’s High Court 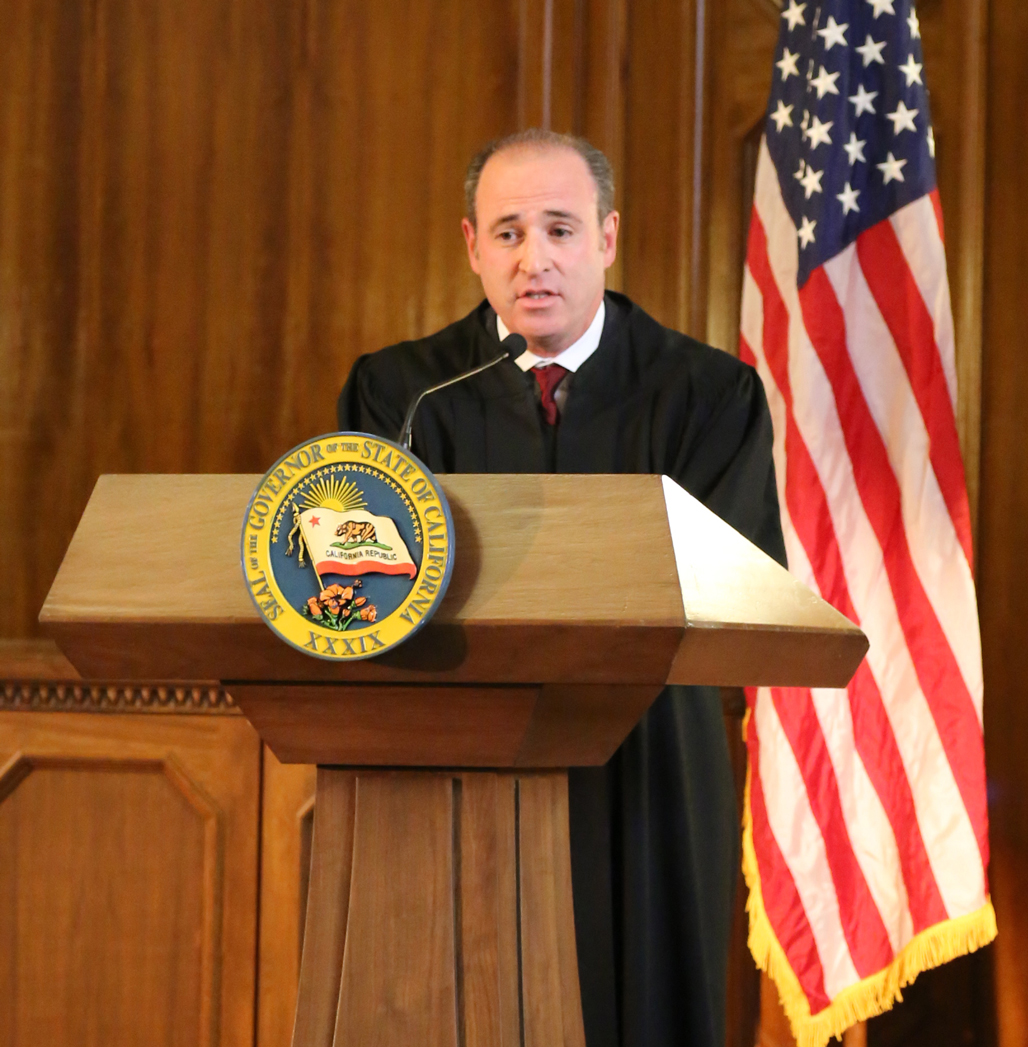 It’ll likely help break the ice that three of his new colleagues owe their own seats in part to Groban’s role as Brown’s chief scout for judges. He helped the governor select Mariano-Florentino Cuéllar, MA ’96, PhD ’01, Goodwin Liu, ’91, and Leondra Kruger.

Settling in seemed more of a challenge in 1991, when Groban arrived at Stanford and met his new Alondra House roommate, Michael Ramadan Jones, '95. “On paper we had nothing in common,” Groban says. “He was from New York City. I was from a small coastal town near San Diego. Indeed, everything about us in terms of our biographies was different.” As Jones, a media strategist for nonprofits, puts it, “He was a laid-back, white, Jewish kid, and I was an opinionated, half-black, half-Arab kid.” Groban: “But whatever secret alchemy Stanford uses for matching freshman roommates certainly worked for us. We hit it off instantly . . . and we still remain incredibly close to this day.” They bonded, Jones said, “because we were both liberal-arts types and the other kids in the dorm were making motherboards out of their bed frames.” If Groban can attain a similar rapport with his new bench colleagues, he’ll have a smooth entrée to the new Brown-majority court.

A Short Nerdy History of Beer

Turns out there are some key Cardinal moments in the story of your favorite brew.