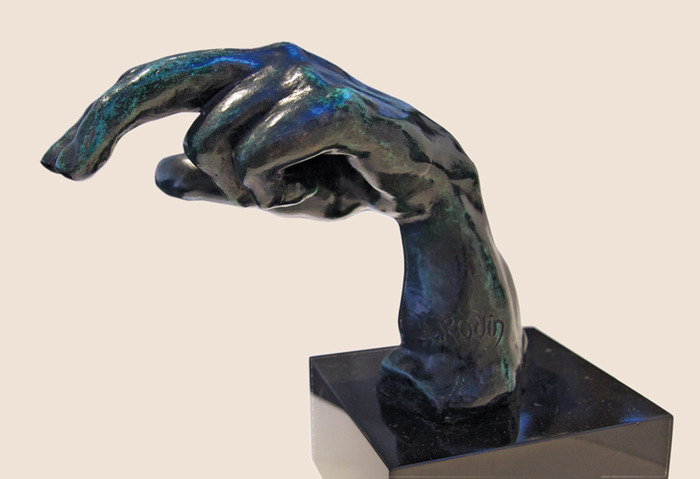 A FOUR-MONTH EXHIBITION opening at the Cantor Arts Center in April features Auguste Rodin sculptures that exalt the human hand. But the show also underscores the breadth of campus collaborations and the novel results they can produce.

Inside Rodin's Hands: Art, Technology, and Surgery (April 9 through August 3) is a presentation that bubbled up from teamwork between Cantor's staff and James Chang, '87, chief of the division of plastic and reconstructive surgery at the School of Medicine. Chang, who has an international reputation for hand reconstruction, had made Rodin's creations a central element in the syllabus of his undergraduate seminar on hand anatomy. That class fueled interaction with Cantor's scholars, including curator Bernard Barryte, and eventually drew in Connie Wolf, '81, Cantor's director since the start of 2012.

Wolf quickly recognized an opportunity to further two of her signature goals. Expanding the partnership with Chang would deepen the connection between the arts center and the rest of the University. Even better, a public show would underline the museum's interest in broadening its audiences in both the academic and local communities.

The upshot is an exhibition that organizers hope will hook visitors because of its intriguing basis—the link between Rodin's sculpture and medicine—and then fascinate with intricate details. It may sound odd to say there's something for everybody in a show highlighting one angle of a single artist's career, but its exposition takes various forms. Eight historical books will offer a different kind of eye appeal: anatomical engravings from centuries ago. And the here and now of computer wizardry will offer a look "inside" Rodin's hands via iPads, thanks to the technological services of the Medical School's division of clinical anatomy. 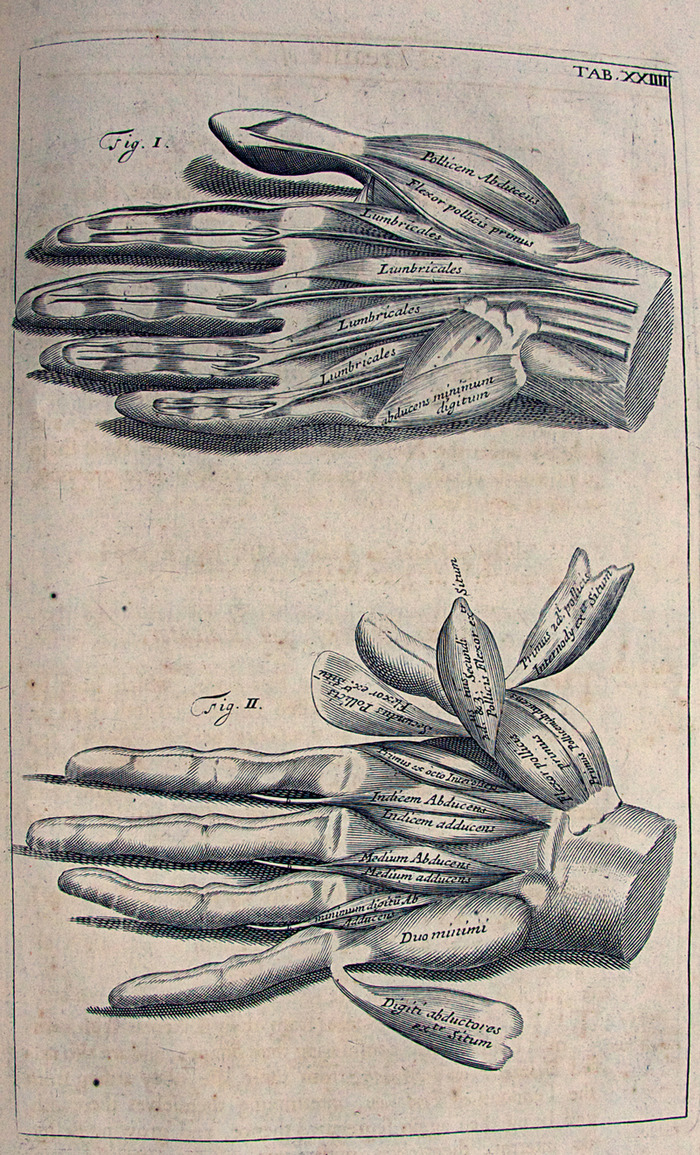 UNDER THE SKIN: John Browne's Myographia Nova (1697) features in the exhibition. (Image: Courtesy of the Cantor Arts Center)

Rodin (1840-1917) made an assortment of hands that appear to accurately represent disabling or painful conditions such as malformations and contractures. That alone offers a provocative way of looking at his pieces, 10 of which will be on display. Rodin experts know he had an understanding of various hand impairments; the result is naturalistic sculpture that commands attention for its details as well as its expressiveness.

There may not be anyone who appreciates this more than Chang. Cantor's café was a dinner spot for him and his wife when they were medical residents at Stanford, and they liked bringing along their two young daughters, who could play on the grass not far from the outdoor sculpture garden. Chang sometimes hung out at Cantor as an undergrad, but something deeper clicked for him when he became a physician, and the museum and Rodin became part of a family love affair. "The more I specialized in hand surgery . . . all those hands had some connection to one of the patients I was treating," he says. 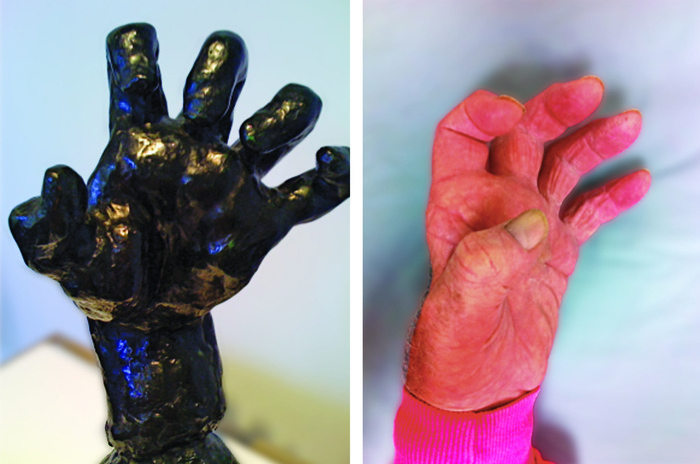 ART AND LIFE: Charcot Marie Tooth disease. (Photos: Courtesy of the Cantor Arts Center (left); Courtesy of James Chang)The classroom proved the best place to pass along that sense of inspiration. His seminar—Surgical Anatomy of the Hand: From Rodin to Reconstruction—attracts students with varying goals. Some are premed, some not. One was disabled and hoping to figure out how to use his hands better. Some budding engineers sought insights into building robotic hands. A baseball pitcher wanted to understand the mechanics of a grip.

The course ranges from dissection of cadaver arms to a Barryte talk on Rodin to lectures by Chang on medical techniques such as tissue engineering and hand transplantation. Students have to analyze a Rodin hand in terms of its anatomical problem and present a plan for surgical reconstruction.

As Chang refined the course, he worked with the anatomy division to develop computer-generated views of the internal structure of the sculpted hands, including blood vessels, bones, nerves, tendons and tissue. This augmented reality, conceived as a teaching tool for examining the medical deformity in a Rodin hand, has been incorporated into the exhibition. Four iPads will enable visitors to share the experience. Key to the effort were consulting associate professor W. Paul Brown, production manager Matt Hasel and medical artist Sarah Hegmann.

"The exhibition," says Wolf, "is about the integration of the arts and sciences—and in such a profound and authentic way."

A Stone Age city thrived for more than a millennium, then vanished. Ian Hodder is leading a 25-year investigation.