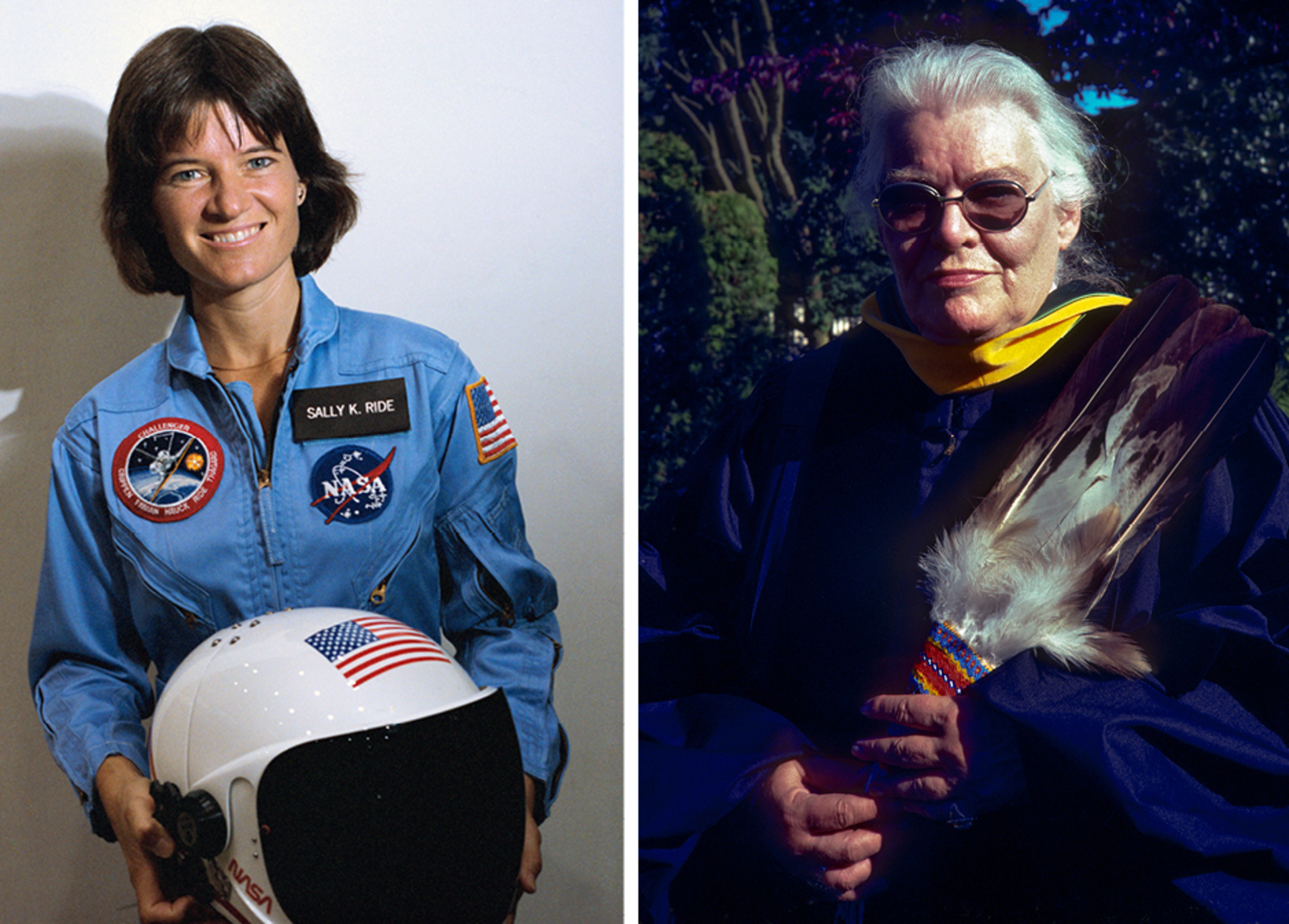 New names have been chosen for two houses on campus formerly named for Junípero Serra, the Spanish priest who founded the California mission system. In 2016, members of Stanford’s Native American community requested that the university remove references to the Catholic saint in recognition of the mission system’s subjugation of Native peoples. A university committee recommended in August that the two buildings and Serra Mall—the street that serves as the university’s main address—be renamed.

The freshman dorm in Stern Hall is now called Sally Ride House in memory of Ride, ’73, MS ’75, PhD ’78, a physicist and the first American woman in space. And the house that headquarters the Clayman Institute for Gender Research is now the Carolyn Lewis Attneave House. The late Attneave, MA ’47, PhD, ’52, was instrumental in establishing the field of Native American mental health. Pending approval from Santa Clara County and the U.S. Postal Service, Serra Mall will become Jane Stanford Way.

Eliane Mitchell, ’19, is an editorial intern at Stanford.

Focusing on What Matters

Your Wisdom in Five Words

We asked. You came through.