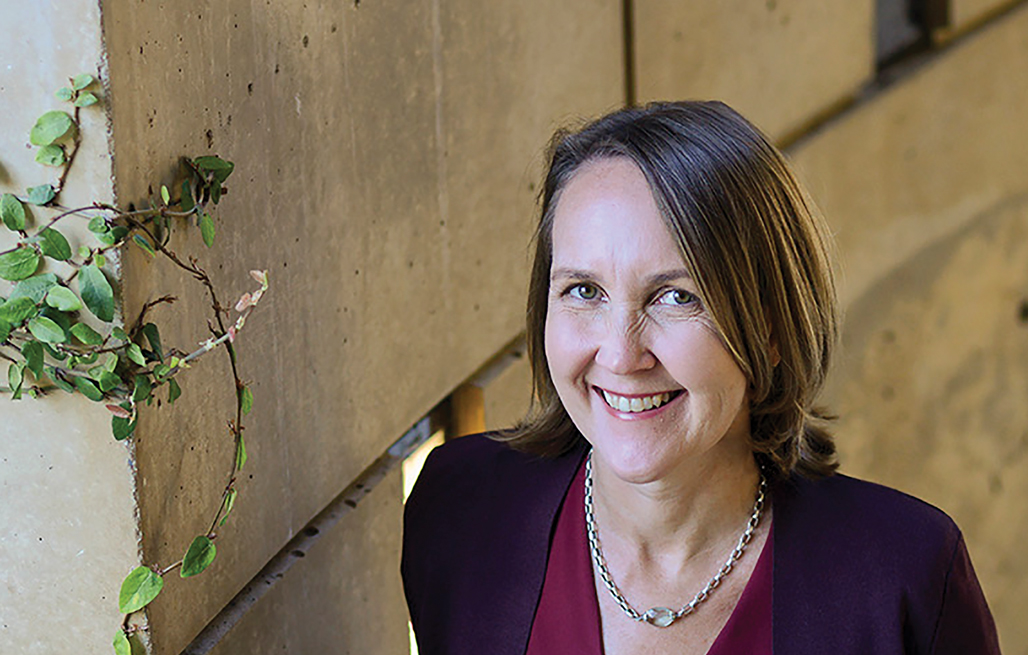 Jenny Martinez became the dean of Stanford Law School on April 1. A scholar of international and constitutional law, she earned her law degree from Harvard, clerked for Supreme Court Justice Stephen Breyer, ’59, and joined the Stanford faculty in 2003. But her experience with the legal profession began at home. . . .

Her aunt was a software engineer and her mother a lawyer at a time when few women chose those paths. But growing up, Martinez saw their careers as normal. Watching a courtroom drama on TV one day, she exclaimed, “I didn’t know men can be lawyers!”

An Early Advocate for Free Speech

When she was a senior at Yorktown High in Arlington, Va., the yearbook staff conducted a schoolwide survey on drugs, alcohol and sex, but the principal forbade its publication. Even though Martinez wasn’t on staff, they asked for her help, since she was known for her interest in constitutional rights. She organized a protest and put up flyers on First Amendment rights, which the vice principal confiscated. But when she found a pro bono lawyer through the ACLU, the school district soon relented.

Many Paths and Passions

As an undergraduate at Yale, she loved journalism, chemistry and physics, but majored in history. Her thesis was on freedom of the press and African-American newspapers in the South after Reconstruction. She would later employ her skills as a historian in writing The Slave Trade and the Origins of International Human Rights Law.

From the Courtroom to Academia

Martinez found her passion for international law as an associate legal officer at the International Criminal Tribunal for the former Yugoslavia. The trial addressed the 1995 ethnic cleansing in Srebrenica, Bosnia. She heard testimony from boys who survived by lying overnight under dead bodies and from mothers whose teenage sons were torn from their arms. She realized that as a professor she would have time to study the role of international law in preventing mass atrocities.

The Importance of Voice

Her favorite case was against the Japanese government. She represented World War II–era “comfort women,” who had been forced into sexual slavery by Japanese soldiers. Elderly women flew in from Korea for the argument. “For these women,” she says, “it was empowering to have their day in court after all of those years.”

Democracy and the Rule of Law

A major challenge facing the Law School, as she sees it, will be to imagine the future and how laws will operate then. “This is a moment in world history when we see democracy, human rights and the rule of law globally in a period of backsliding, and it’s more important than ever to think about the ways in which law and the rule of law help create societies in which people can flourish.”