Leland Stanford and I have one thing in common: railroad troubles. 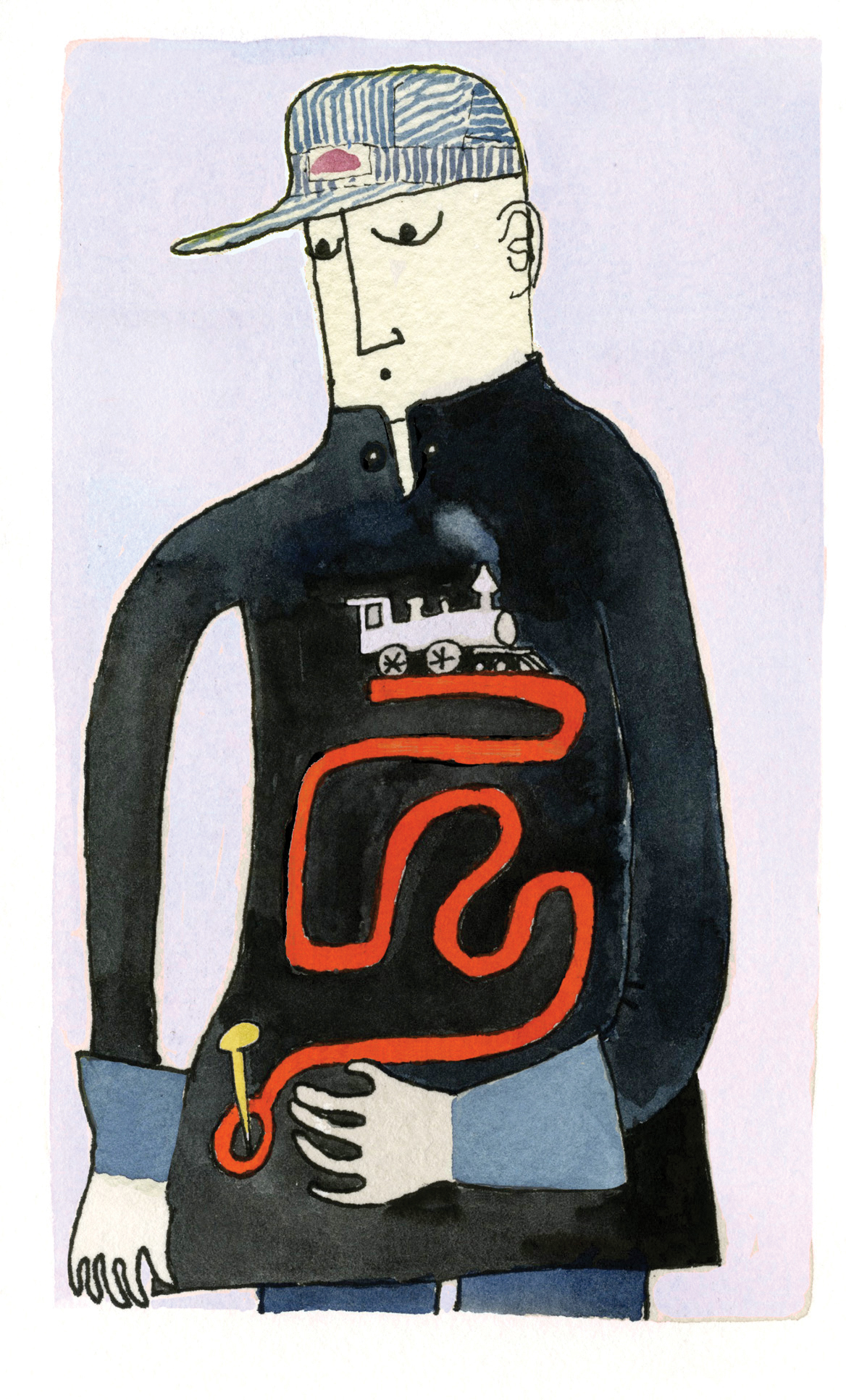 On May 10, 1869, Leland Stanford stepped up to the Golden Spike, the final link in the United States’ first transcontinental railroad. As the story goes, he raised his silver-plated maul, brought it down—and missed, striking the railroad tie.

To commemorate the sesquicentennial of Stanford’s swing-and-miss, I’d been building my own model of that railroad. But before I could drive home my final spike, disaster struck.

I’d made plenty of model railroads, but this layout was my tiniest yet—220 times smaller than the real thing. Stanford’s spike was 17.6-karat gold and symbolic; mine were steel and sword-sharp. They were also minuscule and easy to misplace.

Like carpenters, model makers routinely hold their next-up nails firmly between their lips. In the absence of a third hand, it’s the most convenient place to stash them. As far as I knew, I’d driven all the nails I’d mouthed into my railbed.

Months later, I was in the middle of having a routine MRI when the technician brought the machine to a halt.

“You’ve got an artifact in your gut,” he said. Recalling my Stanford days in archaeology, I joked, “An arrowhead in my belly?” The tech deadpanned, “In medicine, an artifact is a foreign object that doesn’t belong in you.”

Up until then, I had attributed reoccurring episodes of nausea and stomach pain to having eaten expired sour cream or salsa. I love to eat but hate to waste. The tech asked me to schedule an X-ray to see what the artifact was. I dawdled, trying to avoid more tests.

My comeuppance came a few weeks later. I was at a nearby bar, enjoying a glass of wine with my friend Paula. In too much pain to finish, I left for home and headed toward the sofa. Paula followed me home and called my sister, Mary, a nurse. They prodded me to the emergency room.

If you’re going to swallow a nail, the smaller the better, right?

An ER physician speculated that I had acute appendicitis, and an X-ray confirmed the presence of a foreign object. It was after midnight when the abdominal surgeon arrived.

If you’re going to swallow a nail, the smaller the better, right? Not in my case. The appendectomy took the surgeon twice as long as he’d expected. He discovered that the spike I’d swallowed was trapped in my appendix and had perforated it. He eventually extracted the tiny invader through an incision in my navel.

Gangrene and emerging sepsis complicated my recovery. Six months later, I’m fine—and I might even become infamous: My surgeon is writing an article about my operation for a medical journal.

Leland Stanford’s spike is engraved with his name and resides in the Cantor Arts Center. As for mine, I couldn’t care less what happened to it. I’m just glad it’s out of me.

It was months before I had the energy to finish building my railroad. With an extra dose of caution, I kept the final spikes away from my mouth. After all, I’m not as tough as nails.

Chuck Fulkerson, ’70, lives in Newtown, Conn. Email him at stanford.magazine@stanford.edu.