People are happier, but less informed. 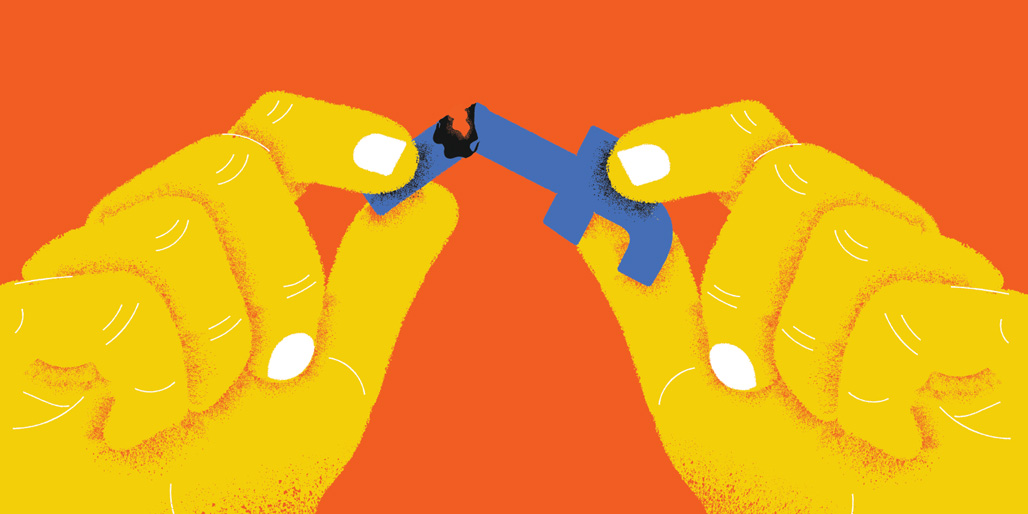 If you’ve told yourself that you should get off Facebook or you’ve taken a break from the habit-forming social network to prove you can live without it, Stanford economics professor Matthew Gentzkow has news for you.

In a study of 2,743 users conducted in the run-up to the 2018 midterm elections, Gentzkow and his colleagues examined the impact of the platform on individuals and society. They found that Facebook users were more anxious, less happy and more politically polarized than people who stayed off the site for a month—but they also knew more about current events.

“We didn’t set out to outline the worst things about Facebook,” Gentzkow says. “We wanted to give a fair exploration of what is valued.”

Published online in January as a National Bureau of Economic Research working paper, the research highlights the “double-edged sword” that is social media, says Gentzkow, a senior fellow at the Stanford Institute for Economic Policy Research, who co-authored the paper with doctoral candidates Luca Braghieri and Sarah Eichmeyer and NYU associate professor of economics Hunt Allcott, ’02.

The researchers recruited subjects who spent at least 15 minutes a day on Facebook and were willing to deactivate their accounts. Some were randomly assigned to a subgroup that was paid to stay off Facebook for four weeks.

The results offer a window into what happens when people get off Facebook:

Most surprising, says Gentzkow: When the study ended, the people who had gone without Facebook did not race to log back in.

“I realized how much time I was wasting,” one study participant told the researchers. “I’ve been reading books and playing the piano, which I used to do daily until the phone took over.”

In Moments of Stress, Take a Little Meme Time.

How to Change Hearts and Minds