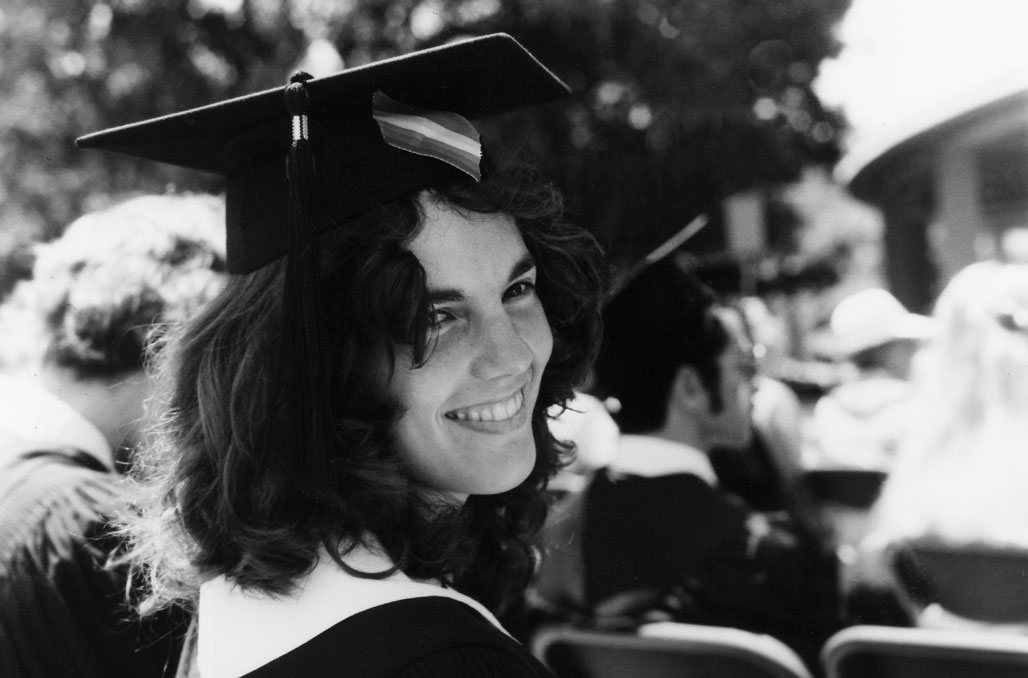 The quests for dark matter in the cosmos and for inclusivity and diversity in science marked Ann Nelson’s career as a prizewinning theoretical physicist.

Ann Elizabeth Nelson, ’80, who taught at the U. of Washington, died August 4 when she fell while hiking with her husband and friends in the Central Cascades. She was 61.

In a field dominated by men, Nelson never let her gender inhibit her passion for science. As a high school senior in Lafayette, Calif., she enrolled in physics classes at UC Berkeley. The only time she felt slighted, according to David Kaplan, ’80, her husband and a fellow UW physics professor, was when her high school science teacher excluded her from the all-male math team.

At Stanford, Nelson was one of a handful of women who took advanced freshman physics and honors calculus. “My first impression of her,” says Kaplan, “was being struck by how she would fall asleep in the front row of class and snore, while being the only person to get A-pluses on all
her tests.”

Nelson earned a PhD at Harvard, where she and Kaplan studied with the prominent theoretician Howard Georgi, who eulogized her as “the only student I ever had who was better than I am at what I do best.”

Her research sought to expose and address the shortcomings of the Standard Model, the long-accepted basis for explaining how particles in the universe interact. For her work, she won the J.J. Sakurai Prize, considered the highest prize in particle physics outside the Nobel, as well as a Guggenheim Fellowship and election to the National Academy of Sciences.

“My wife never bragged,” says Kaplan, “and she never said anything bad about anyone—and that’s incredibly rare in the academic world.”

As a mom, Nelson was known for donning an Easter bunny costume and hopping around the park hiding eggs for her children and their friends, recalls her daughter, Sierra Kaplan-Nelson, ’16.

After Nelson’s death, her husband received a message from a former Stanford graduate student who’d attended a research seminar Nelson had taught at the Stanford Linear Accelerator Center. “Sitting at her talk I suddenly found myself crying,” the former student, now a professor, wrote. “For the first time in my life I saw someone who looked like a possible extrapolation of myself . . . I never thought about becoming a physics professor as a realistic option, because none of the physics professors were young women.”

In addition to her husband and daughter, Nelson is survived by her son, Gabriel Kaplan-Nelson; parents; and two sisters.