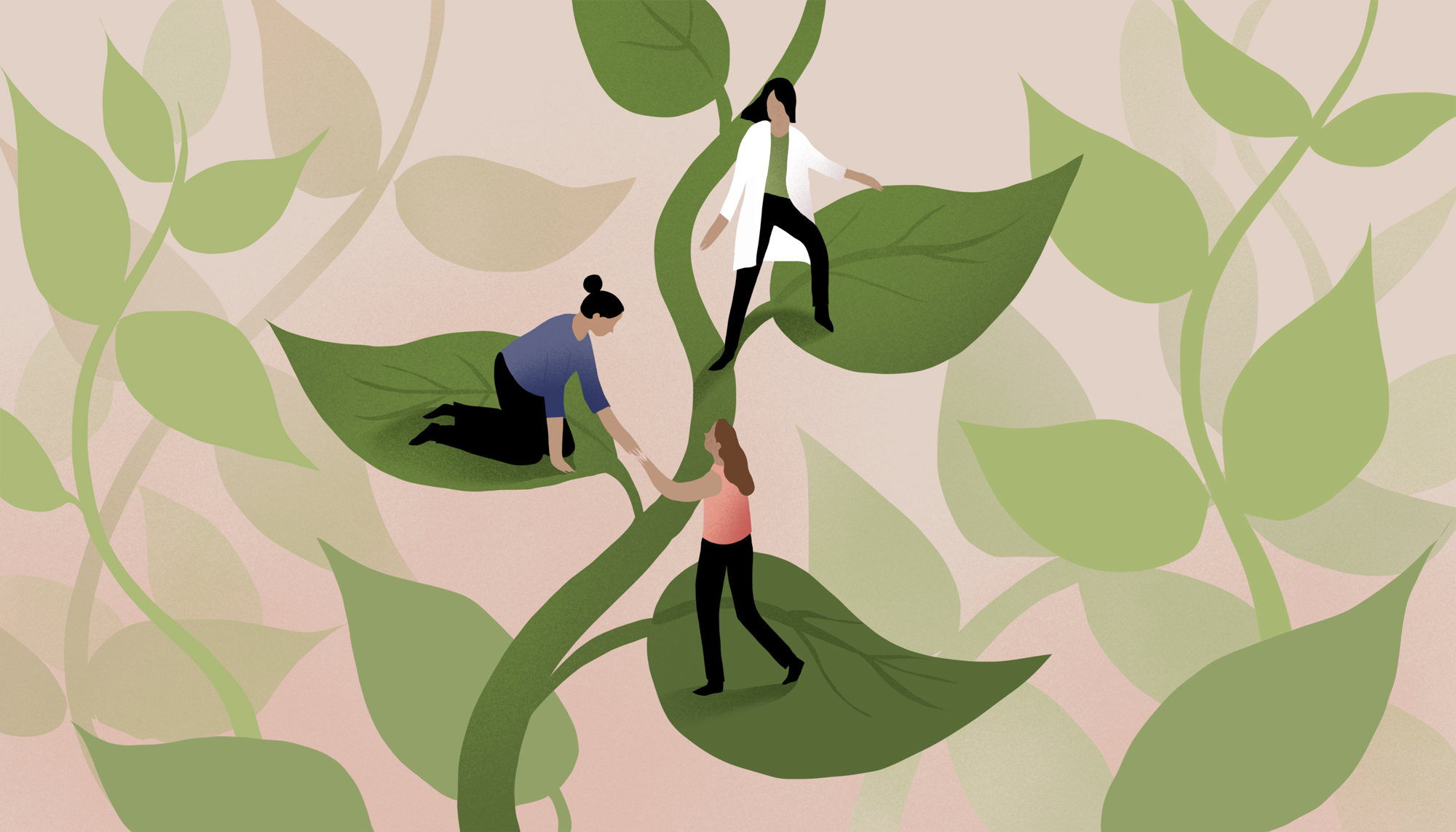 In 2001, I was teaching advanced biology at a school near Stanford. One of my most memorable students was Anna, a senior with a wide—perhaps quirky—range of interests.

That fall, Anna developed an interest in ants. No one thought this was going to last—an engineering field seemed a more likely long-term pursuit—but when she asked if I knew of any internships where she could study ants, I knew it would be worth helping her find one.

I didn’t know of any internships, but I did know of Deborah Gordon, MS ’77, a Stanford biology professor who was doing important research in ant ecology. I’d never met her, but we talked by email, and Deborah welcomed Anna into her lab.

Then I got another email from Deborah, asking whether I was the Judith Wagner who’d taught Bio 23 in the spring of 1977.

Bio 23 was the population biology segment of the biology core curriculum. I was finishing my doctorate that spring, and was hired to teach it while the regular instructor was on leave. Bio 23 enrolled something like 300 students, and it met in Dinkelspiel Auditorium three times a week at 9 a.m. I was an experienced teacher, but I’d never taught a class that big. So I didn’t get to know those students, although I do remember that one came in every day, sat in the same seat in the front row, and went to sleep.

And I’d had no idea that Deborah Gordon, then a master’s student, was in that class. In the spring of 2002, she wrote to me that “it made a difference to me to see a woman standing up there giving the lectures—I don’t think I had encountered any women scientists in college.”

That was not a surprise. In 1977, the number of women professors in biology was small at many universities; the only one at Stanford was Isabella Abbott at Hopkins Marine Station.

But, I replied to Deborah, I could never have imagined, at that early stage in my professional life, that I might be making a difference to someone. To hear about it 25 years later was beyond amazing. Then Deborah sent me a copy of her book Ants at Work, inscribed “Thanks for being there in 1977.” It made not just my day—more like my year.

For me, this is a story not just about coincidence, or the importance of role models, or how your teachers would love to hear from you if they made a difference in your life. It is about doing your best work, just because that’s what you love and it’s what you do—and once in a while, you might find out it made a difference for someone even though that’s not necessarily why you were doing it.

As for Anna, she went on to study materials science, and she’s been doing research with important public health implications. I’d like to think that the encouragement she received to study ants, when that appealed to her, helped make Anna’s already sturdy sense of possibilities even stronger. At least we know she didn’t have to wait until she’d finished college to encounter any women scientists.