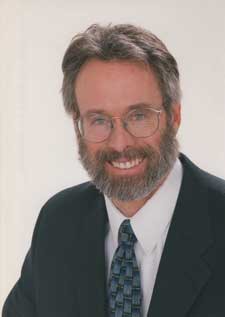 In 2016, as Massachusetts considered a ballot proposition to legalize marijuana, Michael Milburn, ’72, realized he could solve a major problem its passage would introduce: He could invent a way to test whether a person is too high to drive.

No reliable Breathalyzer exists for marijuana. Police can test for the presence of the drug with a saliva swab, but the results aren’t that useful—marijuana’s intoxicating agent, THC, lingers in the bloodstream for days or even weeks, and its presence doesn’t correlate with a person’s level of impairment.

Hearkening to the roadside balance and speech tests of yore, Milburn, a psychology professor at the University of Massachusetts-Boston, created a smartphone app that takes users through a series of tests measuring focus and reflexes. “The app is a general measure of impairment,” says Milburn, who has specialized in measurement, research methods and statistics for 40 years. “It does that by using neuroscience measures of reaction time, hand-eye coordination, time estimation and balance.”

Dubbed DRUID (driving under the influence of drugs), the app costs 99 cents and takes just a few minutes to use. Although it’s currently marketed to drug users, who can use the app to gauge whether it’s safe to get behind the wheel, Milburn believes it could be a tool to aid police officers after more tests establish its effectiveness. It can also detect impairment from alcohol, sleepiness and other factors.