New Coach on the Court

For basketball's Haase, it's all about balance. 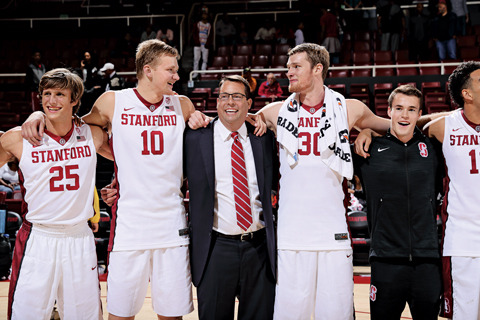 What exactly does it mean when a coach comes to Stanford with a full-fledged understanding of the scholar-athlete ideal? Jerod Haase, in his first season guiding the men’s basketball team, provided an example almost nonchalantly as he talked about the importance of a balanced life for everybody involved in the program—players, coaches and staff. “When our players need to take a final or be in class, they don’t need to be worried about the pick and roll.”

Does that seem obvious? It’s not, and the reasons are abundant. The pressures of playing in a major conference, the high aspirations embedded throughout the athletic department and the passion that’s built into the competition can lead to an all-consuming involvement. And often do. Can a coach really provide perspective while also stoking intensity?

So much for the clichéd view of Haase, 42, whose last four seasons were spent as the head coach at the University of Alabama at Birmingham (reaching the NCAA tournament in the 2014-15 campaign).  The two-dimensional synopsis of Haase is that his personality ranges from zealous to frenzied. He’s the guy who played his entire senior season at the University of Kansas with a broken bone in the wrist on his shooting arm. He’s the guy who wrote about his college hoops career in a book whose title, Floor Burns, celebrated his aggression and relentlessness in diving after loose balls. He’s the guy who talked after his hiring at Stanford about his attack mentality.

But even as games got underway in November, the balanced Haase—the family man who has been fountain-hopping the campus with his wife and their three young children—was just as much in evidence. He was talking about having players over to dinner, and he was talking about what it takes to do the supervisory and organizational sides of his job in overseeing a staff and coordinating everybody’s work. “I take a lot of pride in trying to administer the big picture. . . . Judgment and decision-making are really, really important,” he says. “I do believe in trying to treat people the right way. I do believe in the Golden Rule.” 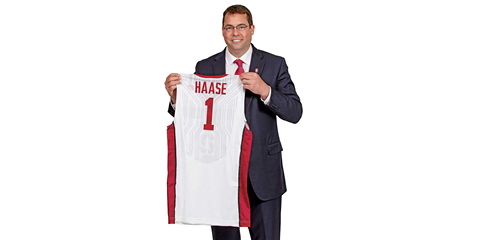 It’s a rare coach who doesn’t come with linchpin mottoes or catchphrases, and Haase is no exception in that regard. He proclaimed three core values—investment, toughness and selflessness—and went on to declare that he couldn’t imagine they would change over any amount of time,  even “if I’m lucky enough to be the coach here for 25 years.” It’s a way of saying “This is who we are,” no matter who’s actually on the team at any given time. And when a program is regrouping, when everything is largely starting over after only one trip to the NCAA tourney in the previous eight seasons, those values provide a sense of identity in lieu of an established team chemistry and success.
In the season’s early going, the team’s leading offensive forces were junior forward Reid Travis, the top scorer and rebounder, and junior swingman Dorian Pickens, the squad’s major three-point threat. In each case, their contributions were symbolic of a new era: Travis appeared to be fulfilling his potential after missing the last 22 games of the 2015-16 season with a leg injury, and Seton Hall’s coach was quoted after a loss to the Cardinal about how significantly Pickens had progressed since last season.

For Haase, the individual accomplishments were taking place in the context of a broader achievement—a motion offense that’s built around players being active in passing the ball, setting screens and making quick cuts to create maneuvering space or getting open for shots. You might guess that Haase likes the commitment and selflessness involved. “It’s not about one person,” he notes. “With that offense, you get a lot of investment from the players, and enjoyment as well.”

Haase played for Hall of Fame coach Roy Williams at Kansas after transferring from Cal; later he was mentored by Williams for 13 years in staff and assistant coaching roles, first at Kansas and then at the University of North Carolina, where Williams continues to coach. Then came the Alabama-Birmingham job before athletic director Bernard Muir zeroed in on Haase after observing the energy and intensity that emanated from his players.

For all his preparation, Haase has developed a clearer understanding of what the Stanford job entails in the way that only happens once you’re on the inside of the situation. “I’m crystal clear on the challenges,” he says. Most of which are conspicuous, including the need to draw more fans from throughout the Stanford community and build a vibrant home-game atmosphere.

But as conscious as he is of the challenges, he’s just as clear about the “high side” of what can be achieved. “And I’m just as confident about the path to that as well,” he says. 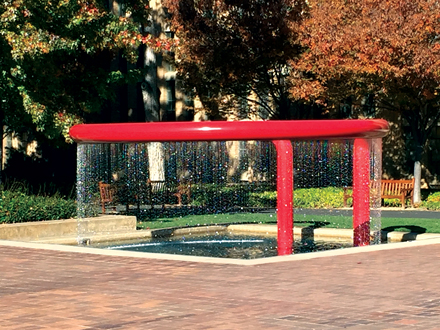 The Jerod Haase family could give visitors to Stanford a unique wading tour of the campus. Not walking. Wading.

The new men’s basketball coach, his wife, Mindy, and their three young children—Gavin, Garrett and Gabrielle—are acclimating to their home on the Farm with, well, a splash. One of their new favorite outings is fountain-hopping, and they’ve personalized the experience by nicknaming whatever they plunge into.

The large fountain that owns the circle between Hoover Tower and Memorial Auditorium: That’s “The Godfather.” The shower-style one with red paint outside Green Library at the Coupa Café is “The Terminator” because of the pain it inflicted when one of the kids bumped against a sunken light fixture. And at the Bing Wing of Green Library, there’s the Centennial Fountain, whose shallow pool and large raised bowl in the middle earned it the appellation “The Bathtub.”

No, says Haase, it’s not just Mom and Dad watching the kids. He’s in for whatever it takes as long as he’s at Stanford.

Who has Jerod Haase surrounded himself with? In addition to assistant coaches, the list includes the man who coached him in high school. 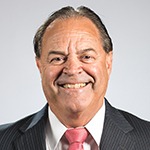 Tom Orlich comes to Stanford this season as director of basketball operations. His career includes coaching from 1976 to 2000 at South Lake Tahoe High, where Haase starred in leading the team to a state championship in 1992. 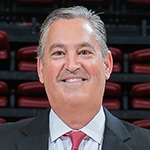 Jeff Wulbrun has followed Haase to Stanford as an assistant coach after serving on his staff at the University of Alabama at Birmingham. 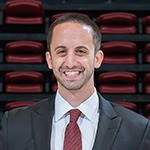 Adam Cohen is in his first season as an assistant coach on the Farm after two seasons in that role at Vanderbilt, and one each at Harvard and Rice before that. 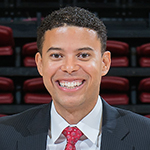