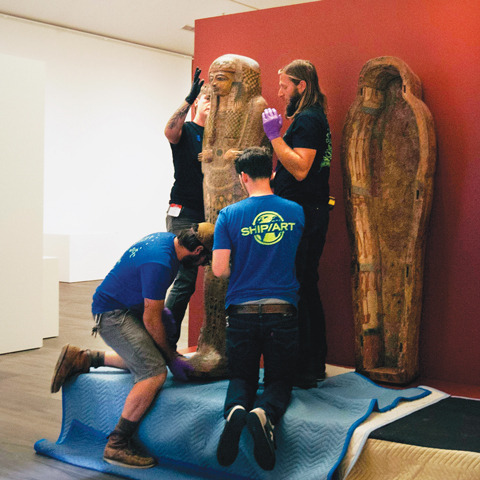 If you tend to picture art museums being as static as marble statues, look again: Earlier this fall, the Cantor Arts Center completed a major overhaul of its second floor, gutting three galleries and fully reinstalling works in another two. It’s the largest reworking of the museum since 1999.

“Of course there have been rotations” in the past, says Alison Gass, Cantor’s chief curator and associate director for exhibitions and collections, “but they’ve mostly been a reorganization of the same works.” The six-week-long face-lift, however, brings new works to the galleries as well as new layouts that allow for more exhibit rotations. With the museum able to “use the collection as a variable backbone of sorts,” says Gass, “there are so many stories you can tell.”

The first of those narratives is an ambitious exhibit, Object Lessons, spanning 2,000 years of Western art and three of the new galleries. Developed with the department of art and art history, it features major works from the department’s introductory survey syllabus, arranged to show how artistic themes and techniques evolved over the centuries. The longer “sight lines” created by the galleries’ redesigned floor plans will help museumgoers visualize those changes across the exhibit, while also offering open space for professors to teach.

“A gallery is a place for conversation,” Gass says. “It’s a place for observation—not a place to just stand at quiet remove.”

Additional changes include a reinstallation of the Modern and Contemporary galleries, featuring postwar American art never before shown at Cantor, and a fourth Lessons gallery opened in November, which will exhibit modern and contemporary works from China.

New Coach on the Court

For basketball's Haase, it's all about balance.