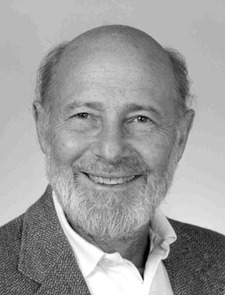 From asking why teapots drip and ponytails swing side to side to studying the waves caused by atomic bombs and how earthworms move, Joseph Keller developed mathematical theories that ran the gamut from the seemingly mundane to field changing. Throughout his career in applied mathematics, he demonstrated a willingness to engage intellectually with a variety of topics, a trait that earned him some of the world’s most prestigious honors—together with two Ig Nobel Prizes for work “that makes people laugh, and then think.” He spent the final years of his career at Stanford, where he was a member of the faculty for 14 years.

Joseph Bishop Keller died on September 7 at his home in Palo Alto from kidney cancer. He was 93.

Keller, a New Jersey native, was born into a mathematical family. He and his brother, Herb, who became a math professor at the California Institute of Technology, would solve mathematical puzzles with their father over dinner. He competed on his high school’s math team before enrolling at NYU, where he earned three degrees and taught for 30 years.

During his tenure at NYU, he helped build the Courant Institute of Mathematical Sciences. He also developed his geometrical theory of diffraction and the Einstein-Brillouin-Keller method for computing eigenvalues in quantum mechanics. His theory of diffraction, for which he is best known, explained how acoustic waves and other types of waves travel, bounce off objects and bend around corners.

Keller met his wife, Alice Segers Whittemore, at NYU when she was a research fellow in his department. “We would meet to discuss math every week,” she recalled. “We knew our relationship was changing when he held my coat as I was leaving.” Today, Whittemore is a professor of epidemiology and biomedical data science at the Stanford School of Medicine.

Keller moved in 1979 to Stanford, where he served as professor of mathematics and mechanical engineering. “He was extraordinarily clear in his mathematical ability,” said his former student John Hunter, MS ’79, PhD ’82. “I learned methods of tackling problems that have influenced my whole career.”

As a result of his research, Keller earned numerous accolades, including the prestigious Wolf Prize in Mathematics and the National Medal of Science. “Joe was such an amazing person, a great mathematician and a fantastic colleague,” Eleny Ionel, chair of the Stanford mathematics department, wrote in a tribute.

Besides his wife, Keller is survived by Sarah and Jeffrey, his children from his first marriage, to Evelyn Fox; his stepdaughters, Gayle Whittemore and Margot Palermo; and 10 grandchildren and stepgrandchildren.

Miguel Samano, ’19, is an intern at Stanford.