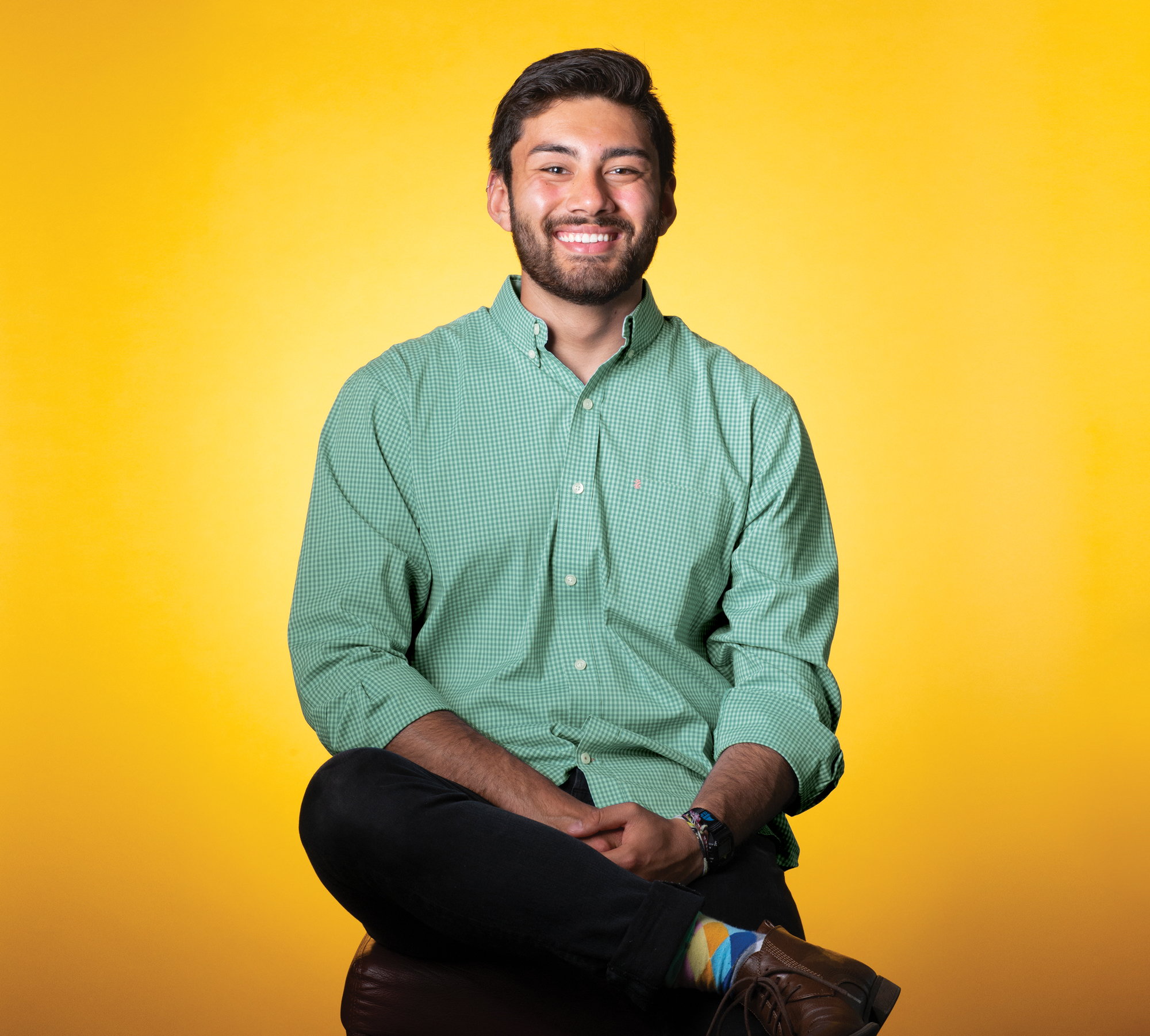 Seeing the recruitment flier for Stanford Sierra Camp changed everything. Specifically, the photo of a counselor water-skiing in a chicken costume. Then-freshman Arnold Flores (A.J.) Aldana Jr., ’20, thought he’d better apply. He called up his intended summer employer, a cardiovascular engineering firm, to tell them sorry, but he wouldn’t be joining them after all: “I think I’m going to do something kind of wild,” he explained.

Three years later, Aldana has tied up his third summer as a Sierra Camp counselor, an experience that has helped bend his career trajectory toward teaching. A product design major and first-generation college student, Aldana says he is concerned primarily with the human side
of his studies and how he can use that knowledge to inspire youth. “This is one of my most important values in life: Once you give a little kid someone to look up to or someone to empower them, they have the potential to do anything.” He predicts he might one day teach English or biology to sixth graders. But first, as senior class co-president, he’s got a cabinet to run, capping a dash through campus leadership that involved fundraising for Lucile Packard Children’s Hospital Stanford, mentoring Pilipino high school students, being a freshman RA, and serving on the sophomore and junior class cabinets.

‘I put in 110 percent, but that little voice always says, ‘You could have done 10 percent more.’ 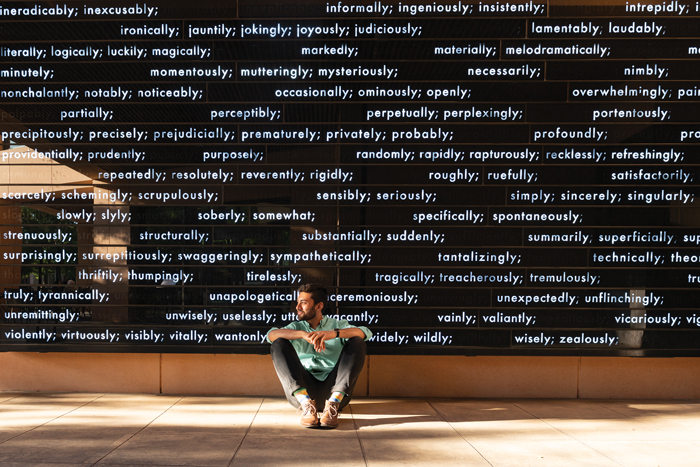 “I think a lot of school districts are like, ‘Hey, you want to teach English? You have to [make students] read from this canon of literature and [write] essays.’ I would try to find those gaps you can latch on to and say, ‘OK, they said essay. Let’s do an essay, but let’s do one that people can add art to.’ I’d try to find ways to make school more than just seven hours we’re stuck here.

“I’m not the most stereotypically hypermasculine guy. Camp provided me with a way to be affirmed in being a little bit more animated and embracing the parts of masculinity that aren’t so traditional. Being empowered to be like, ‘Hey, yeah, I’m a little more bubbly. I’m not afraid to share my emotions. I can lean into when I want to cry and be OK with it.’

“My mental health growing up was not great. I definitely had anxiety. Even with as much confidence as I espouse now, it is not to the level that I think other people perceive me as having, which is a crazy phenomenon to always battle.

“When I was most challenged at school and facing the most self-defeat and self-antagonism, I’d say, ‘Mom, I just feel like I’m not doing enough.’ And she’d say, ‘I wish you could see yourself from our eyes.’ It was always this self-applied pressure. I think it goes back to [practicing] the spelling lists in elementary school—if I even got one letter wrong, I would make us start the whole thing over.

“[When I was learning to slalom water-ski at Sierra Camp], my co-counselor said, ‘I just want you to say, “I’m doing it.’ ” So I said, ‘I’m doing it.’ Then he pulled me [with the boat], and I got up and felt the freedom of doing something I told myself I would never do. Back on campus, my resident fellow told me, ‘A.J., you have a confidence you’ve never had before.’ To feel that difference was so bizarre and so exciting.”