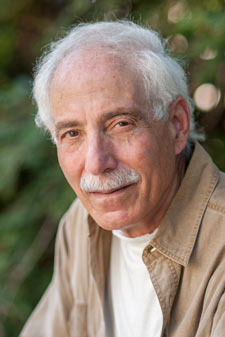 Attentive to language and to life, John Felstiner, who taught in the English, Jewish studies and comparative literature departments, had a keen ear and a clear eye. His two books on the hard work of translation, one on the Chilean poet Pablo Neruda and the other introducing Paul Celan, the postwar German poet, to English-speaking readers, were recognized as exemplary among their kind.

He was born in Mount Vernon, N.Y., in 1936, and educated at Phillips Exeter Academy and at Harvard. From 1958 to 1961, he served on an aircraft carrier in the Mediterranean, after which he returned to Harvard for his PhD. In 1965, Felstiner arrived at Stanford; he became an emeritus professor in 2009.

Felstiner’s interests were panoramic. His first book was on the British caricaturist and parodist Max Beerbohm; he was an athlete and a singer; and he was a co-editor of Jewish American Literature: A Norton Anthology. With his wife, Mary, a critic and historian, he delved into the horror of the Holocaust, co-teaching classes on creative resistance during the Nazi era. In Translating Neruda (1980), which he was inspired to write after a year teaching in Peru, and Paul Celan: Poet, Survivor, Jew (1997), he sketched out a compelling personal story of the patient and thankless work of the translator, searching for a way to bring the particular experience of one world into another.

The translation workshops he held at Stanford were a West Coast oasis for the discipline. His former student Olivia Sears, at the Center for the Art of Translation, remembers his informality: no briefcase, arriving by bicycle, always ready to encourage and participate in students’ explorations in literature. Felstiner’s memoir about one of his Stanford students in the late 1960s, Elizabeth Wiltsee, who possessed a brilliant mind yet ended up homeless on the streets of Watsonville, Calif., was used as the basis for the documentary film This Dust of Words.

In his later years, Felstiner launched into an environmental crusade. He went into high schools and the United Nations with the question, “Can poetry save the earth?” and wrote a book titled the same. He believed that through observing and writing about nature, one could use the power of poetry to encourage stewardship of the earth.

Over six years, primary progressive aphasia slowly claimed Felstiner’s mastery of speech. To the end, he loved to hear his wife read poetry to him, and he relished the sonorous music of Yeats.

Felstiner leaves Mary, his wife of more than 50 years; his son, Alek, and daughter, Sarah; and two grandchildren.