What would you pay to glimpse a dodo or a woolly mammoth? If you could select your child’s traits from a catalog before birth — or even clone yourself — would you? Choices like these are coming to a future near you.

Thinking globally instead of locally, would you ever let planetary engineers twiddle the Earth’s climate like a thermostat? I may never see this world, but Stanford students might.

In my course Control of Nature, we use movies to introduce technologies that are turning science fiction into reality. Think Jurassic Park for resurrecting species or the uber-astronauts of Gattaca for gene editing.

Students examine the history of each technology and the ethics and governance of its use. Who sets the rules of gene editing? Will the poor have equal access to, or protection from, a given technology?

We ask how technologies could go wrong or be used for intentional harm. If you can bring back a mammoth, could you resurrect smallpox or influenza from a genetic sequence? Could someone engineer a new super pathogen, unleash a Franken-bug?

Because a technology can cause harm, we discuss whether it can be rendered obsolete. For some students, the answer is clearly no. There are good reasons, for instance, to freeze individual tissue samples from endangered species. Look at the extinct Pyrenean ibex. Using a tiny tissue sample taken before the last ibex died, scientists implanted its cells into the eggs of surrogate goat mothers. One resurrected ibex survived for a few minutes after birth. Weird stuff is happening out there. 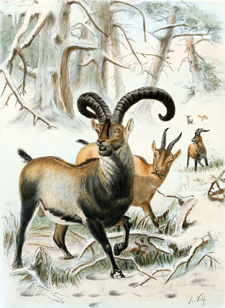 BACK TO LIFE: The Pyrenean ibex, pictured here in an 1898 sketch, became extinct in 2000. The species was briefly resurrected in 2003. (Image: Joseph Wolf/Wikimedia Commons)

Other students hope some technologies can be avoided. They wonder whether the ability to resurrect a species tomorrow might weaken efforts to save it today. They understand the difference between cloning a saber-toothed tiger for the circus and restoring the fabric and community of life. Imagine resurrecting one human being. Who would she be without language, history and culture?

Our class’s final topic is planetary engineering, as in the movies Dune and Snowpiercer. Under what circumstances would we manipulate Earth’s climate to ward off risk? One scheme under consideration involves mimicking massive volcanoes that blast sun-shading dust into the stratosphere. It sounds crazy, I know, but saving the Arctic and slowing sea-level rise are some of the motivations.

Here, the issues of governance and ethics bubble up. Who controls the thermostat? Would the United Nations be in charge of tinkering with Earth’s life-support system? Who would pay — or suffer — if something went wrong?

In the case of geoengineering, the “reasonable alternative” clause is central to class discussions. Geoengineering might work, or it might go dangerously awry, but we won’t need it if we’re smart and adopt clean energy today.

Counsel students to “have patience” when it comes to clean energy and they look at you like you’re a dinosaur in Jurassic Park. They expect us to harness the wind’s power and the sun’s energy — now.

We don’t know whether the clean-energy transition will render geoengineering obsolete, but the signs are promising. Global investments in new wind and solar electricity capacity topped $285 billion last year. In countries such as India and China, the unsubsidized cost of wind or solar is half the cost of fossil fuels.

Our students are also smart enough to know that talk of “bringing back coal” is a smoke screen. Coal pollution kills at least 20,000 people a year in the United States and a million people worldwide. The recent drop in coal use will save thousands of U.S. lives this year alone. China is saving lives, too, by deploying wind and solar faster than any country in the world.

Clean energy is creating jobs faster than fossil fuels. Ten million people are now employed in the world’s renewable energy sector. Companies created 100,000 new wind and solar jobs in the United States last year, 10 times the growth rate of the national economy, and another 133,000 jobs in energy efficiency. A century ago, coal employed one in every 50 American workers. Today, more people work in Walgreens pharmacies than in coal mines. 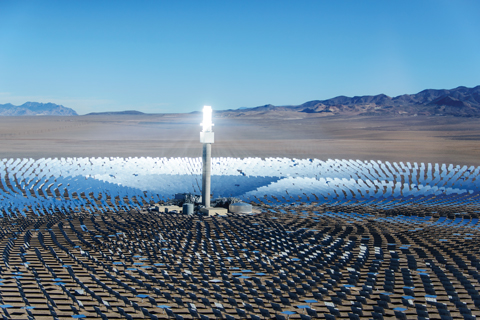 THE SAFER ROUTE: A transition to clean energy could preclude the need for planetary engineering. Crescent Dunes Solar Energy Plant in Tonopah, Nev., above, began operating in 2015. (Photo: Solarreserve)

If Stanford students are bullish on clean energy, so is the broader electorate. A recent poll by the right-leaning Public Opinion Strategies concluded that 86 percent of all U.S. voters, red and blue, support “action to accelerate the development and use of clean energy.” Republican Sen. Chuck Grassley of Iowa is a fan. He said recently that people would slow the growth of wind power “over my dead body.” Perhaps that’s because Iowa produced a third of its electricity from wind last year and has 11 wind-related manufacturing facilities. Its recent state motto, Life Changing, is coming true.

At the start of every class, we discuss news stories that students bring in. One week, for instance, we debated plans to release aerosols into the stratosphere to test geoengineering. We examined the work of scientists who’ve turned tail cells into mouse embryos, the kind of procedure that will one day allow two men to father a child.

As the quarter ends and summer begins, I reflect on my students’ cautious optimism. I envy some of the choices they will be able to make and regret some they will have to. Stanford students are thoughtful, caring and intelligent, and ready to change the world. I know this from class and from my own sons, one of whom just graduated from Stanford as a mechanical engineer. I wish them the best — and a better world than they inherited.

Rob Jackson is chair of Stanford’s Earth System Science department and a senior fellow in the Woods Institute for the Environment and Precourt Institute for Energy.

From Controversy to Cure

A once-vilified Stanford professor was key to the development of the rubella vaccine. Stanford alum Meredith Wadman tells her story in a new book.