Stanford, I Screwed Up 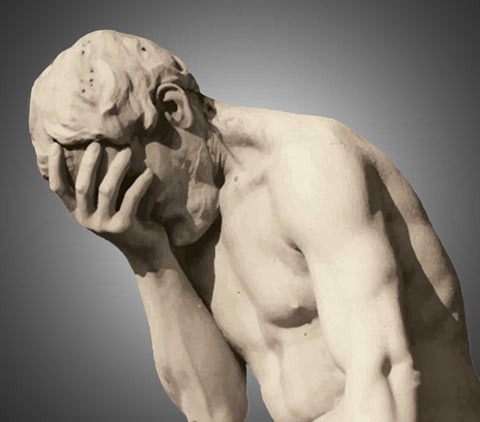 At Stanford, where Nobel laureates are your professors and your peers are coders one day and CEOs the next, success can seem inevitable and expected. It can feel like precious little is said about failure—all those hush-hush moments when trying just wasn’t enough.

The Stanford Resilience Project sets out to give voice to and normalize experiences of failure on campus and beyond. The initiative was conceived in 2009 by Adina Glickman, now the director of learning strategy programs in the Office of the Vice Provost for Teaching and Learning, who saw the need for programming and resources that help members of the Stanford community respond to setbacks and disappointment.

Today, the Resilience Project offers academic coaching and dorm workshops. “Hundreds of students use academic skills coaching and, thereby, stealthily get messaging about resilience and how to frame and understand failure,” Glickman says. This year, the project culminated its programming with a night of song, dance and storytelling titled “Stanford, I Screwed Up!”

The April celebration treated attendees to a succession of moving performances and candid anecdotes. Several students, from undergraduates to PhD students, recounted struggles they’ve encountered—one with a video game addiction that sabotaged his work as a researcher; one who was kicked out of his own start-up because of his inability to collaborate; another who couldn’t face the pressure of school and took some time off. Each eventually found a way forward. As the evening came to an end, it became clear that failure is not only a normal part of life—it can be a source of inspiration too.

Magic in the Making