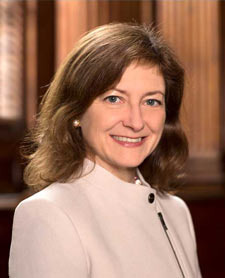 Princeton’s dean of faculty, Deborah Prentice, ’84, assumed the post of provost July 1. A professor of psychology and public affairs, Prentice served as chair of the psychology department for 12 years before taking on the dean of faculty role in 2014. At Princeton — as at Stanford — the provost is both chief academic officer and chief budget officer. She’ll also bear special responsibility for long-range planning.

“The job of provost does have an impossibly broad scope,” Prentice wrote in an email to Stanford, “but with that broad scope comes enormous possibility.” She notes that Princeton just concluded a three-year strategic planning process that generated ideas such as expanding the number of undergraduates; adding new academic programs in bioengineering, environmental studies, and film and media studies; and campus-wide initiatives in entrepreneurship and service and in civic engagement. “I cannot imagine a better time to be stepping into this role.”