30 years after stumbling through a lost academic quarter, I officially graduated from Stanford University.

You know how there are certain common dreams that everybody has? You dream of flying or falling, or of your teeth falling out, or of being naked in public.

Do you have those? Yeah, me too.

I’ve been having that dream for 30 years.

Rewind to the spring of 1991. I’m a senior at Stanford. I’ve just retired from competitive swimming after 17 years, so for the first time since I was 4 years old, I don’t have swim practice tomorrow, or next week, or the weeks after that. Moreover, I’ve secured a job at a prestigious consulting firm and will start in July. They’ve even sent me my business cards already.

I am ready to celebrate!

The only real responsibility I have is to wrap up a few more classes so I can walk across a stage with a degree in industrial engineering. I’m signed up for everything I need to finish.

But like I said, I am ready to celebrate!

I spend spring quarter partying my tail off. My friends and I are day drinking before it’s called day drinking. We leave Zotts when it gets dark and close down the Goose or the Old Pro. I hand out my new business cards between pitchers of beer. I sleep through most of my classes and do the minimum amount of work to get through. I go hungover to midterms.

What have I done? I’m not going to graduate. What am I going to tell my parents? I’m an idiot.

One of my courses is Engineering 10: Statics. That’s a branch of physics dealing with forces and objects and mass and direction and vectors and stuff. It’s basically solving a bunch of equations. I don’t grasp it at baseline, and certainly not in the state I am generally in. I stumble through the final in early June and await what I expect will be a pretty poor grade.

When I go to check the grades posted on the window of the professor’s office, there’s an NP next to my student ID number. Not Passed. See, at Stanford, we don’t call it an F.

I immediately feel nauseated. What have I done? I’m not going to graduate. What am I going to tell my parents? I’m an idiot.

But I hatch a plan. I make an appointment to see the professor the next day. I spend the day and evening correcting all my old problem sets and doing the ones I didn’t turn in. I go in the next day, hat in hand. I present him with all of my assignments. I ask whether I can retake the final, or whether there is anything I can do for extra credit. “What can I do to get you to give me just a D-minus? Please.”

“I’m sorry, Matt. You did not do the amount of work required to pass this course.”

The next couple of days were a blur. The department administrator, a woman named Lori, got involved and had my adviser, the department chair, implore the professor to give me a break. No luck. I resumed partying to drown my sorrows and tried to figure out what I was going to do.

Lori told me I’d still get to walk through the graduation ceremony, but the leather-bound folder handed to me would be empty. I still have it. My parents arrived and I told them that I messed up and wouldn’t be graduating, but I was glad they were there, and we should still celebrate, and I would take care of the last class soon.

I moved to San Francisco and started my job and my new life. And I kept partying. That consulting firm asked me once for my final transcript, but I conveniently ignored the request. That’s probably when the dream started.

When I did think about finishing my degree, I couldn’t really determine a good way to do it. This was before online classes, and I was too busy with my new life to go back to Stanford or look for a similar class somewhere else and sort out how to transfer credits. Way too much to figure out.

I didn’t lie about not having my degree—my résumé and LinkedIn profile never said I had a bachelor’s degree, just that I studied industrial engineering at Stanford from 1987 to 1991. I told potential employers doing background checks that I was one class shy. I think it cost me a job opportunity or two, but the consequences were never awful. The external consequences, that is. Inside, it ate away at me, and it would regularly manifest in the dream.

I made two feeble attempts at finishing. In the mid-1990s, I enrolled in a correspondence course for statics at Utah State University. They mailed me the textbook and the first couple of assignments. I completed and mailed back a problem set or two, but eventually I got tired of the hassle and blew it off.

I applied to be reinstated as a student. It was like writing a college essay all over again, and I was honest and vulnerable.

Then, in 2002, I gave it another go. I was newly sober and a new parent. I enrolled in a statics class at the local community college. I went a couple of nights a week for several weeks, but eventually life got in the way—business travel, family life, etc. Or at least that’s what I told myself.

As the calendar turned, year after year, the dream continued to pop up with some regularity, usually in times of self-doubt. Unlike with some dreams, I didn’t have to spend too much time analyzing what this one meant.

Then in the fall of 2020, when we were all on lockdown, and every class in the world was being taught online, I reached back out to Lori, the department administrator at Stanford. She’s still there, 30 years later (although the major is now called management science and engineering). She had been sympathetic in 1991 and helpful and encouraging in my two attempts to finish since.

“Matt! So nice to hear from you. Let’s get this done! Your timing couldn’t be better. You can enroll in one Stanford course spring quarter under what is called Flex Term. It is a policy just for this year to allow students to be less than full time in one quarter during the pandemic craziness. Most of our undergraduates take ENGR21—the Engineering of Systems. I think you’d like it, and it will complete your last requirement. I think I want you to get your degree almost as much as you do!”

I applied for the Flex Term program, including writing a letter requesting to be reinstated as a student. It was like writing a college essay all over again, and I was honest and vulnerable. (My new adviser suggested I remove the phrase f***ed up from my letter.) Stanford accepted my request, and I was reinstated. I chose a new email address: matt9121@stanford.edu. 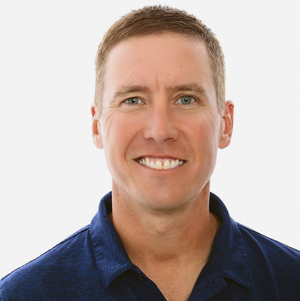 So I spent several months in the spring of 2021 taking ENGR21. Lectures were Tuesday and Thursday mornings from 8:30 to 10 on Zoom and were recorded, which meant I could keep up if I missed them. The professor was my age (we bonded over that) and a department head at the NASA research center in Mountain View (we did not bond over that). I was assigned a partner for the two-person class project—a bright senior double majoring in computer science and bioengineering. She’s a close friend of the daughter of two of my Stanford classmates. I apologized that she was stuck with the random old dude in the class, but she could not have been more gracious. I struggled to recall some of the math and science, she carried us through the simulation programming we did for our project, and I brought some technology experience and project management (and PowerPoint!) skills to our team. We complemented each other nicely, and our project turned out well.

Grades came out in early June. I got an A-minus.

On Sunday, June 13, 2021, thirty years after drunkenly stumbling through a lost academic quarter, I officially graduated from Stanford University.

I got my diploma in the mail a few weeks later (coincidentally, the same week I celebrated 20 years of sobriety). I quietly updated my LinkedIn profile, took Lori from the MS&E department to lunch, and bought a Stanford Alumni license plate holder. I let my family and a few close friends know what I had done, but otherwise I kept it on the DL. See, I’m still embarrassed by the whole situation. I really do not want people to congratulate me or to hold up my tale as anything to be admired.

But something interesting happened. I gradually set aside my reservations and started to share my story, first with a small group of friends, and then with some of my 1991 classmates. If you’re reading this, then you know I’ve decided to share it more broadly.

The response has been overwhelming. Despite my protestations, people congratulate me. They have confided in me, told me about skeletons in their closets, and made commitments to take care of their own unfinished business. I’ve cried and they’ve cried. It has been cathartic.

Throughout this catharsis, I kept returning to the same thought: I can’t believe I let that hang over me for 30 years. Why didn’t I do it sooner?

But I’m at peace with that now. I can’t beat myself up for waiting so long. I can start to be proud of what I (finally) accomplished, and I can focus on what my experience could teach others. Namely:
We all have things we regret from our past.
It’s never too late to do something about them.
Addressing them is not as painful as you imagine.
You’ll feel better when you do.

Oh, and one more benefit for me personally: I haven’t had that dream since last June.

Matt Rodgers, ’91/’21, parlayed that job at the consulting firm into a 30-year (and counting) career in the software industry. He lives in Marin County, Calif. Email him at stanford.magazine@stanford.edu.