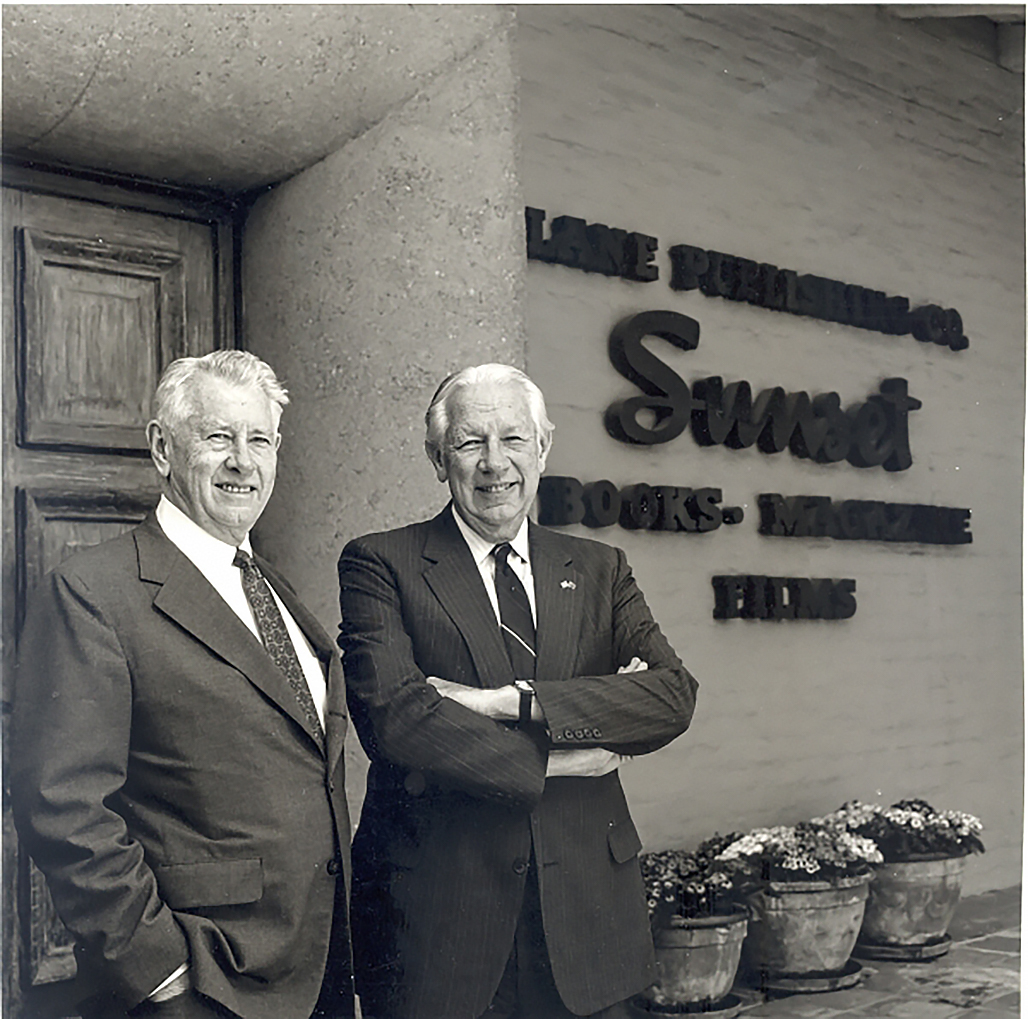 The sons of visionary magazine executive L.W. Lane, Laurence William “Bill” Lane Jr. and Melvin Lane sold Sunset subscriptions door-to-door as boys. In the 1950s, they took over the Sunset empire and ran it for nearly 40 years. Bill, ’42, ran Sunset magazine, believed to be the first in the nation to publish separate editions for different circulation areas, tailoring gardening advice to each region. Mel, ’44, ran the book division, which published volumes on cooking, camping and gardening that became staples for living well in the West.

The Lane brothers supported conservation groups such as the Palo Alto-based Peninsula Open Space Trust and funded projects in Yosemite, including rebuilding the amphitheater at Glacier Point. In 2005, Bill donated $5 million to endow the Bill Lane Center for the American West at Stanford. Mel Lane served as the first chair of the California Coastal Commission.

Yet perhaps the most enduring legacy of the Lane brothers can be found in the pages of Sunset’s magazines and books, which inspired millions of readers. Bill died in 2010, three years after Mel. In an obituary in the Mercury News, Bill’s daughter Sharon said her father “saw incredible possibility in the West. It was a can-do place. That’s what Sunset stood for—build your own house, make your own food, hike a trail. He saw himself and the magazine as an ambassador for the West.”

Michael Shapiro is the author of A Sense of Place and the forthcoming The Creative Leap (fall 2019).