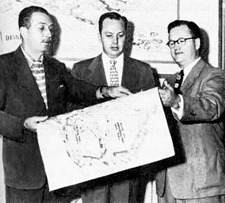 Without him, Disneyland might have been a failure—and with it the whole concept of the theme park. Harrison "Buzz" Price, MBA '51, may not have had Walt Disney's whimsical genius, but he was the economic brains behind the animator's California park and dozens of other attractions around the globe. Price, a "recreation economics" consultant, died August 15 of chronic anemia in his Pomona, Calif., home. He was 89.

In a 2004 book, Walt's Revolution! By the Numbers, Price detailed how he went about optimizing public attractions, including museums, aquariums and concert halls. The trick was to figure out how long a line would be too long, how to keep guests present long enough to turn a profit off each visit and, most important, where to build. (Price selected Anaheim over other Southern California spots for Disneyland.) His equations were customized to each locale: "The French," Price noted in the book, "preferred line cutting to polite waiting."

Born in Oregon City, Ore., in 1921, Price moved to California as a child. He studied for his undergraduate degree in mechanical engineering at Caltech, where he met his future wife, Anne Shaw. Price served in the Army during World War II before coming to Stanford's Graduate School of Business. Working at the Stanford Research Institute, he began a 12-year association with Disney that continued when he spun off his own consulting firm. He served on the original board of trustees for the California Institute of the Arts, a Disney project that, Anne Price says, "was kind of an artistic mirror of Caltech."