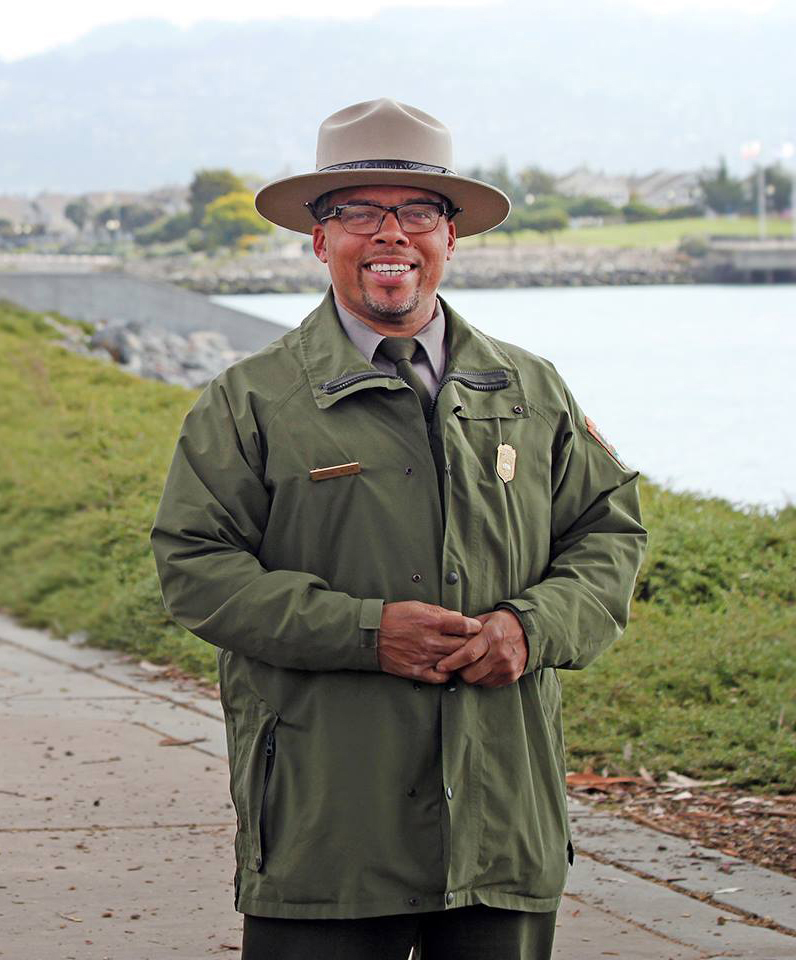 Taking his study of sociology outdoors, Raphael Allen applied his deep curiosity and keen interpretive skills to exposing new generations to undersung facets of East Bay history, from Rosie the Riveter to the Port Chicago disaster.

Raphael Christopher Allen, ’80, of Orinda, Calif., died May 1 from surgical complications. He was 60.

At Stanford, he was a member of Alpha Phi Alpha and majored in sociology. As a student-instructor, he proposed and taught a new course on the social construction of masculinity, bringing feminist perspectives to the study of men’s lives. He later took graduate coursework in women’s studies and ethnic studies at Rutgers University.

Before and during his time as a ranger, Allen worked as an editor for the academic presses at Duke University and the University of Michigan. He helped develop programming for Outdoor Afro, an Oakland nonprofit that connects African-Americans with nature. “Throughout his life, Raphael helped facilitate interpretive engagement with nature and history by researching and including the stories of underrepresented people,” says his wife, Lauren Ekman. Allen is survived by his wife; his brother, Cyril; and two sisters, Brenda and Rose.

At Allen’s memorial service, Tom Leatherman, his boss at the National Park Service, recalled their long talks. “Whether it was an in-depth discussion of the injustices of Japanese-American World War II incarceration or a philosophical argument about the demonization of people who did what they were told and went back to work at Port Chicago, they were never brief conversations,” Leatherman said. “We never fully reconciled how we felt about them, and they always left us longing for another chance to sit down and talk about it again.”

Insights into the microbial world within us are redrawing the roads to a healthy constitution.