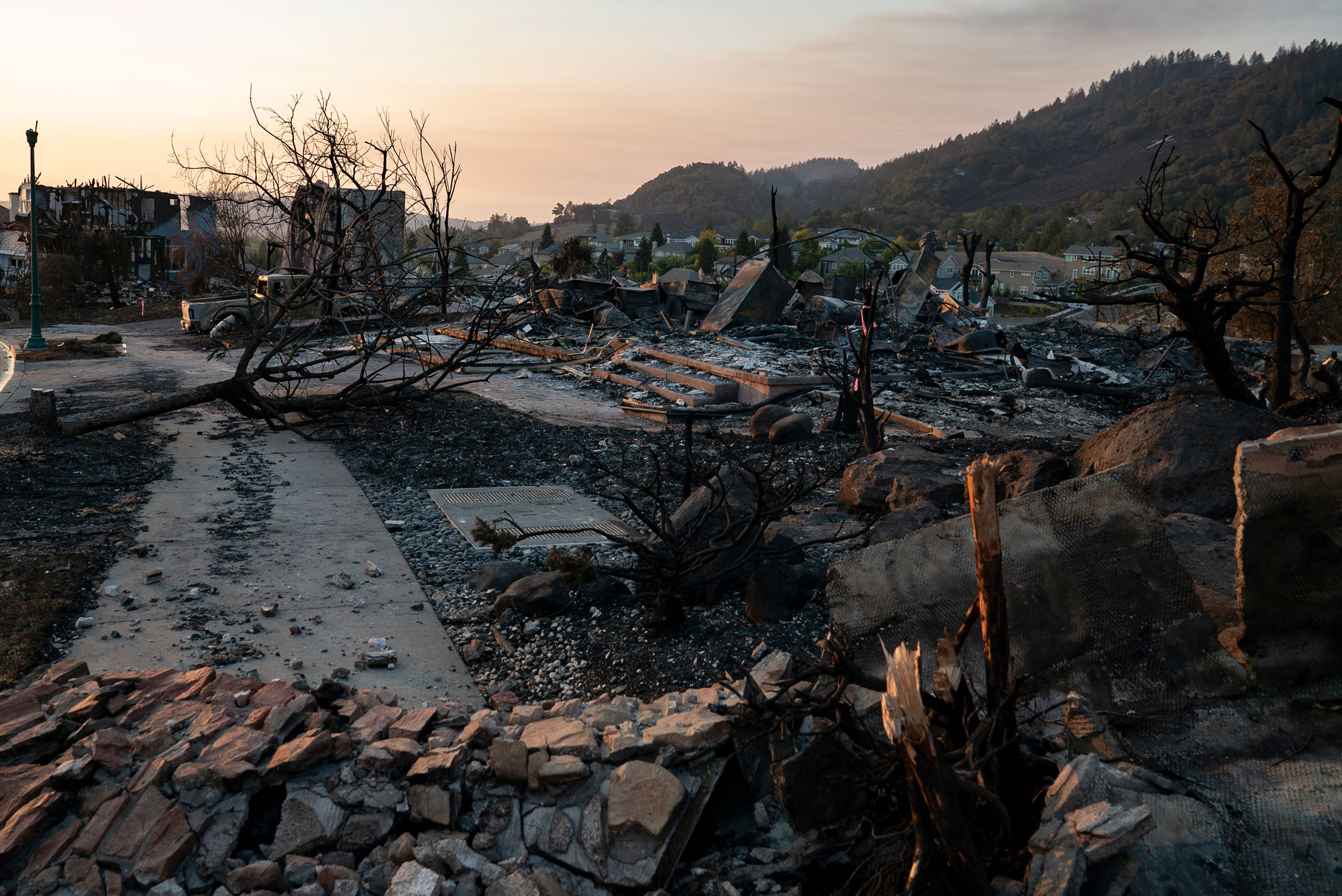 Documentary filmmaker Austin Meyer was doing some video editing at the home he shares with his parents in Santa Rosa, Calif., on Sunday evening, September 27, when an alert blared from his phone.

BEFORE AND AFTER: Fire changed the mountainside north of Meyer's Santa Rosa home.

“We knew what that meant,” he said on Instagram. Evacuate. The Glass Fire—which, as of October 2, had burned more than 60,100 acres and destroyed at least 220 homes—was close. Meyer, ’14, and his parents went into “save-your-house mode,” he says, packing up the things they had already decided were most important, including camera gear, computers and 47 family photo albums. 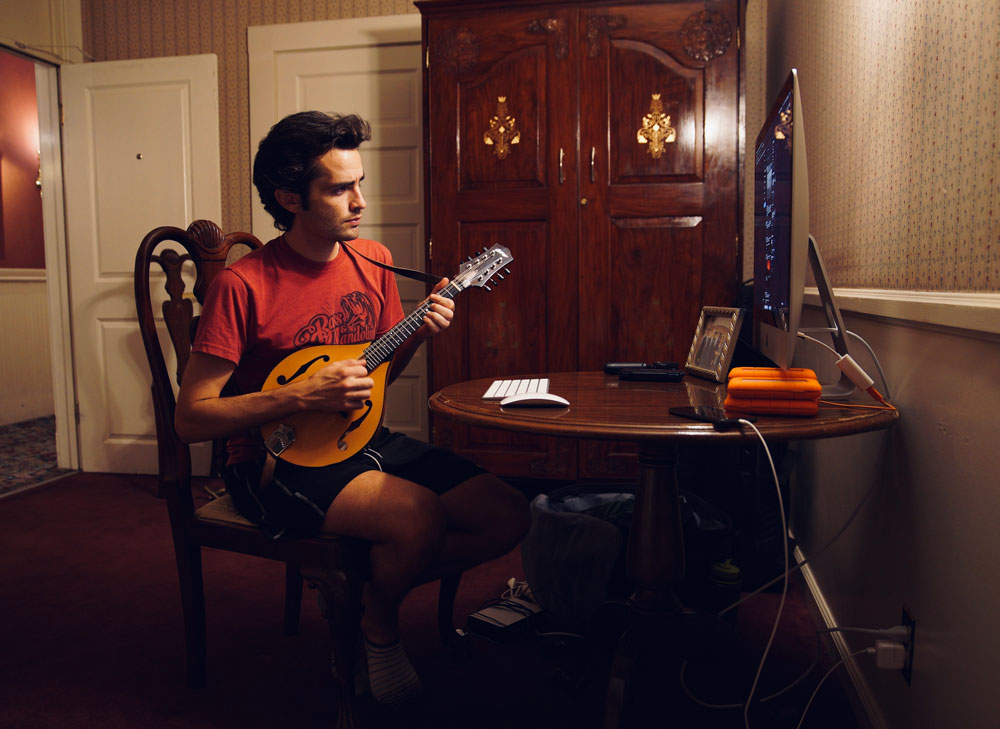 JUST BEFORE: Meyer was at home when evacuation orders were given. “Computers, photo albums, musical instruments, documents, camera gear, and foam roller (if you know me, you know me),” he wrote on Instagram. “Our family friend whose house burned down 2.5 years ago booked us a hotel room as we were packing, and we jumped in the car.”

Meyer, whose work includes short films selected for National Geographic documentary film showcases and the 2019 American Documentary Film Festival, says that once his family was on the move, his instincts as a storyteller kicked in. “I got out a GoPro and started documenting it,” he says. “That’s how I process my own experience and the world. That’s how I share my experience with others. When everything else is out of control in my world—which it can seem like when you’re being evacuated by Mother Nature’s fury—here is something that I can control.”

‘Send those prayers, or good thoughts, or whatever you believe in. Because we’re going to need it tonight.’ —Meyer, on Instagram

Within 24 hours of evacuating, Meyer was at a familiar hotel in nearby Healdsburg, Calif. 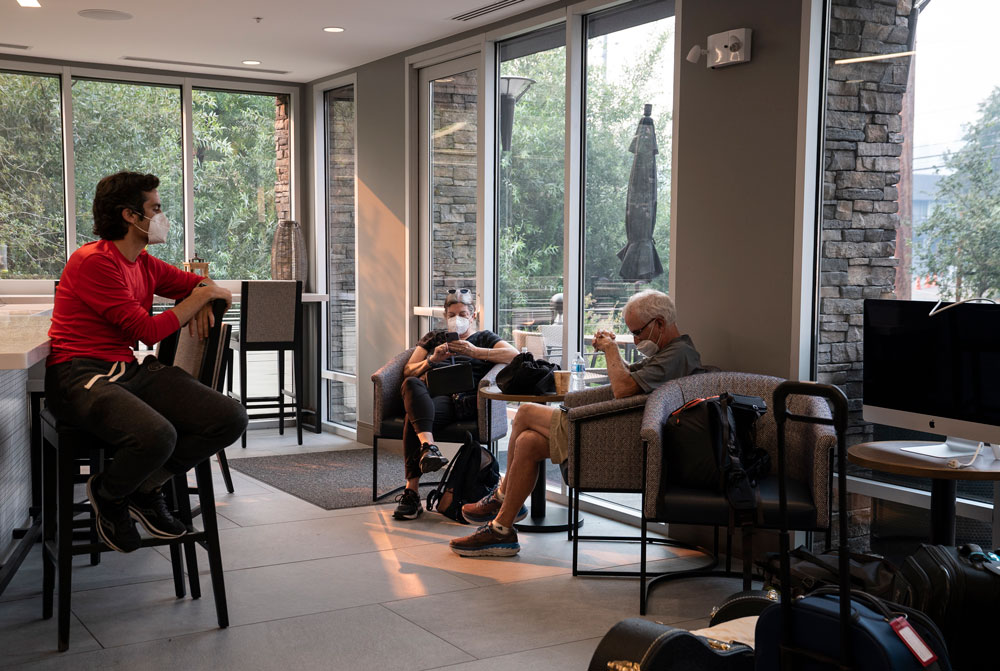 WAITING: Meyer and his parents at a Healdsburg hotel that Meyer recognized. “The last time I was here was December 2019, and I was filming a family who lost their home in the Kincade Fire. I came into their hotel room and filmed them about it for Business Insider. And now I’m here as an evacuee."

Within about 24 hours, Meyer knew the family home had survived, though five days later he and his parents were not yet permitted to move back in. Neighbors just a few houses away in two directions had not been so lucky. Meyer says he feels mostly gratitude—that his family is safe, that their home is standing, that he was with his parents when the evacuation order came. He points out that fewer friends lost homes this time than in 2017. Still, there is plenty of grief. “This community that is so beautiful and so liked and has so many kind and generous people has had this weight put on us in the past 3 1/2 years,” he says. “That’s been really suffocating for the community figuratively, and literally with the smoke. It just makes my heart ache for the community and what the future could be for this place. 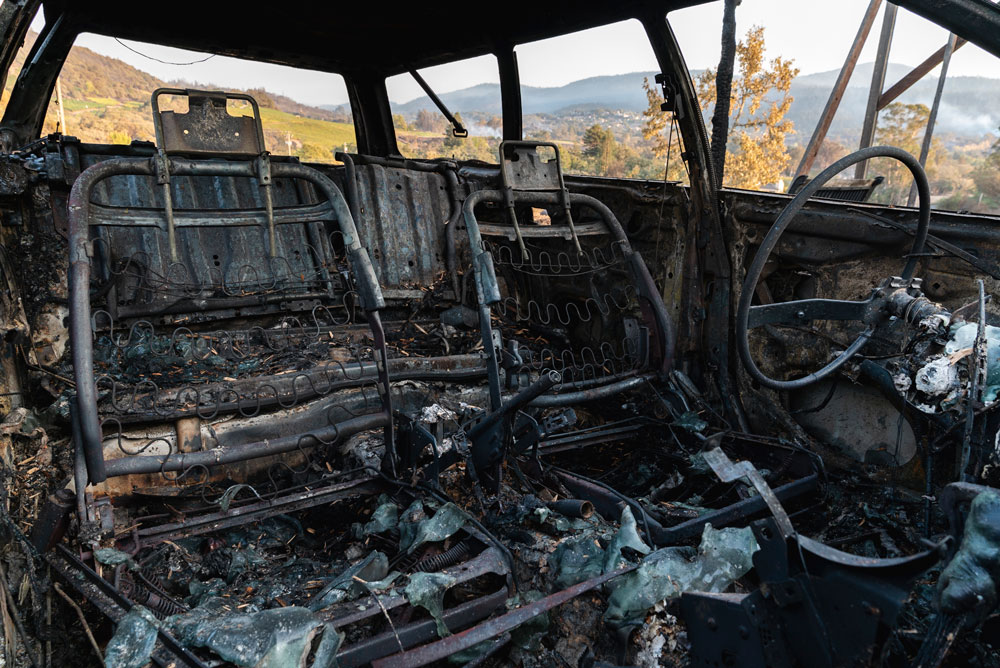 LOST: Meyer photographed the devastation in his neighborhood.

“This is the third time we’ve evacuated,” he says, pausing to confirm the dates with his father. “Right. The Tubbs Fire in 2017. The Kincade Fire in 2019. And now this one.”