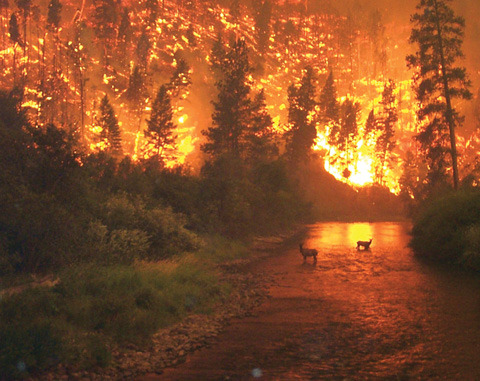 As you read this article, some part of Earth is almost certainly on fire. Some of those blazes will leave blighted zones behind. Others will renew the areas that burn, incubating new plants that germinate in their wake. And, occasionally, as in Arizona last June, fires will kill those charged with taming them.

For 750,000 years, since early humans first harnessed it, fire has been a crucial agent in our ability to manipulate our environment. But the dichotomy of fire as both friend and foe is more pronounced than ever as modern societies grapple with megafires, intensified by land use choices and by a warming climate.

Stephen Pyne, '71, has spent his career charting the story of humans' relationship with fire. A professor at Arizona State University's School of Life Sciences, he has published more than two dozen books and monographs, including what he calls his "Cycle of Fire suite"—histories of fire in the United States, Australia, Canada and Europe.

At Stanford, Pyne majored in English with a minor in geology. "English was a degree of convenience, but it turned out to be a very good one because it gave me a portable skill," he says. "Writing has carried me through my academic career. When I learn about a subject, I'm always thinking about how to express and transform it."

Through college and graduate study at the University of Texas, where he earned a doctorate in American civilization, Pyne worked summers for the National Park Service as a member of the Longshots—a fire crew on the North Rim of the Grand Canyon. In 1976, he convinced the U.S. Forest Service to sponsor a research project on the history of fire. It was a pivotal moment. For decades, U.S. policy had emphasized suppressing fires on wild lands as quickly as possible. But public land managers, pushed by forward-thinking ecologists, were starting to see that fire could have a legitimate ecological role.

The Forest Service was on the cusp of allowing some fires to burn. "They thought a history might be useful," says Pyne. "But they probably didn't expect the big-ticket, big-picture history they got."

Pyne's book, Fire in America: A Cultural History of Wildland and Rural Fire (1982),was a sweeping overview of evolving ideas about fire on the land and efforts to control it. Starting with a natural history of lightning fire, it recounted how Native Americans and European settlers used fire to clear land and explored fire's growing role in industrial society. In 1910, after enormous wildfires burned large swaths of Idaho and Montana and killed 87 people, firefighting became the theme. But decades of fire suppression on public lands allowed huge loads of underbrush to accumulate, sowing the seeds for large-scale wildfires.

"His special firepower has created for man a special obligation, a unique responsibility to manage fire and its effects," Pyne wrote. "Our ancient pact with fire has built fire into the technics of civilization, from the hearth to the dynamo, from the campfire to the afterburners of interplanetary space probes. It is an obligation that cannot be ignored or abdicated: to remove fire abruptly may be as serious a cultural and ecological event as to introduce it suddenly."

Fire in America anticipated the emergence of environmental history as a scholarly field. More studies followed: histories of fire in other countries and historic large fires, accounts of working as a firefighter, and books about the Pleistocene era, the Voyager space probes and Antarctica.

"I was trained in cultural history, which means that what people do expresses larger social values and cultural understandings," says Pyne. "People understand fire on the land very differently, and the institutions they create to deal with it are all based on coded values. Fire is not a substance, it's a reaction, and it takes its characteristics from its setting."

Consider Australia, a continent that has always been highly combustible. In Pyne's view, modern Australians lived with fire effectively for decades because they saw bush fires as national symbols. Firefighting strategies, such as training volunteer community fire brigades and equipping rural residents to defend their homes, are rooted in the national experience of engaging with the burning bush. (Droughts in recent years have fueled calamitous wildfires across Australia, undermining this approach.)

Other countries see things differently. "In Europe fire is just a social construction, like their landscape—it breaks out because people misbehave, not because it's some innate development. So they impose their social model on it and cultivate fire out," says Pyne.

But nations put their own stamp on fire control. As agriculture industrialized after World War II, England adopted elaborate rules to limit burning of unused straw on farms, which an urbanizing public saw as part nuisance, part threat to a beloved green countryside. In contrast, fire control policy in the Soviet Union "relied on the same equipment needed to hold restive satellites in Eastern Europe or to invade unruly neighbors like Afghanistan. It promoted a paramilitary institution. It silenced ecological dissent," Pyne writes in Vestal Fire (1997), the story of fire in Europe. 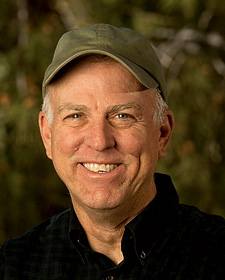 Now Pyne is writing a history of fire in America since 1960, a period that deserves its own book. In recent decades the U.S. government has officially accepted the idea of restoring fire to public lands wherever doing so will not endanger firefighters or nearby residents. That means using planned burns to clear overgrown lands, and letting some wildfires in remote areas burn under supervision instead of putting them out. But residential development has spread into fire-prone areas, creating pressure to protect exurban homes. And climate change has made some areas, especially the West, hotter, drier and more fire-prone. Since the year 2000 wildfires have burned an average of 6.8 million acres yearly, more than twice the annual average in the 1990s. Federal firefighting budgets rose from $1.1 billion in 1994 to $2.7 billion in 2011.

In Pyne's view, Americans have a polarized concept of the land: It's either wild or settled, and fire is acceptable in wild places but not in developed areas. "We have two narrative templates for talking about fires: as disasters, or as battlefields—which leads to calls for sending in the troops. But you can't govern the landscape that way. We've created an ecological insurgency, and we can't bomb it out," he says.

That reality was tragically underscored in June, when 19 experienced firefighters were killed battling a blaze near Prescott, Ariz. In Pyne's view, the disaster reflected a political failure. "We can't slow sprawl except by recessions. We can't reconcile wild and working landscapes. Instead, we ask fire crews to plug the gaps," he wrote in a commentary for the Arizona Republic.

But Pyne also finds parallels in literature—for example, the climax of Moby Dick, when nature turns on humans trying and failing to subdue it.

"Art can help us extract meaning from indecipherable things," he says. "Fire is an epic story that needs an elevated language and a big screen."

Jennifer Weeks is a freelance writer in Watertown, Mass.