At Stanford’s GSB, compassion class is a crowd favorite.

Meditation starts at 3 p.m. sharp in compassion class. As lecturer Leah Weiss invites her students to close their eyes, the classroom of 33 goes silent. As we settle into our chairs, she tells us to take three deep, slow breaths, pausing before we exhale.

This is not your parents’ business school course. GSBGEN 324: Leading with Mindfulness and Compassion explores the role of compassion in the workplace, asking questions such as “What does compassionate leadership look like?” and “How can mindfulness enhance productivity?” The course regularly carries a waiting list of 70.

It is not difficult to imagine why students would be drawn to a course that not only teaches leadership but also offers techniques that help reduce stress and improve well-being. At a time when we are inundated with bad news and often more connected with our digital devices than with one another, compassion class provides an antidote to some of the ills of our era.

“I set the classroom up as a lab,” says Weiss, who began teaching the course at the Graduate School of Business in 2012. “The approach is, ‘Here are some ideas being experimented with. Here are some experiments you can try in your own life. You have to do it, not just read about it.’”

Class meets once a week for three hours. Daily meditation, a range of exercises and “real-world homework” make up the course, which is based on the theory that a compassionate attitude can significantly reduce the distress people feel in difficult situations, as well as make you a better leader.

One of the first exercises students undertake is to write about a time they failed. Weiss also has them share their self-criticism — the unkind, judgmental things they say to themselves when things get hard. Submissions are anonymous, and everyone takes turns reading others’ statements aloud. It doesn’t take long for a rapport to build as universal themes arise: I feel like a fraud. Everyone else is having an easier time. I am the only one who feels lonely. I am the only one who feels anxious.

This is what people in this room are feeling, Weiss tells her class.

“It is very important for them to realize this as they move out into the world,” she explains.

Weiss’s curriculum draws from a methodology called Compassion Cultivation Training, an eight-week program designed by scholars at the Medical School’s Center for Compassion and Altruism Research and Education to help students develop kindness for themselves and others. The program integrates traditional contemplative practices with contemporary psychology and scientific research on compassion. Weiss also has taught compassion courses at the School of Medicine and at the U.S. Department of Veterans Affairs for people with post-traumatic stress disorder, the Boston Center for Refugee Health and Human Rights, and the Alzheimer’s Association.

In the past decade, a wide range of peer-reviewed journals have published evidence of the benefits of compassion. Current Psychiatry featured a study in 2016 that reported multiple benefits from being kind to oneself, including resilience after failure, lower levels of depression and anxiety, and even a better overall quality of life. A 2013 paper in the multidisciplinary journal PLOS ONE concluded that self-compassion helps underperforming, chronically stressed undergraduates improve their problem-solving. Another paper published that year in Procedia — Social and Behavioral Sciences described a study that showed a positive correlation between self-compassion and job satisfaction among 300 white-collar workers in Istanbul.

“It’s hard to think of a way in which compassion is not relevant to leadership, success and well-being,” says Jamil Zaki, director of the Stanford Social Neuroscience Laboratory and an assistant professor of psychology. “People with high empathy and compassion excel themselves. Folks who are managers or leaders who can connect with others succeed, and their bottom line is better.”

By way of example, Weiss cites company policy that reflects tangible compassion for employees. If a worker loses a family member and asks for bereavement leave, a company that offers paid leave and shows caring at work will in the long term increase a sense of security and, as a result, loyalty. When other employees see that their company or boss cares about them, retention and morale will rise, Weiss says. That inevitably helps the bottom line.

The opposite is also true. A financial company in the habit of laying off employees just before the December holidays wanted to end the year “on top,” but they felt the repercussions when some of their best people subsequently left. “It doesn’t work in the long run,” says Weiss, “even if it works in the short run.”

For Divya Vishwanath, a second-year GSB student who previously worked in corporate marketing, including compassion class as part of her coursework made perfect sense. “While at Google, I learned about the benefit of practicing mindfulness and how that made me a better leader/manager/teammate,” she wrote in an email. “It had been a while since I had been purposeful about this practice, and after a fun but crazy time in the start-up world, I wanted to revisit the habit.”

Weiss’s course is part of a purposeful thread in the GSB’s leadership curriculum: teaching future leaders about the importance of self-awareness, self-care and self-understanding, says Sarah Soule, senior associate dean for academic affairs and a professor of organizational behavior. “The course fits well into our overall leadership curriculum because it covers these, and other, important topics about leadership.”

When Weiss talks to people on campus and in the work world about self-compassion, she often encounters disbelief that being kind to ourselves is a good tactic, either personally or professionally. Many believe that self-criticism is what keeps us accountable and improves our performance, she writes in her new book, How We Work: Live Your Purpose, Reclaim Your Sanity, and Embrace the Daily Grind, slated for release in March.

But people with high levels of self-imposed perfectionism tend to suffer from higher levels of anxiety and depression and lower self-esteem, which can lead to poor performance and feelings of shame. “Practicing self-compassion doesn’t mean you sit on the couch eating bonbons,” says Weiss. “It means you can learn to course correct.”

Another discussion topic is accepting negative feedback and letting go of self-destructive habits and thoughts. “Notice the tone of voice you use with yourself when you realize you’re mortified,” suggests Weiss. “Are you yelling at yourself? Calling yourself names? Are you getting on to solving the issue or staying stuck in repeating the script of railing against yourself?” Positive self-talk — speaking to yourself as you would to a friend — changes perspective and resilience, compassion research shows.

Changing toxic work environments by changing the future leadership is just one of Weiss’s goals, but it guides much of her work.

“I think about the fact that these [students] are going to be the people running the companies, deciding what happens to our environment, making the big decisions. There is so much at stake. It comes back to how human, how whole and grounded in conscience our future leaders can be. Compassion needs to be normalized as a given, not as something optional. It is time to start building it as a preventive step before people get burned out and lose their way.” 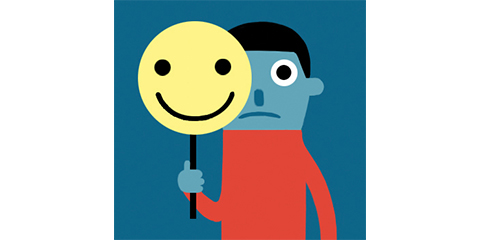 Take it Personally: Emotion suppression isn’t possible. If our minds are thinking it, our bodies will show it. Bottling up your emotions can result in long-term harm. To yourself and probably to others around you. What’s a better way of dealing with your emotions? Acknowledge your emotions — Identify where they are stemming from — Have a mindful conversation if necessary — Allow that emotion to pass — Note that it is okay to feel, to process, to take the time to acknowledge. 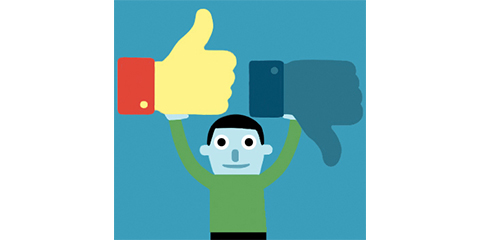 Sit Uncomfortably with Vulnerability: Vulnerability. It’s not something that you will likely achieve overnight. Most of us have gone through too many negative experiences to expose ourselves outright. But we have to be vulnerable if we are going to exercise self-compassion or compassion toward others. We have to take the good with the bad. We have to weigh and note both. We have to let other people see our imperfections. 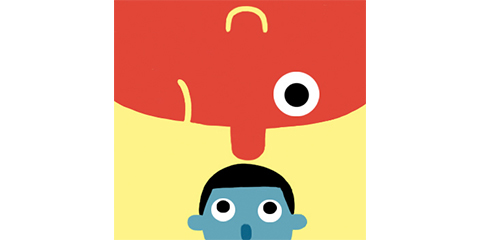 Remember You’re Human: People can be intimidating. The CEO of your company. Your manager. That co-worker who always has the answers. Celebrities. Highly successful people. The list of people that seem superhuman goes on and on. It’s easy to become impressed by these people. To feel self-conscious around them. But you’re forgetting an important detail: We are all human. We all mess up. We all experience the same range of emotions. We all feel like frauds from time to time. Remembering that all humans share similar experiences can flip that compassion switch. Both to yourself and toward others. 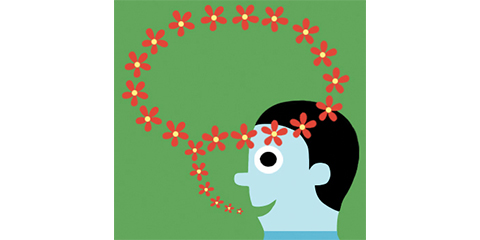 Rewrite Negative Scripts: When you start talking down to yourself, stop. Then, say something kind to yourself instead. If your best friend came to you with a problem — maybe he screwed up big-time at his job, or maybe she forgot an important appointment — and began berating themselves over it, what would you say to them? You could try simple phrases, like: — It’s going to be all right; everyone makes mistakes — Wow, that’s awful! I’ve been there, too — You’re doing a great job; this is just a hard day. Look at yourself like an outside observer, and say the things you’d say to your friend to soothe, comfort and reassure. 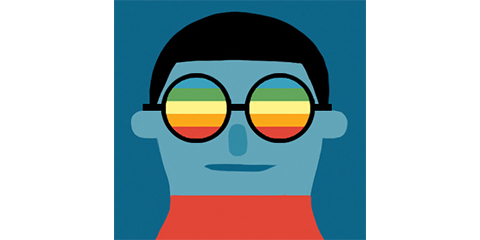 Stop the Worst-Case-Scenario Train: When we’re worried or stressed, it’s easy to jump right into visualizing the worst-case scenario. Jumping straight into the worst possible scenario — in your head — does more damage than anything. It doesn’t help you prepare for fallout; it just pushes you straight into panic mode. Take a minute, breathe, and focus on the reality of what’s happening in this moment. 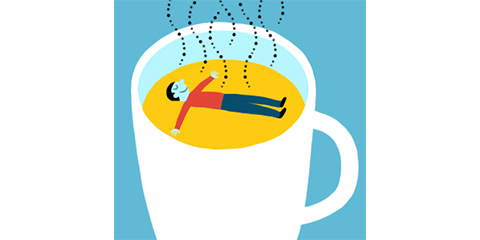 Self-Soothe: What are some things that bring you comfort? Your favorite music; fuzzy socks; a warm blanket; a cup of coffee or tea; a long walk outdoors; a grueling workout; or a gentle yoga practice? When you’re feeling inclined to beat yourself up, do something that comforts you instead. Make this a regular practice when you’re feeling down on yourself; it will enable you to handle moments of pain and discomfort in a more constructive way. 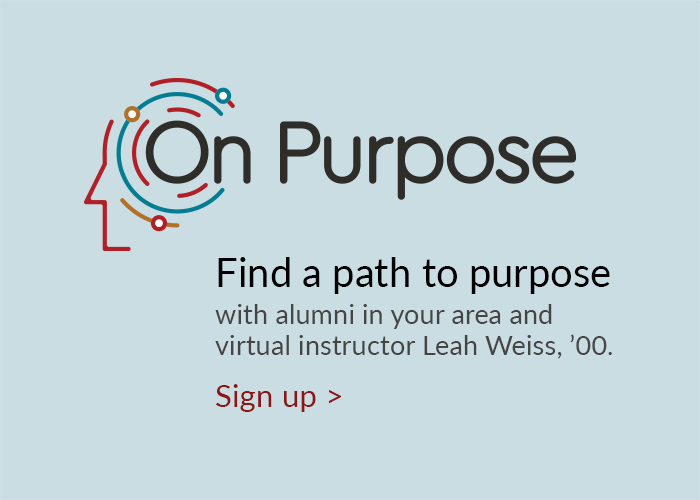 I'm in love with an 18th-century cello. So I traveled to Italy to figure out how to make one just like it. Well, almost.