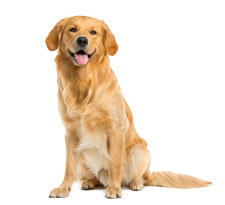 SAGE (Sound Advice for a Green Earth) is a project by advanced students in Earth Systems and other programs to answer sustainability questions. Submit questions.

Q: In a semiurban environment like Palo Alto, what is the most sustainable way to dispose of dog poop?

Growing up, my brother would sweep for “land mines” our dogs had left behind before he mowed the lawn. He’d pluck the poops with his pooper-scooper and launch them down the hill. I hope this natural fertilizer did more good than harm for the large oak trees in that field, but the same can’t be said of the dog waste produced in more urban locales like Palo Alto.

The most obvious reason? It’s gross. Beyond being a stinky nuisance, though, unattended dog poop can run into storm drains, increasing pollution and the risk of toxic algal blooms in downstream water bodies—in your case, San Francisco Bay. And dog waste can contain harmful bacteria— around 23 million bacteria per gram—that can make you sick if it gets into drinking water.

So what’s a green pooch-lover to do? At the minimum, bag it and toss it in the nearest trash can. “Green waste” bins for composting might seem better, but hold that doggy bag. Many composting facilities can’t handle feces and their dangerous bacteria. The regular garbage isn’t great either—any organic there will rot into climate-warming methane gas. (And biodegradable bags don’t help. Read our complete answer online to learn why.)

According to the Environmental Protection Agency, the most sustainable way to dispose of dog poop is to flush it down the toilet. Most municipal water treatment facilities are equipped to process water with number two in it, and Fido’s feces are no fouler than your own.Ideally, the poop should be collected in a paper towel or tissue. But it’s a dedicated pet owner who’s willing to carry around a moist wad of leavings. You’ll probably want to reuse an old plastic bag instead, flushing the droppings and trashing the bag when you get home.

It’s tempting to flush the bags too, but don’t. They’ll block your pipes and gum up the treatment plant down the line. You can buy “flushable” poop bags, intended to dissolve, but I was unconvinced after at-home experiments with two brands. Even with warm water, the bags didn’t dissolve quickly and resembled something akin to gloopy egg whites after five minutes. I also consulted an expert—my father the plumber—who said that using these would most certainly lead to service calls in the future.

According to an analysis done by Doody Calls, a pet waste disposal company, there are approximately 78.2 million dogs living in the United States. We certainly love our dogs. However, all of those pups generate quite a bit of poop: 30,000 tons of waste a day, totaling some 10 million tons annually, according to Doody Calls. That’s enough dog poop to fill up 267,500 tractor-trailers that when lined up end to end would reach all the way from Seattle to Boston.

While we’d all like to believe that all pet owners pick up after their dogs, some surveys of pet owners along the East Coast in the late 1990s found that only around 60 percent consistently removed their pets’ waste. The leftovers of the other 40 percent were left to run off into storm water drains and the surrounding watersheds. In rural areas it’s been estimated that natural ecosystems can accommodate the waste from up to two dogs per square mile. In urban locales like San Francisco, the story is different. San Francisco had on the order of 120,000 dogs in its 46.7 square miles as of 2007, which means that the natural poo-carrying capacity might be outstripped, at a minimum, by over 1,600 times. And that’s not taking into consideration all of the concrete and other infrastructure in the city that can prohibit normal ecosystem functions.

This dog waste can have pretty bad implications for environmental and human health. Dog feces, like most animal waste, contain tons of the nutrients that water-based algae need to grow, primarily phosphorus and nitrogen. When an abundance of these nutrients is made available to algae, you can have an explosion of growth. However, when these algae die and begin decomposing, they use up oxygen and can lead to areas known as Dead Zones that can’t support fish and other aquatic life.

While that’s worrisome enough, it’s the microorganisms that can live in dog fecal matter and subsequently run off into our water supply that should really have us concerned. Parasites and bacteria ranging from roundworm to E. coli to giardia in dog waste can increase the risk of getting people sick. Roundworm in particular is of concern and is one of the most common parasites found in dog feces. It can live in contaminated soil or water for years if not properly treated. That means that other dogs and wildlife might suffer if your dog’s innards contain some worms.

Disposing of your dog’s doo-doo really isn’t that difficult a task, but there are ways to maximize your sustainability score as a responsible pet owner. Reusing old plastic bags, and, if you’re brave, some extra strong tissue, and throwing it in the trash can go a long way to preventing the worst of environmental health impacts. Going a step further, and flushing it as you would your own waste, will do even more good.

Some green pet owners might balk at the idea of using plastic bags and will have already switched to one of the large variety of “biodegradable” pet waste bags designed to be compost-friendly. (Don’t go running for the compost pile just yet; we’ll get there momentarily.) However, by switching to a compostable bag and still throwing the dog waste into the trash, eventually bound for a landfill, you’re really not achieving much. Biodegradable bags are meant to degrade under composting conditions, which are largely absent from most landfills. This leads to the breakdown of both the poop and the bag, which can produce the potent greenhouse gas methane.

As discussed in the Essential answer, the option most highly recommended by the EPA is flushing your dog’s waste down the toilet.  That may seem surprising during drought times, but accommodating pets does have significant environmental impacts no matter how you cut it. Municipal sewage treatment plants are designed to remove both excess nutrients and potential pathogens from waste, your dog’s as well as your own, before returning clean water to the ecosystem.

The caveats with the toilet option revolve mostly around the poop bag. While you can flush the poop itself with no problems, the bags will clog up your plumbing and the wastewater treatment center’s so you still need to trash those. Water soluble bags like those that I mentioned in the Essential Answer, are at the forefront of making this option more viable for millions of pet owners; however, there are still some questions around how fast these bags can dissolve, to avoid becoming a plumbing headache.

You might be after an even greener solution. The EPA generally discourages pitching pet poop into backyard compost bins, and with good reason. Ensuring that the compost pile remains hot enough, for long enough, to kill off anything nasty in your pet’s poop is quite difficult if you don’t have the right equipment. According to a home-guide to composting dog poop prepared by the USDA in the early 1990s, compost needs to be kept at around 145°F to destroy most pathogens. However, recent advances in both individualized pet-waste composting units and larger-scale pet waste composting efforts in places like Portland, Ore., and Boulder, Colo., have gained some steam and are producing large amounts of safe, dog poop-based compost. Even with these advances however, it’s safest to avoid putting your doggie compost onto plants that you’ll eat and reserve it more for ornamental plants.

How to Get Rid of VHS Tapes

Get them out of the garage without trashing the planet.