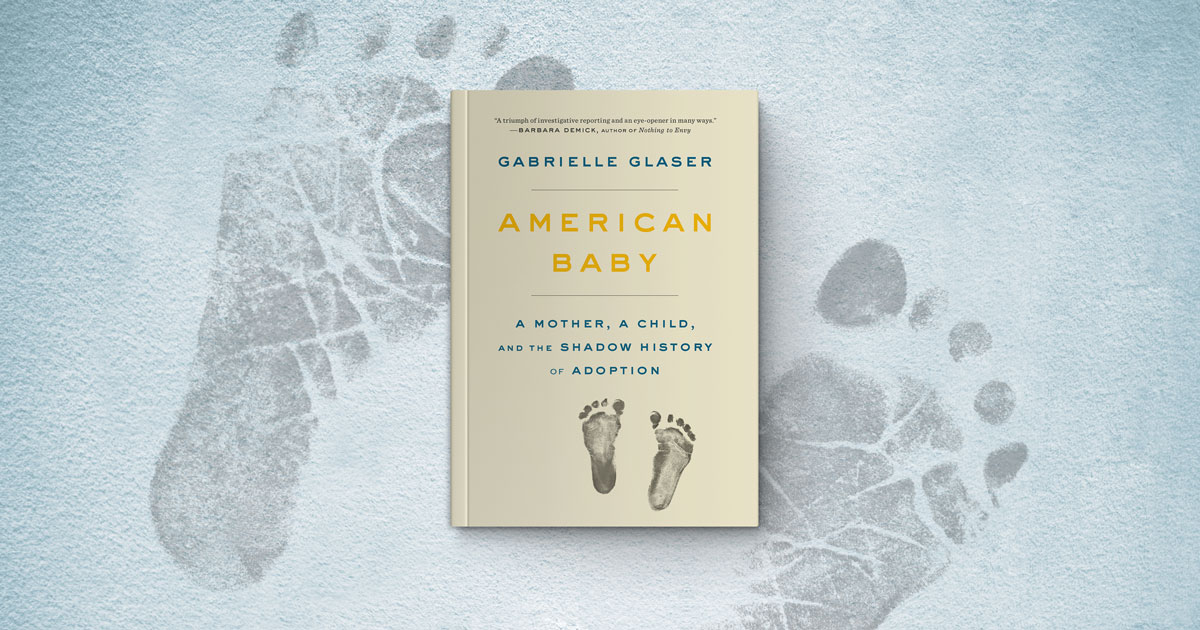 Gabrielle Glaser stumbled serendipitously onto the adoption tale at the core of her nonfiction narrative American Baby: A Mother, a Child, and the Shadow History of Adoption (Viking). She was reporting on a severely ill cantor in Portland, Ore., David Rosenberg, who was receiving a kidney donation from a friend. Rosenberg’s hope was that his birth mother would see the resulting article and reach out to him.

In this deeply and sensitively reported book, Glaser, ’86, MA ’86, details both David’s story and the saga of the young woman, Margaret Erle, who was bullied into surrendering him for adoption. Margaret, who subsequently married David’s father and had three more children, never stopped thinking about her lost child and longing to see him again.

The New York City–based (now defunct) Jewish adoption agency responsible for Margaret’s ordeal, Louise Wise Services, will be familiar to viewers of the documentary Three Identical Strangers, about triplets adopted into separate homes for the sake of an ethically questionable nature-nurture study. But Glaser makes clear the agency was just part of a much larger problem—a midcentury adoption-industrial complex that, for a price, supplied infertile couples with children by shaming unmarried women into relinquishing them.

She hadn’t spoken a word about her missing son in years. She’d spent 17 years looking for him in crowds, wondering if boys with dimpled chins might be him . . .

It’s a sobering reminder of the enormous social stigma that, as recently as the early 1960s, was attached to pregnancy outside marriage. With her parents’ acquiescence, Margaret was shunted into a maternity home, submitted to a brutal birth regimen, and harassed, under threat of juvenile detention, into signing her child away.

The Louise Wise agency’s sins were manifold. It lied to David’s loving adoptive parents, both of whom were Holocaust survivors, about Margaret’s reasons for surrendering her son. And it failed to pass on any of the family medical history that Margaret dutifully relayed over the years—with potentially fatal consequences.

Glaser relates Margaret and David’s story with intimacy and sympathy. And she interweaves it with what she calls “an important chapter of American social and cultural history hiding in plain sight.” Rife with fraud and abuse, midcentury closed adoptions, in Glaser’s telling, bore little resemblance to the feel-good popular conception of the practice.

Some of Glaser’s ire is directed at the convention of sealing birth records, which made it difficult—sometimes impossible—for birth parents and adoptive children to reconnect later in life. It took a DNA test to finally reunite David and Margaret.

American Baby packs a double punch: Its account of adoption abuses will fill readers with righteous rage. And its tale of a single bittersweet, belated reunion will move them to tears.

Julia Klein is a cultural reporter and critic in Philadelphia. Her work has appeared in the New York Times, Wall Street Journal, Washington Post, Mother Jones and other publications.