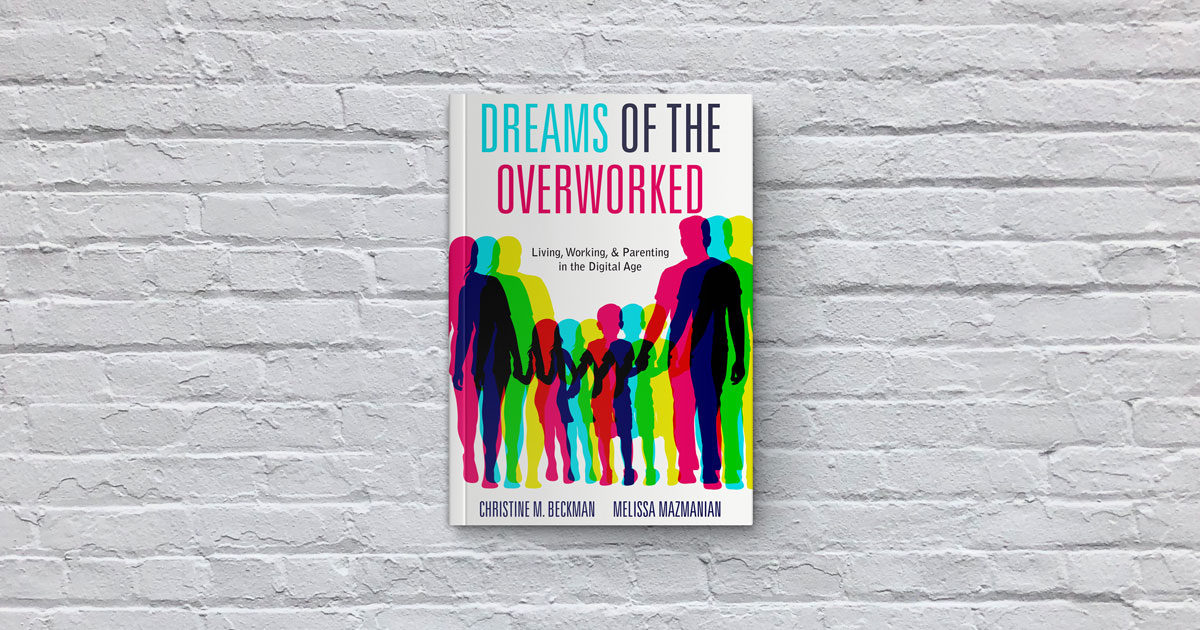 Working parents are bone-tired. That much is clear with two Southern California professors’ well-documented tour of our triple-crown quest to be the “Ideal Worker,” the “Perfect Parent” and the “Ultimate Body.” Among the memorable stories included in Dreams of the Overworked: Living, Working and Parenting in the Digital Age, by Christine M. Beckman, ’91, MA ’91, PhD ’99, and Melissa Mazmanian (Stanford University Press), is that of a single mother who aims for a daily 4:30 a.m. treadmill run before dropping off her kids at school, with only a Starbucks vanilla latte fueling her hour-long commute.

Sound familiar? As Beckman and Mazmanian trail the family lives of nine California-based executives, it’s indisputable that the “mental checklist is long” in their daily schedules, which could be described as insane. Yet while other experts might recommend chucking the checklist, the authors intrinsically understand that stepping off the hamster wheel requires much more effort than we think.

When someone wants someone else’s attention they just have to give the string the tiniest of tugs (send a text, leave a Snapchat video, drop an email) and the tug is felt instantly, with force.

Toward that end, via eight years of research and observation, the authors have given us the terminology to assist our search for sanity. “Scaffolding” builds the floor underneath the daily quicksand that might otherwise sink us, the authors write, as they describe the many layers of informal, community and paid help that make it possible to keep our busy lives on track. Roger’s wife, for example, manages their children’s schedules so that he may train for a triathlon. Olivia’s childcare is bolstered by willing grandparents and paid assistants. Katrina’s half-sister lives in-house to manage the children, while neighbors of other lucky research subjects might drop off groceries before dinner.

What’s especially eye-opening is the authors’ crafting of language to make all this invisible work, well, visible. It’s not only the physical and mental work of, say, cooking dinners and tracking appointments, but also two much less heralded categories: the coordinating work required to arrange schedules, and the emotional labor of recognizing and appreciating those who make our dreams possible.

Ultimately, the book is a call to action to celebrate our unsung heroes. The authors cannot be faulted for falling short when it comes to decelerating the frenzy: They implore us to ask more of our technology, our employers and our politicians—whom, they write, we should lobby to align workday and school hours, and also to fund universal preschool. Also, we should “relax” and “get some sleep,” they say. In the end, though, the insight and timeliness of this working-family study is matched only by the sense of impossibility that we face in relieving the exhaustion.

Lenora Chu is a journalist and the author of Little Soldiers: An American Boy, A Chinese School and the Global Race to Achieve. She graduated from Stanford with a BS in civil engineering.