An Atheist in God's Country

As a graduate student in religious studies, Daniel Gullotta explores American history and religious texts in his search for meaning. 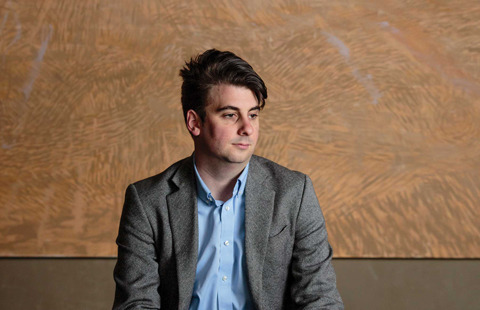 Not counting an early obsession with Greco-Roman mythology, Daniel Gullotta grew up in Australia with scant exposure to religion. But when he was 13, the 9/11 terrorist attacks confronted him with “bigger questions” that would lead him to embrace Christianity with fervor. After studying theology as an undergrad, he entered an Anglican seminary intent on becoming a priest. But a crisis of faith — exacerbated by a close friend’s suicide — derailed his plans. “I was asked to leave, and I wanted to leave,” he says.

Out in the secular world, he found his belief gone but his love for religion intact. “I didn’t miss God, but I missed his library,” he says. The realization brought him back to his old texts, this time as a nonbeliever and an academic. And it brought him to Stanford, where he is pursuing a doctorate in religious studies with a specialization in early modern North American Christianity. He spoke with Stanford about the intersections of his identity as a historian, as an atheist and as a friend.

“My friend’s suicide really opened my eyes — what’s the point? At that point, I didn’t believe in God’s plan. God was just this mystical energy force in the universe that permeated love, was love, connected us all to love. But then the classic criticisms that I knew about really started to hit me. Why go to church if God is love?

“For me as a historian, religion is an integral feature of the human experience, human society, the human way of life. To understand religion, in my opinion, is paramount to understanding humanity itself. Religion has played a huge role in the history of almost everything — the American Revolution, the Civil War, black slavery, abolitionism, all these things.

“If I had to write my dissertation tomorrow, I’d probably write about Andrew Jackson’s religious beliefs. I am penetrating his papers and finding his evolution as a religious thinker to be much more complicated and interesting [than I had realized], and watching that in context of black slavery, Indian removal and white suffrage is really interesting.

“I’d like to teach, and I’d like to write books. I really believe in the power of education and the power of knowledge, so I am an agent and a servant of both of those things.”