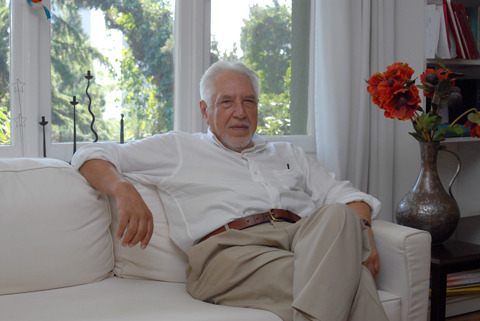 When he arrived at Stanford from Istanbul as an undergraduate in 1948, Serif Mardin exulted in “the freedom to think and write,” as his son, Osman, recalls today. Mardin, ’48, PhD ’58, lived for ideas. “He read widely and deeply and brought these literary energies to everyday life,” his son recalls.

He won perhaps more recognition outside his country than within it. He taught at Bosphorus University in Istanbul, where he created the social sciences department, at Sabanci University and Istanbul Sehir University. He also spent time at Princeton, Harvard, Columbia, Oxford and the École des Hautes Études, in Paris. He was chair of Islamic studies at American University from 1988 to 1999.

Victoria Holbrook, a friend of Mardin’s and a scholar of the divan poetry of the Ottoman court, remembers him as a bon vivant and generous conversationalist who had a keen eye for the telling human detail. “He was a big-picture person interested in how the parts of a society fit together,” she says.

At the intersection of East and West, propelled into the modern world by Kemal Atatürk, Turkey was a fertile subject for laboratory study. Mardin’s seminal work on the early reformers in the Ottoman Empire explored the 19th-century origins of the modernizing impulse in Turkey.

Mardin was the first to apply Edward Shils’s concepts of center and periphery to the Ottoman context, exploring the tenuous relationship in the far-flung Ottoman Empire between the seat of power in Constantinople and the rural populace, mediated by local clerics. In his 1989 study of Said Nursi, a Kurdish Islamic modernist, he identified the continuity of the Islamic tradition in secular Turkey.

Mardin occupied a paradoxical place in the push and pull of political forces: His family claims direct descent from Husain, grandson of Muhammad, prophet of Islam, but as a free-thinking intellectual, this was not something Mardin was in the habit of trading on.

In 2007, after the publication of a collection of his articles, he found himself unexpectedly drawn into the limelight at the center of a political debate at home. In a newspaper interview, he described his new term for the distinctively Turkish form of lingering religious authority in rural communities. It persisted, he argued, because the Kemalist revolution had left a void. There was no room for a civil society in the Western sense, based on the ideals of the Enlightenment and respect for property rights. His term for the conservative influence of popular Islam, “neighborhood pressure,” was taken out of historical context and seized upon by Islamist detractors to criticize the government.

At his funeral, one eulogist remarked that to understand the genesis and the failure of the Arab Spring, one needed only to read Mardin’s books. Mardin had sensed the conservative, religious turn in the Middle East before anyone else saw it coming.

Mardin is survived by his son.