My identity isn’t a cultural essence. It’s a political state of mind. 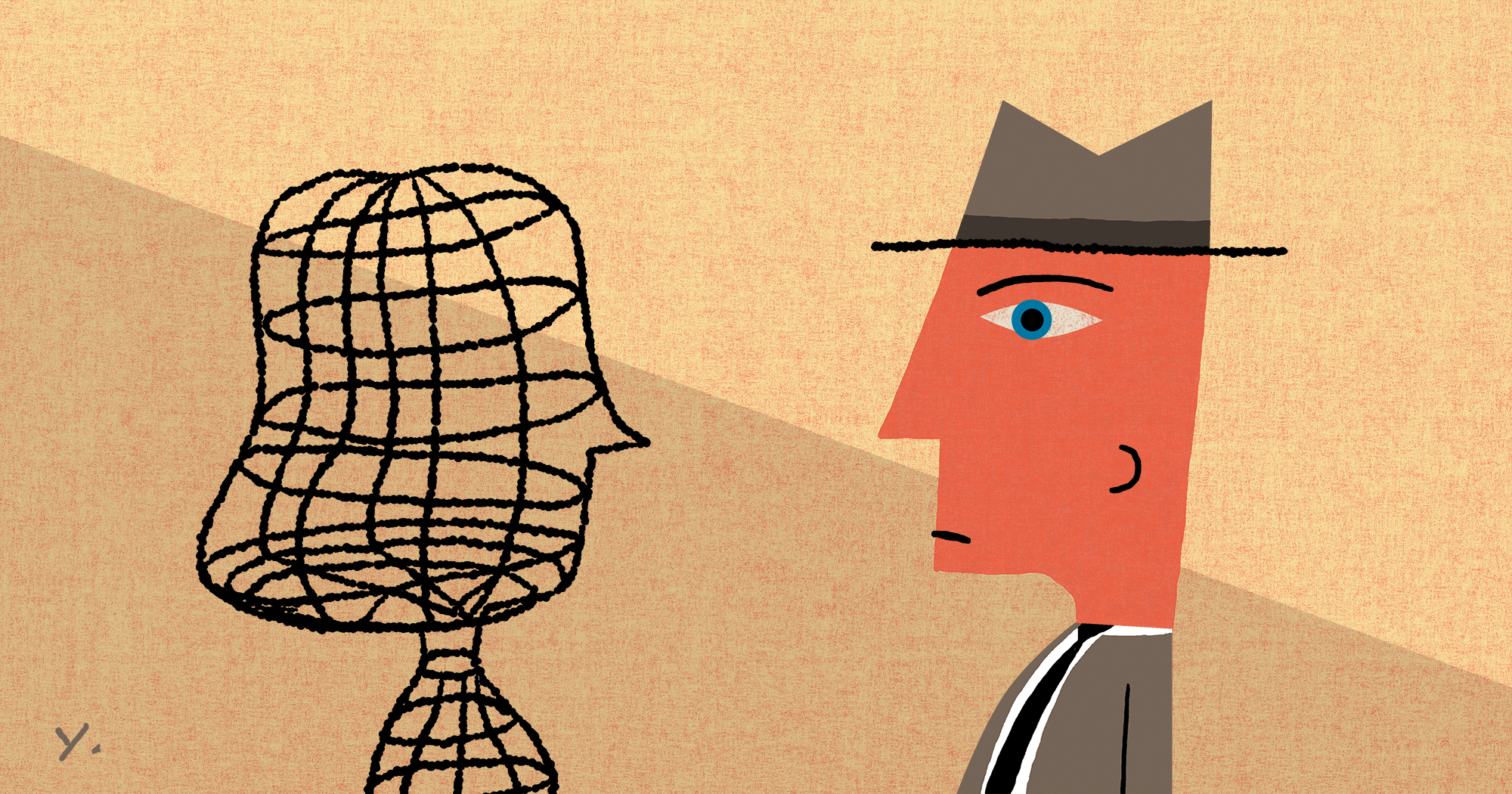 It’s been an exhausting year. I’ve been drained by a body easily tripped into fight-or-flight mode and a state of mind ever on alert. Part of this is due to fear for my family’s physical safety. The possibility that any stranger I encounter could be an aggressor does not escape me. This goes for venturing outside with my young daughter on the sidewalk or grabbing groceries at the neighborhood market. But at least my anxiety over physical safety is episodic.

What has consumed me more is the peril I feel that endangers Asian Americans categorically. With the escalated violence of the past year has come little public outrage. We’ve seen needed but largely symbolic denouncements of xenophobia and hate. And overall, the nation has had difficulty conceiving of American racism as having anything to do with Asian Americans.

My own place of work, a Bay Area community college with a student body that is almost half Asian American, has struggled to figure out how best to meet the moment. To ensure that our college cares for our campus Asian American communities, a group of Asian American faculty and staff self-organized last year and has met every two weeks to identify ways to guide the executives of the college. We have requested, cajoled, nudged, confronted, coached, orchestrated, researched, planned and presented. As a result, the college has produced a public statement of solidarity, an educational video series, campus webinars and student support groups. All these actions are good and necessary.

Education about Asian Americans—to say nothing of the subject of anti-Asian racism—rarely makes it into school curriculum at any level.

But what has become obvious in our ongoing efforts is that our college is at a loss for generating its own insight on how to care for the well-being of Asian Americans apart from the labor of this advocacy group. This unexpected work has added to my exhaustion.

This year has underscored for me that disregard for Asian American experiences is normalized. I’m not surprised, but I’m still indignant at the general public’s limited capacity to understand Asian Americans—as members of American society and as a group that continues to face long-standing racism in this country.

This makes sense. Education about Asian Americans—to say nothing of the subject of anti-Asian racism—rarely makes it into school curriculum at any level.

Years before COVID, my Asian American students individually battled institutional racism and lost. In school, some were bullied for the way they looked, teased for where they came from, belittled for how they spoke and shamed for what they ate. Their stories have never once mentioned an authority figure who helped them process what happened or said that what happened was wrong. Their encounters with racialized hostility were compounded by schools’ failures to say or do anything. My students recount these stories and minimize their own experiences in the same breath, saying, “But it didn’t really affect me.” These same students began my classes believing that racism hardly mattered to Asian Americans’ experiences. Schools taught them to trivialize their own experiences of racial hostility. My students got the message loud and clear: Anti-Asian racism isn’t something to take seriously.

But now, with the recent rampant scapegoating of Asian Americans, my students are declaring anti-Asian racism a national problem. By “anti-Asian racism,” they mean harassment, violence and hate.

But there’s a bigger frame for understanding anti-Asian racism: the conditions that allowed a race-baiting president and pedestrians alike to hurt Asian Americans in the name of protecting “Americans,” while expecting impunity. My students aren’t well-equipped to consider racism in this context. At least they weren’t initially.

One of the courses I teach is called Asian Americans and Racism. In this introductory-level class, students unpack what they know about Asian Americans. They rethink what Asian American identity means to them—not as a descriptor of a cultural essence but as a politicized consciousness born of radical struggles in the late 1960s. They study U.S. history and discover how racial subordination of Asian Americans has reinforced anti-Blackness and white dominance since the mid-1800s. They map racial hierarchies and come to see how Asian Americans can be devalued as un-American foreigners while also valorized as minority exemplars. And they reflect on Asian racial ambiguity, which alerts them to prevailing narratives that praise Asian Americans as the “good” minority when they don’t “make trouble” but deny them the legitimacy of minority status when they oppose racism and cause good trouble.

In school, some were bullied for the way they looked, teased for where they came from, belittled for how they spoke and shamed for what they ate.

Students realize that in the eyes of many people, Asian Americans are seen as neither true Americans or real minorities. This predicament—beyond overt violence, harassment and hate—is anti-Asian racism, my students conclude.

In the end, students learn to take anti-Asian racism seriously. They can track it as a long American tradition. They can critique how it’s excused and denied. They can empathize with Asian Americans and speak for multiracial solidarity, warning against the trope of Black-Asian conflict as it obscures the dangers of white nationalism. In short, they develop an Asian Americanist sensibility.

Because this sensibility is newfound to my students, I’m not surprised that my own community college and other institutions around the country have trouble responding to anti-Asian violence and scapegoating in any deep, interventionist way. We weren’t skilled in taking anti-Asian racism seriously to begin with.

There’s a special irony to my teaching and advocacy work these days. In 1988, I moved from New York to California to discover as a Stanford frosh that I was “Asian American.” I had never heard the term before, but in conversations at the Asian American Activities Center, which I gravitated toward, I was schooled by friendly and impassioned upperclass students about all things Asian American. This included the then-20-year effort to establish an Asian American studies program at the university. This was a time of vibrant student activism on campus. That Asian American studies became one of the top priorities of a multiracial student coalition has always stayed with me (and still informs my politics). The coalition pushed for Asian American studies as well as greater financial aid, more minority faculty, more ethnic studies and the hiring of staff for the Chicano student center. All these points sounded reasonable to me—so much so that, on May 15, 1989, I joined in a student takeover of the university president’s office to press for them. 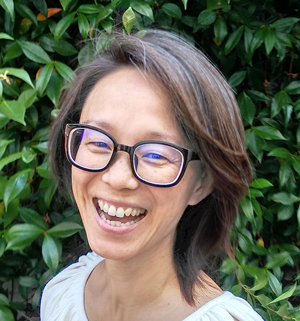 Our agenda highlighted recommendations from Stanford’s self-study on minority issues, which had just been released and had found “widespread ignorance about the history and culture of American racial minorities” among the student body. After the takeover and the arrests of 55 student protesters, Stanford president Donald Kennedy addressed the faculty: “We confirm that many minority issues and concerns are not the special pleadings of interest groups but are Stanford issues—ones that should engage all of us.”

Three decades later, it seems to me we’re still reckoning with our capacity to engage with “minority issues and concerns” as something worth collective care and competence.

Mae Lee, ’92, MA ’93, lives in Santa Clara and is a professor of ethnic studies and chair of Asian American and Asian Studies at De Anza College. She was inducted into the Stanford Alumni Multicultural Hall of Fame in 2019. Email her at stanford.magazine@stanford.edu.