A Time of Loss 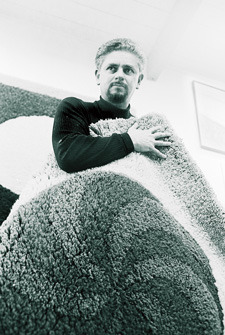 Professor Emeritus Matt Kahn, who taught art and design at Stanford from 1949 until his retirement in 2009, died at his campus home on June 24. He was 85.

Kahn was 21 when he joined the department of art; he received the Dean's Award for Distinguished Teaching in 1993. He directed the U.S. Department of State Craft Development Program in Cambodia in 1957-58.

D.school co-founder David Kelley, MS '78, a former student of Kahn's, said no one spoke as insightfully as Kahn about the relationship between design and art. "He was also world class at helping students through his critique of their work. . . . All of us remember things that Matt told us that we use and share with others in our lives all the time." 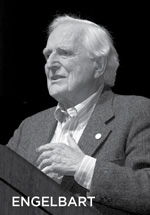 Douglas Engelbart was an engineer at the Stanford Research Institute when he invented the device that became known as the computer mouse. He died July 2 at his home in Atherton at age 88.

Near the end of 1968, Engelbart gave a conference presentation to the world's leading computer scientists spotlighting the work he and colleagues at SRI were doing. He demonstrated the mouse and a variety of interactive, networked capabilities, including hyperlinks and live text editing. Recalling his career upon his death, a New York Times story said, "The conference attendees were awestruck."

The Douglas C. Engelbart Collection at the Stanford Libraries includes the pocket notebook in which Engelbart sketched the idea that culminated in the mouse. SRI (now SRI International) was founded by Stanford in 1946 and became independent in 1970.

Following his Stanford career, he was senior pastor of Woodside Village Church in Woodside and retired from that post in 2004.