A Short History of Stanford Stadium

The start of construction on Stanford Stadium on June 1, 1921, was a moment for the school to quite literally bring out the big guns. No sooner had university president Ray Lyman Wilbur, Class of 1896, MA 1897, MD 1899, shoveled the first ceremonial scoop of dirt than the spring air resounded with cannon fire: a six-gun salute from the school’s ROTC field artillery unit. The crowd of 2,000 roared.

The cadets might as well have been shooting starter pistols. Over the ensuing five-month sprint, men, mules and machines raced to finish the West Coast’s largest stadium—capable of holding 65,000—in time for November’s Big Game. They did so with weeks to spare and for a cost of $211,000 (about $3 million today).

The result wasn’t a mere stadium. It was a statement, or in the Stanford Daily’s exultant prose: “a tangible sign to the outward world that Stanford is a live and growing institution, that it is virile, and that Stanford men and women are doers as well as thinkers.”

It didn’t, however, necessarily mean they were the best footballers. But not even a 42–7 Cal thumping in the stadium’s debut game could dull the excitement.

One hundred years later, the stadium of 1921 lives on mostly in name only. By the time of original structure’s demolition in 2005, its grandeur had been long overshadowed by grumbles about the dearth of toilets, comfortable seats and other expected amenities.

But its heart remains. To reduce costs and buffer against earthquakes, engineers a century ago built the huge earth berms that still cradles the modern stadium. (The relocation of so much dirt is why Stanford baseball has a Sunken Diamond.) Its earthy foundations, at least, may yet validate the hype of 1921. “We have a stadium good for the next 10,000 years,” the president of Stanford’s board of athletic control said when construction was finished. 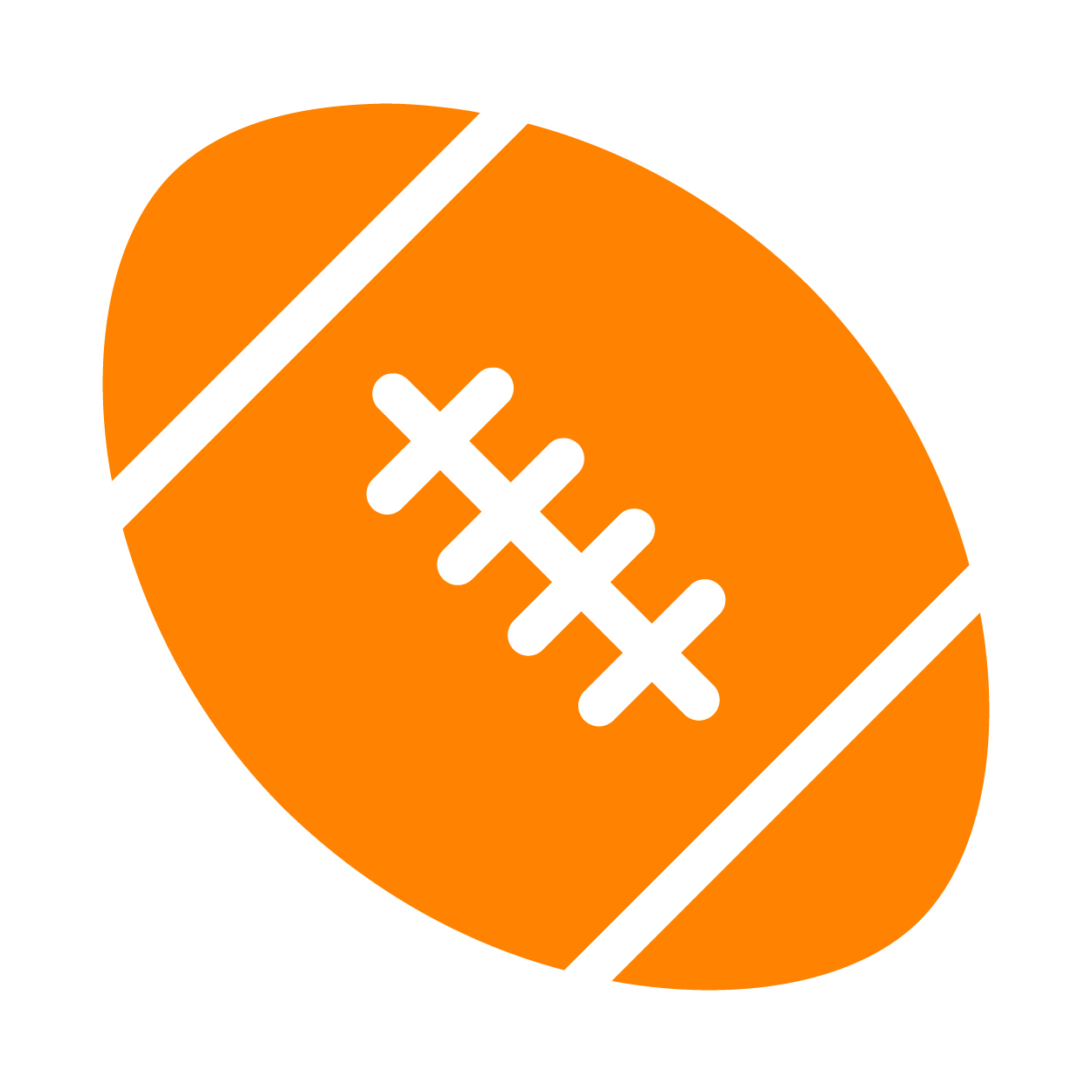 Funded largely by alumni donations, the stadium underscored a major reversal for the Cardinal. From 1906 to 1917, the university shunned football in favor of rugby, a move largely born out of university president David Starr Jordan’s disgust with the American game’s violence. But in 1918, the Army officials in charge of Stanford athletics during World War I ordered an about-face.

With Jordan no longer president and many alums eager to rejoin the rest of the country, the change stuck in peacetime. Stanford officially returned to the gridiron in 1919, just as college football was exploding in popularity. Not long after, planning began for the new playing field and a surrounding track oval.

A year after Stanford’s stadium opened, the Rose Bowl followed suit in Pasadena. The year after that came the Los Angeles Memorial Coliseum and California Memorial Stadium in Berkeley. Stanford, once the lonely protester, had turned pied piper. 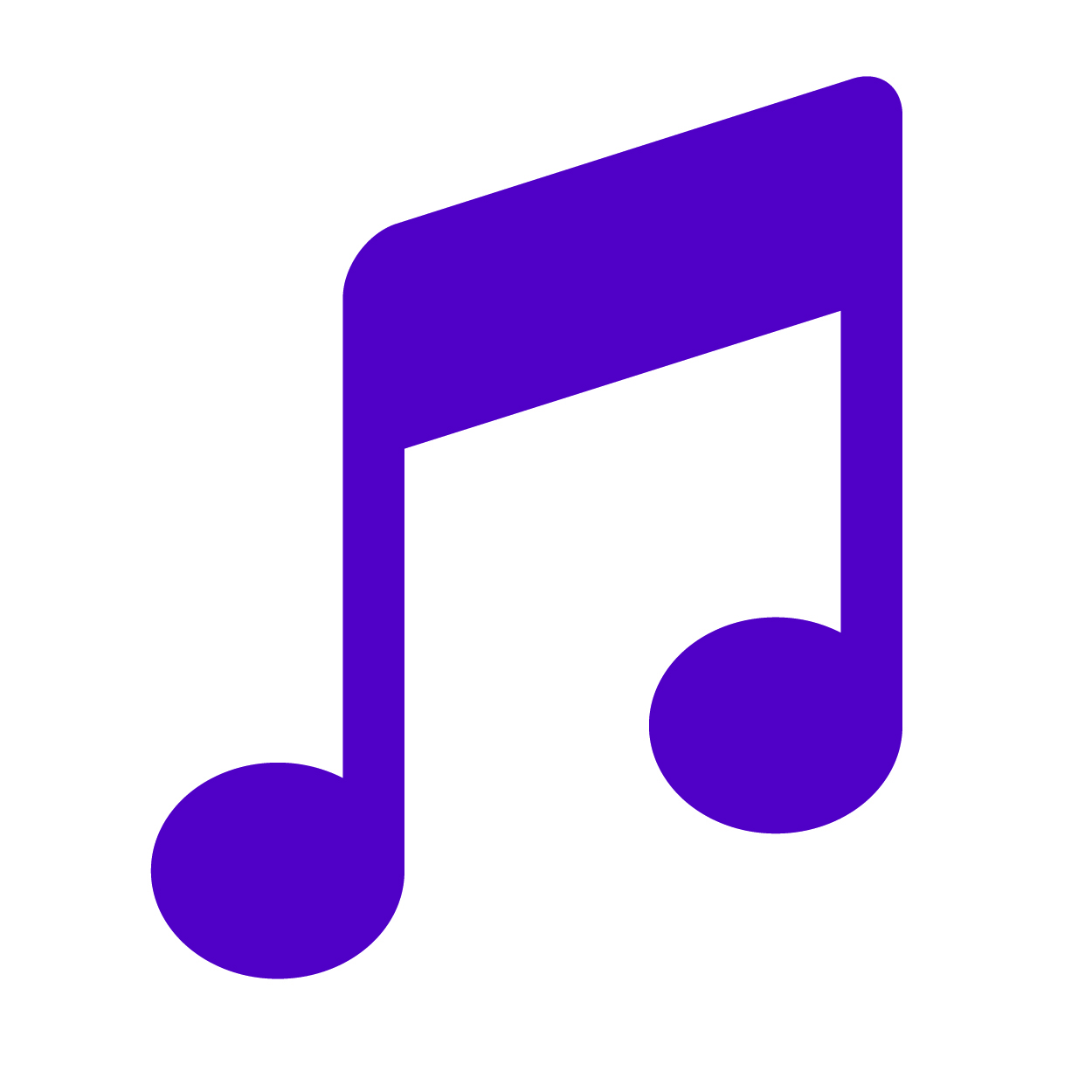 While the stadium was never intended exclusively for football, few foresaw arias on its turf. But San Francisco Opera founder Gaetano Merola couldn’t ignore his ears. Wherever he stood during the 1921 Big Game, it was reported, every note from the bands and singers was clearly distinguishable. So he persuaded the university to host an outdoor opera series. The result was an artistic success—and a financial failure. 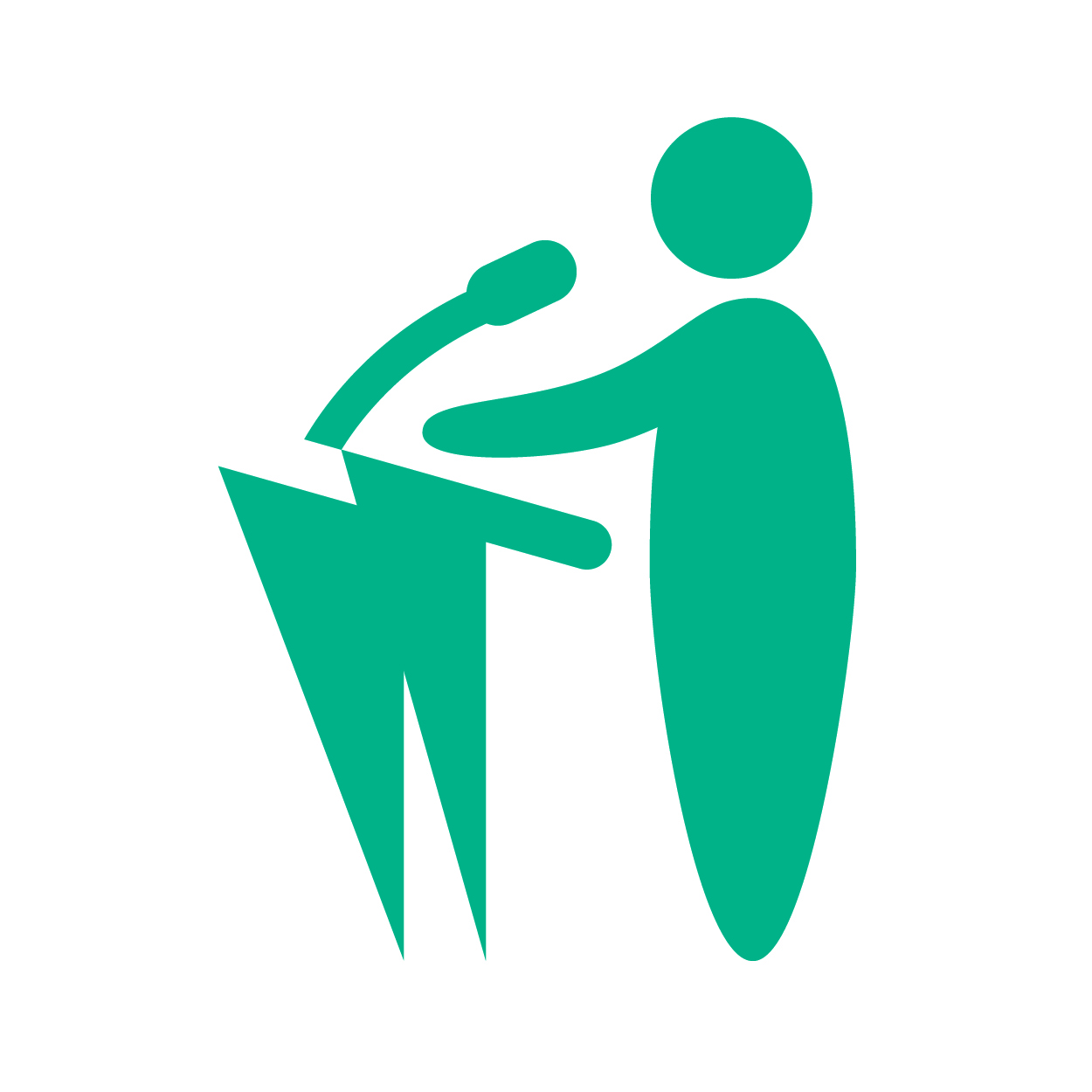 ALL POLITICS IS LOCAL

Hindsight also tinged Herbert Hoover’s moment of glory in the stadium. More than 70,000 people (additional capacity was added over time, eventually maxing out at 88,000) packed the stadium on August 11, 1928, to hear Hoover, Class of 1895, accept the Republican nomination for president. Like the stadium itself, the Pioneer Class’s standard bearer embodied the growing prestige and promise of the still-young university. But his speech may be most notable today for its oblivion to the Depression lurking around the corner. “We in America today are nearer to the final triumph over poverty than ever before in the history of any land,” Hoover proclaimed. “The poorhouse is vanishing from among us.”

Of course, sport, not politics, was the stadium’s main claim to fame. But one event famously mixed the two. In 1961, Stanford’s athletic department was in dire financial shape after a winless football season. In desperation, the department successfully pushed to host a track meet between the U.S. and Soviet national teams. Over two days in mid-July 1962, more than 150,000 fans showed up to watch the archenemies split athletic honors—the laurels went to the U.S. men and the Soviet women—with the athletic department netting almost $150,000 in the process. But the real winner may well have been humanity. The televised event showcased a remarkable ease between opposing athletes in a period where the nuclear powers were in constant and frightening friction.

“It was probably the most dramatic thing I’ve ever seen in sports,” longtime Stanford play-by-play announcer Don Klein told Stanford years later. “Two enemies ready to shoot missiles at each other were walking side by side, with their arms around each other, the full crowd rising. It was a tremendous emotional experience for anyone there.” 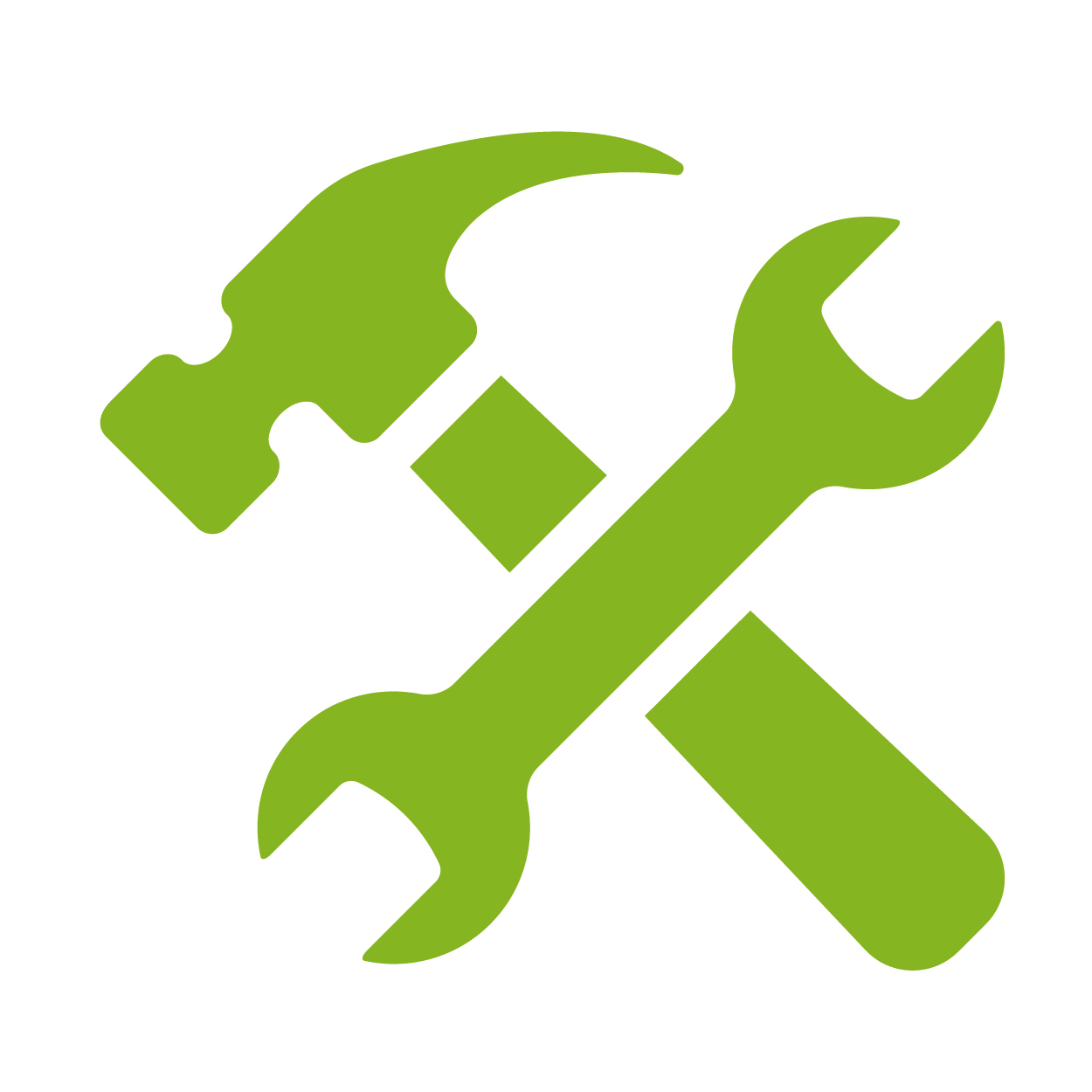 The old stadium hosted some of the world’s most famed sporting events, including 1984 Olympic soccer preliminary matches, the 1994 men’s World Cup and the 1999 women’s World Cup. The limelight wasn’t always flattering. Ahead of Stanford-hosted Super Bowl XIX in January 1985, Mercury News columnist Mark Purdy let rip on the splintery seats, distant sight lines and abundant dirt. “Stanford Stadium was constructed in just 18 weeks, by teams of mules and men,” he wrote. “From appearances, the mules won.”

The university would upgrade the stadium several times in its latter years. Ultimately, its flaws were judged too numerous to fix. And the restrooms, oh, the restrooms. “We used to line up at halftime and never get back to see the rest of the game,” the late Stanford track and field coach Payton Jordan told the San Francisco Chronicle before the old stadium’s demolition.

Fans were still on the field on the last home game of 2005 when the demolition began. Completion of the new, smaller stadium (it seats a cozy 50,424) took more than twice as long as the original and missed being ready for the 2006 opening game.

But the construction crew put in four times as many toilets, so no hard feelings.

A Century Ago, Stanford Won Its First National Championship

One throw started an unparalleled streak.