A Century Ago, Stanford Won Its First National Championship

One throw started an unparalleled streak. 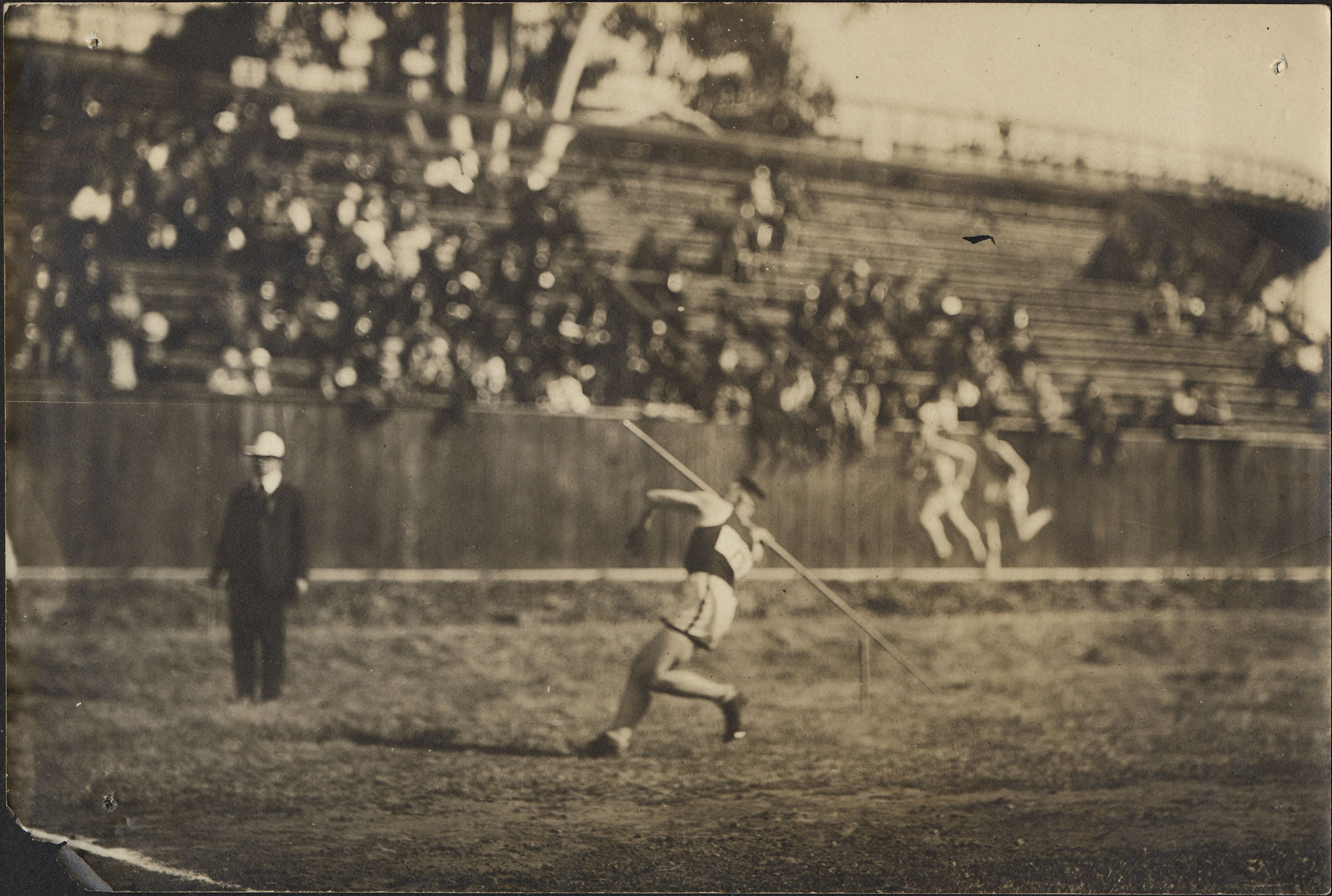 IN THE BEGINNING: Hanner in action in 1921. Photo: Courtesy Department of Special Collections/Stanford University Libraries

IN THE BEGINNING: Hanner in action in 1921. Photo: Courtesy Department of Special Collections/Stanford University Libraries

If Stanford’s emergence as an athletic superpower has a launch date, it might be June 18, 1921, the day Flint Hanner showed up in Chicago as Stanford’s only representative at the first NCAA track and field championships.

A multisport athlete who played rugby as well as threw the shot put and discus, Hanner excelled above all else at hurling a javelin. After a breakout performance at the 1920 Big Meet at Cal, Hanner, Class of 1922, MA ’30, quickly developed a reputation as the best javelin thrower on the West Coast.

In the summer of 1920, Hanner headed to Belgium as a member of the U.S. Olympic team, though, for reasons now difficult to discern, it appears he did not compete. Certainly, he didn’t join the 11 Cardinal athletes who won 16 medals in Antwerp, the first of Stanford’s great collective Summer Olympics performances.

In watching the Finns, Hanner ‘observed a peculiarity’ of form that he would copy to great effect.

But Hanner’s time in Europe proved valuable all the same. It exposed him to his sport’s unrivaled masters—the Finns, who swept the top four spots at the Games. In watching them, Hanner “observed a peculiarity” of form that he would copy to great effect.

Indeed, he returned home with an extra 10 feet to his throws, the Daily reported, and his upward trajectory continued as the 1921 national championships approached.

His winning throw of 191 feet, 2.25 inches on Chicago Stagg Field was more than 25 feet farther than his Big Meet heroics just over a year prior.

In modern terms, it wouldn’t be a remarkable performance. Today, that throw would rank Hanner 195th among NCAA Division I male athletes and 32nd among U.S. high school throwers, according to Jennifer Svoboda, Stanford’s assistant track and field coach. Liam Christensen, ’21, who holds the Stanford record of 245 feet, 4 inches, was just 15 when he first matched Hanner's distance.

Then again, as Christensen points out, Hanner couldn’t record his throws on a smartphone and use software for immediate feedback. “I’d imagine that back then, people that learned the javelin had to rely almost entirely on the feel and intuition of the throw.”

‘I would have recruited him.’

Considering the resources and knowledge of the sport available in his time, Hanner’s throw is impressive, Svoboda says, looking at one of the very few photos showing Hanner in action. “I would have recruited him,” she says. “The first thing we would work on was lengthening the javelin back and keeping a long arm.”

In 1921, Hanner’s throw was good enough to make him Stanford’s first national champion—though he would not be the school’s only champion for long. Three weeks later, Phil Neer, Class of 1925, went five sets against a Harvard opponent to become Stanford’s first national tennis champ. The next year, Neer and James Davies, Class of 1923, became the first duo outside the East Coast to claim the doubles title.

Stanford’s championship run was on. One hundred years, more than 600 individual national championships (not to mention 128 NCAA team titles) later, the Cardinal isn’t slowing down. But you never forget your first. A happy century to the throw that made Stanford the Home of Champions.