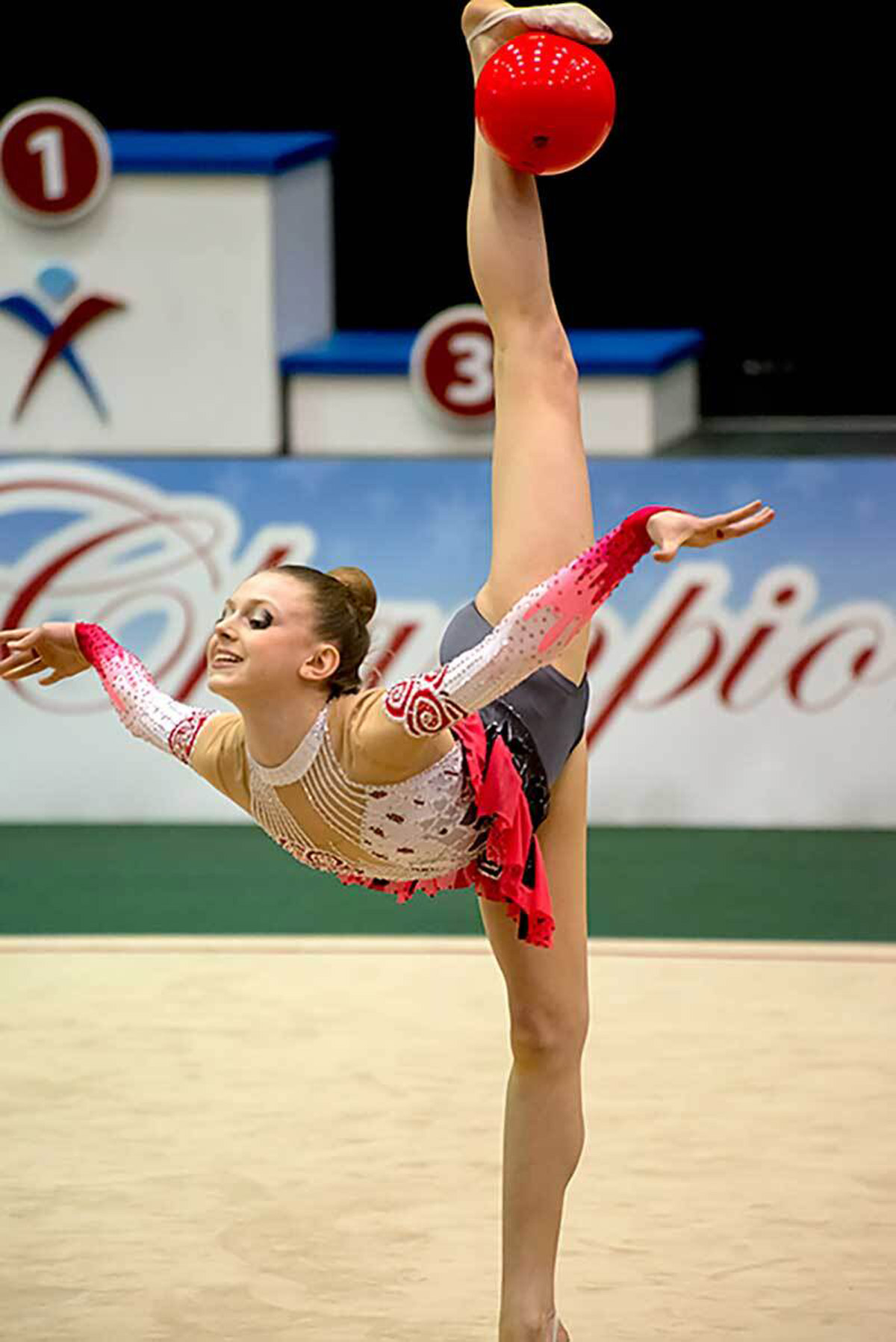 During my 14 years of training in rhythmic gymnastics, I received a lot of questions about whether my goal was to go to the Olympics. I usually gave unsatisfying but honest answers like, “I just want to improve and do my best.” The Olympics simply didn’t seem like an event I could plan for, but it was difficult to explain that when everyone around me acted so excited about the Games. I remember one of my sixth-grade classmates asking me if I’d get to compete at the 2016 Olympics. That was in 2008. We wouldn’t know who qualified for the 2016 Olympics until 2016, but the idea of making it is far grander than the details.

In rhythmic gymnastics, as in most sports, competition at the top is tight, and no one is guaranteed to make the Olympics. Still, it wouldn’t have been outrageous for me to hope. I was a member of the U.S. rhythmic gymnastics national team for seven years, and in 2013 and 2014, I was one of 24 athletes who qualified to compete in the World Championship finals. I never belonged to the select group of gymnasts with a chance at Olympic medals, but I competed with the next tier, the athletes hoping for a top-20 world finish and a spot at the Games. 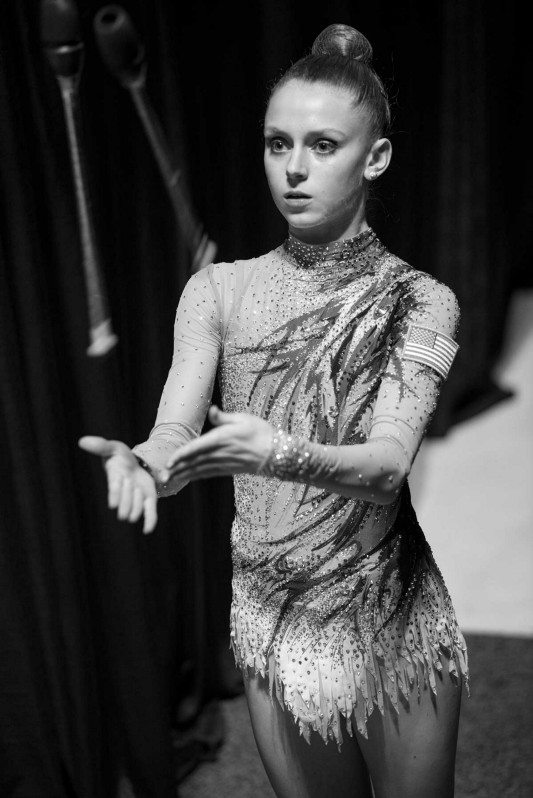 I never became an Olympian. Maybe if the Summer Olympics had taken place in 2014, the year I competed best, instead of 2016 . . . but the world doesn’t work that way, and that’s all right. 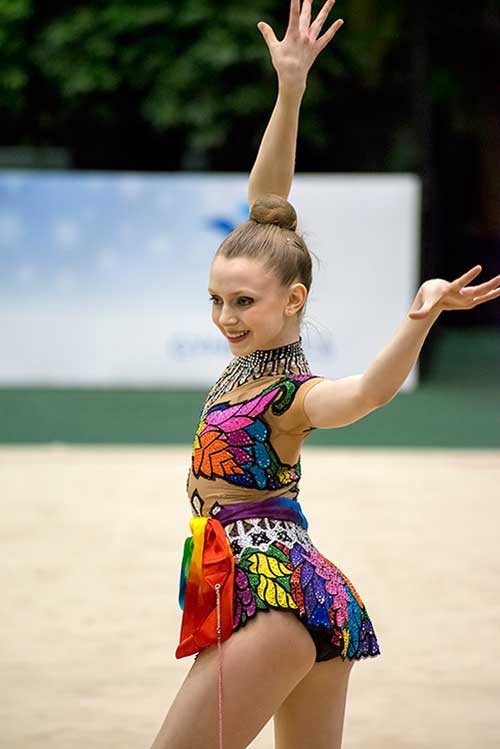 Photo: Suzanne MetzelI don’t spend a lot of time wondering what I missed, but I did for a moment at the first Stanford home football game in 2016. As we applauded our student Olympians, I mused that perhaps if I’d done better at a few key events in 2015, I might be receiving an award on the field rather than standing anonymously in the bleachers. The funny thing was, though, I liked the anonymity. I’d been “the rhythmic gymnast” since elementary school, and I felt ready for a change. I also knew my amazing teammates had earned better results in Rio than I’d ever managed to achieve. Things were fair.

I know my mindset might not make sense to everyone. In the United States, we host Olympic watch parties, track medal counts on TV and feature the Games’ top athletes on magazine covers all season. I’m as proud of our medalists as the next person, but to me, elite sports mean far more than what we can detect just by watching the Olympics. 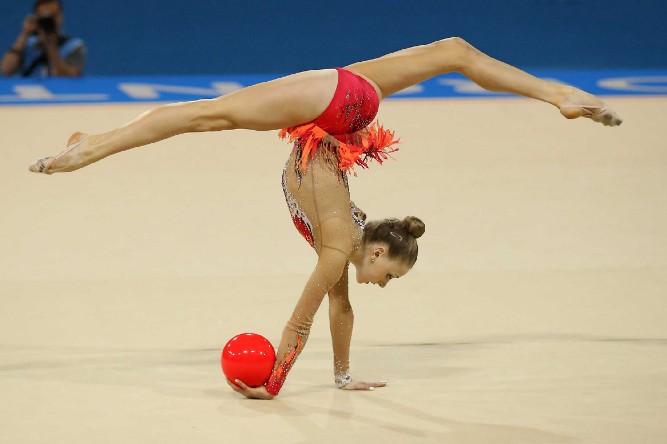 Rhythmic gymnastics gave me so much. I competed in a dozen countries and trained in both the U.S. and Russian Olympic training centers. I loved traveling with a team, representing my country, reaching personal bests and making international friends. For some athletes, the Olympics provides a perfect chance to experience all these benefits of sport. But many others, like me, find them at the World Championships, the Pan American Games, World Cup competitions or other events that receive less public attention. I’m sure my life would have been very different — and less interesting — without gymnastics. 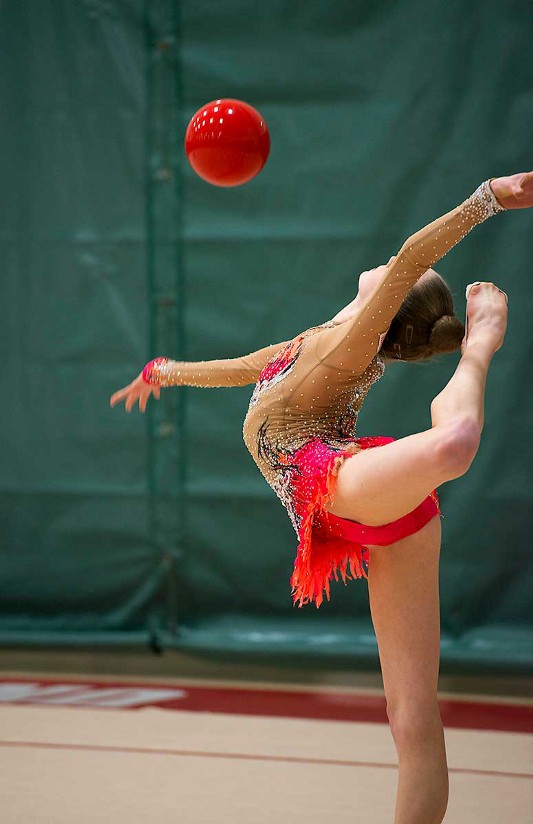 As I watch the 2018 Winter Games, I’ll be hoping for American medals, but I’ll also remember practicing right next to the ski jumpers doing flips on a trampoline at the Lake Placid Olympic Training Center. I’ll remember how the luge athletes reviewed training videos in the dining hall and how a bobsledder snuck ice cream to us gymnasts. I’ve been lucky enough to meet many world-class athletes — some who’ve competed at the Olympics and some who haven’t — and one of my favorite parts is how human they all are. 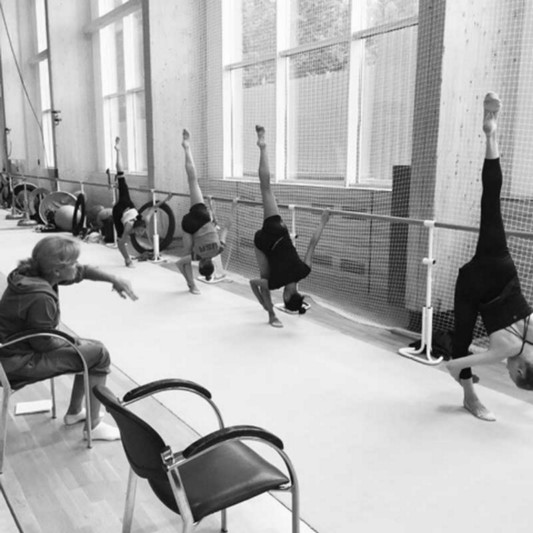 Photo: Natalia KlimoukAnd then I’ll look at the TV and see the cameras trained on athletes ready and waiting for their event to start. I’ll remember the feeling of waiting to hear my name and country announced and realizing there’s a camera on me and pretending I don’t notice the camera. I’ll think of waiting to do my first routine at my first World Championships. Of walking onto the floor and thinking, “I can’t believe I’m actually about to do this,” and then, “I can’t believe I’m currently doing this,” and then, “Focus. Left shoulder forward,” and then, “I can’t believe I just finished my first routine at the World Championships.” I wonder whether competing at the Olympics ever feels like that. I don’t know, but based on my competition experience, if you win, you have to head to drug testing to pee in a cup as soon as the medal ceremony is over. The point is, I bet that in certain ways, it’s all less glamorous than a spectator would expect, and in others, it’s more wonderful than we can ever know.

Jasmine Kerber, ’20, will be watching the Olympics from Oxford, England, where she’s studying abroad. Even though she no longer does rhythmic gymnastics, she still loves stretching (she teaches yoga) and traveling (she’s majoring in international relations).

Olympian Focuses on the Here and Now

What Happens When Your Figure Skating Career Ends?

After women retire from sports that focus on their youth and bodies, they have to figure out their real long program. Rachael Flatt helps build digital mental-health tools for those who will come next.