Marking a small but historic step on the path to pluralism. 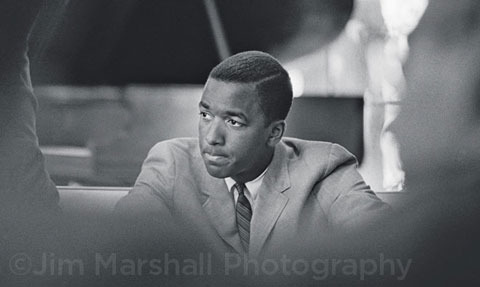 ONE OF THE STANFORD ATTRIBUTES that I most appreciate and admire is its casual pluralism. By that I mean the colorful mix of races, ethnicities and backgrounds on the Farm that feels unforced and authentic, as if thousands of people of every description happened to show up one day unannounced and without an agenda, almost by accident.

It's no accident, of course. Stanford for many years has recognized the value of diversity and worked hard to achieve it. Its effects are evident in the classroom, where ideas are encountered, debated and challenged by a range of perspectives. And they are evident in campus life, where living among people different from you is marvelous preparation for success after college.

I suspect all of us have been in places where we felt out of our element, on someone else's turf. On the Farm, for the most part, no one group holds sway over any other. Whites no longer are a majority on campus. The student body is composed of substantial numbers of Asian-, African-, Hispanic and Native Americans, and a broad and representative collection of international scholars. It gives the place a hum of energy, an intellectual dynamism you simply don't get when most of the students are alike.

But reaching that pleasant equilibrium didn't come easily or quickly. Though seldom overtly racist, Stanford, like most institutions, has struggled through periods in which people of color were marginalized, sometimes because of entrenched white privilege that failed to acknowledge their needs, and sometimes because of slow-to-erode stereotypes that fostered or created outright discrimination.

It also has a history of activism on racial matters, one example of which is the basis for this issue's cover story.

Ken Washington, an African-American freshman, accepted an offer to join the Stanford chapter of the Sigma Chi fraternity in April 1965. Sigma Chi had never had a black member, and the action ignited a controversy that embroiled the fraternity in a pitched battle against its national patron, which clung to a de facto prohibition against students of color.

It's a little-known episode of Stanford history and has all the hallmarks of a 1960s drama, with a cast of characters that includes the president of the University, a U.S. senator and a group of plucky undergraduates fighting The Man.

Sigma Chi eventually changed its policy and dropped membership constraints that led to the dustup at Stanford. And Washington and his Stanford brethren are credited to this day with speeding that transformation.

Stanford at that time was undergoing a similar change, opening doors to students of color and changing forever the composition of the student body. In 1960, the University had just two black students in its freshman class. A decade later, that number was 78.

The evolution of expanding rights and the codification of those rights is a key part of the American story. It has taken a while to live up to the noble ideals expressed in the Constitution, and in some ways we're still working on it. Ken Washington and Stanford's Sigma Chi fraternity played a small role in shaping that narrative.