We looked back at some of our favorite recent Stanford-related titles to find the perfect book for everyone on your list.

Here’s what to give every book lover (so, everyone) on your list, from your overachieving bestie to your music-loving dad. Wrap in Cardinal red and pat yourself on the back. 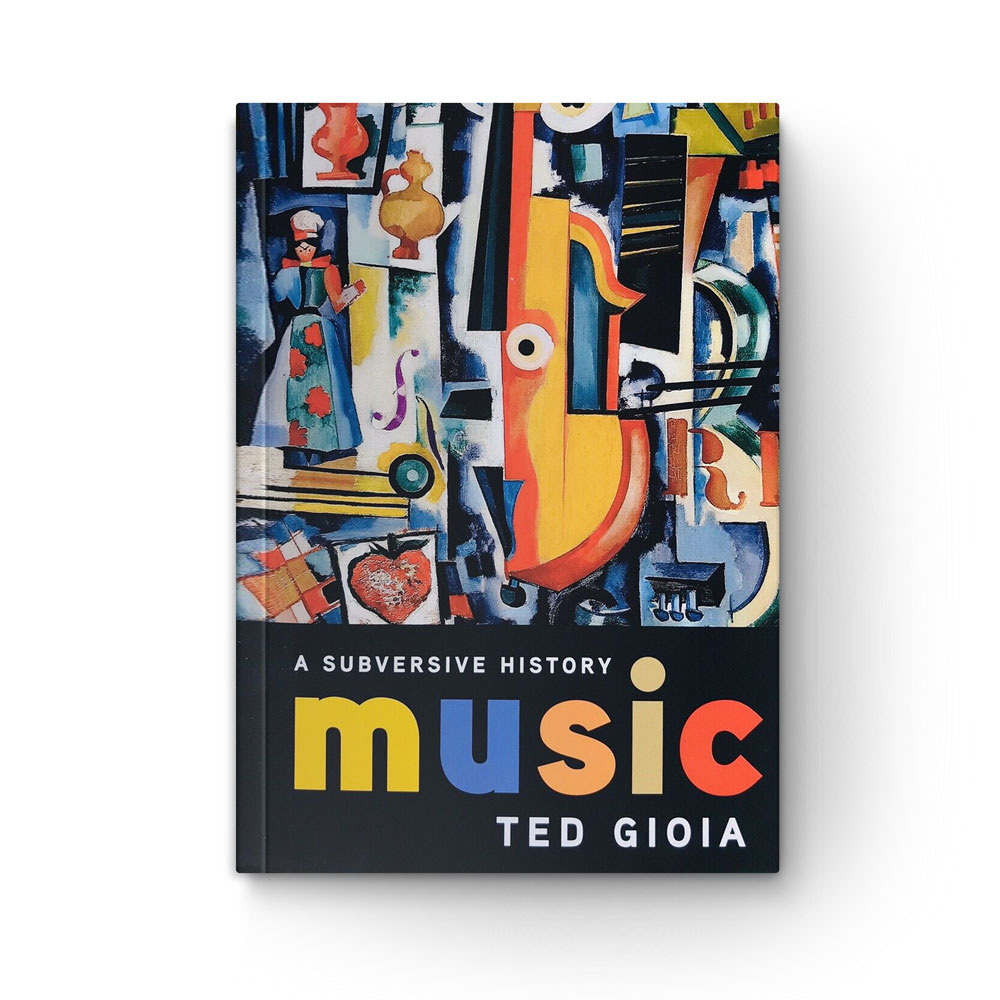 For your dad, who collects vinyl and has the best vibes. 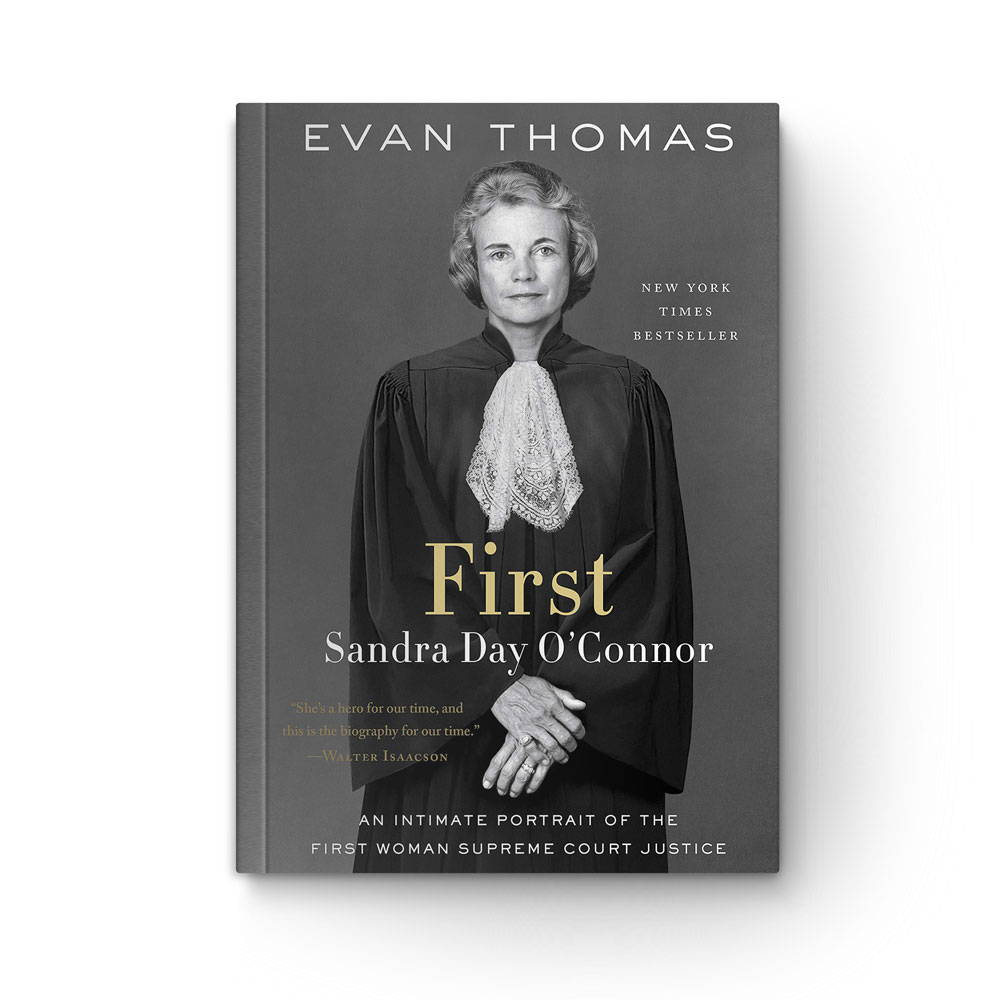 For your badass mom, who took you to work with her when school was closed.

First: Sandra Day O’Connor, an Intimate Portrait of the First Woman Supreme Court Justice, Evan Thomas; Random House. When O’Connor, ’50, LLB ’52, took her seat on the court in 1981, she let 40 minutes of oral argument elapse before asking a single question, aware that every move by the court’s first woman would make history. But as she began to speak, the lawyer at the lectern bulldozed ahead and drowned her out. Recalling the moment in her journal, she wrote, “He is loud and harsh and says he wants to finish what he is saying. I feel ‘put down.’ ” In First, Evan Thomas reveals what O’Connor was thinking along the path to becoming the most powerful woman in America. 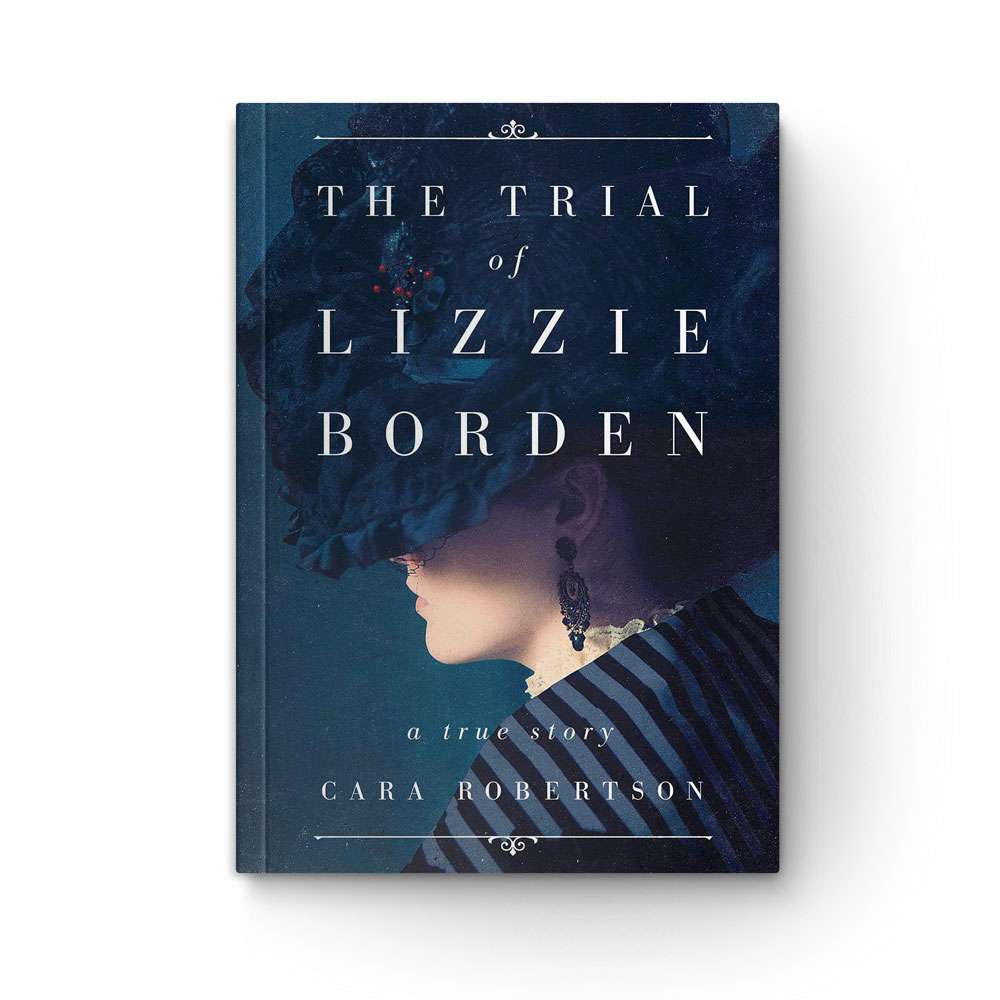 For your true-crime-loving sister, who made everyone play “Bloody Mary” at sleepovers.

The Trial of Lizzie Borden: A True Story, Cara Robertson, JD ’97; Simon & Schuster. “Lizzie Borden took an ax”—or did she? Robertson guides readers through the evidence, situating the controversy in the context of Gilded Age ideas about class and gender. In her telling, Borden’s “apparent typicality, her embodiment of feminine stereotypes” contributed to her acquittal by a Massachusetts jury, if not by history and popular culture. 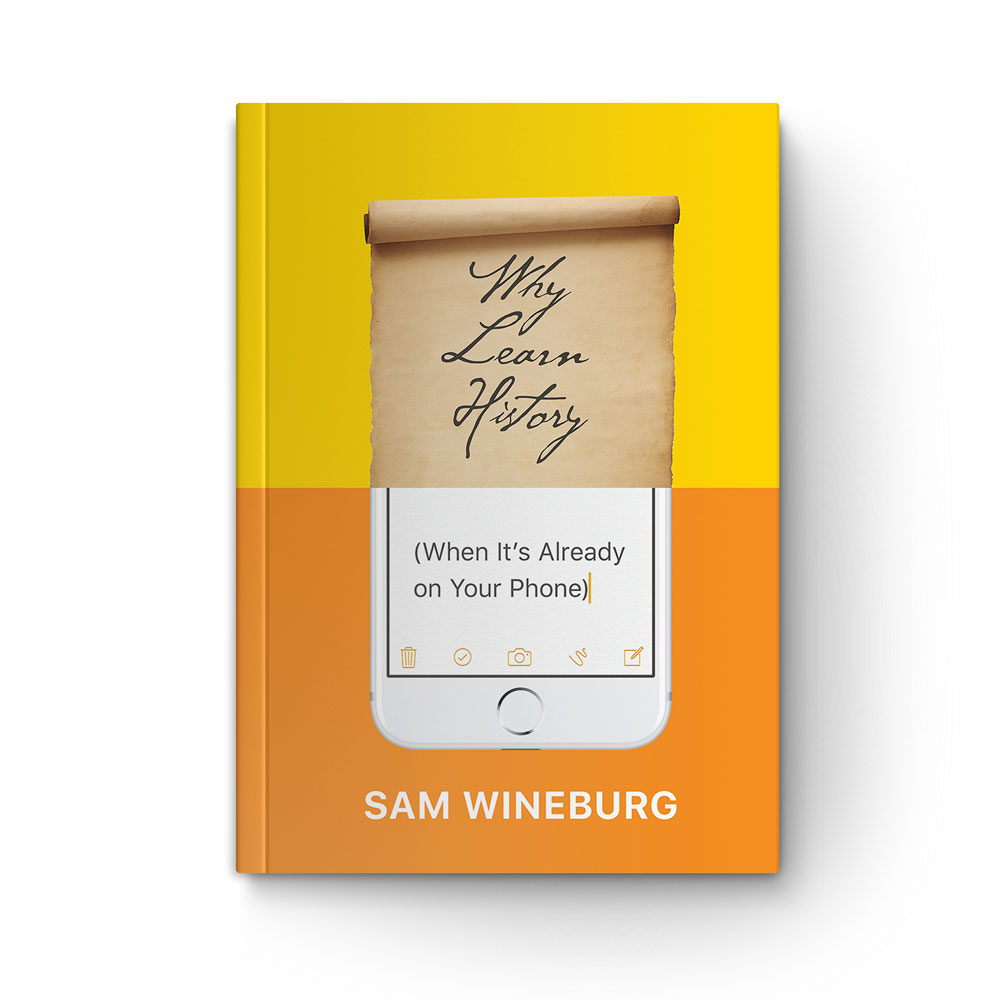 For the gifted middle schooler who (thinks she) knows everything.

Why Learn History (When It’s Already on Your Phone), Sam Wineburg, PhD ’89; University of Chicago Press. Wineburg, the Margaret Jacks Professor of Education, makes a compelling and engaging argument for changing the way we teach history. Students don’t need multiple-choice testing on isolated memorized facts; they need to learn how to evaluate the trustworthiness of all the information (and misinformation) at their fingertips. Get a copy for every teacher you know, too. 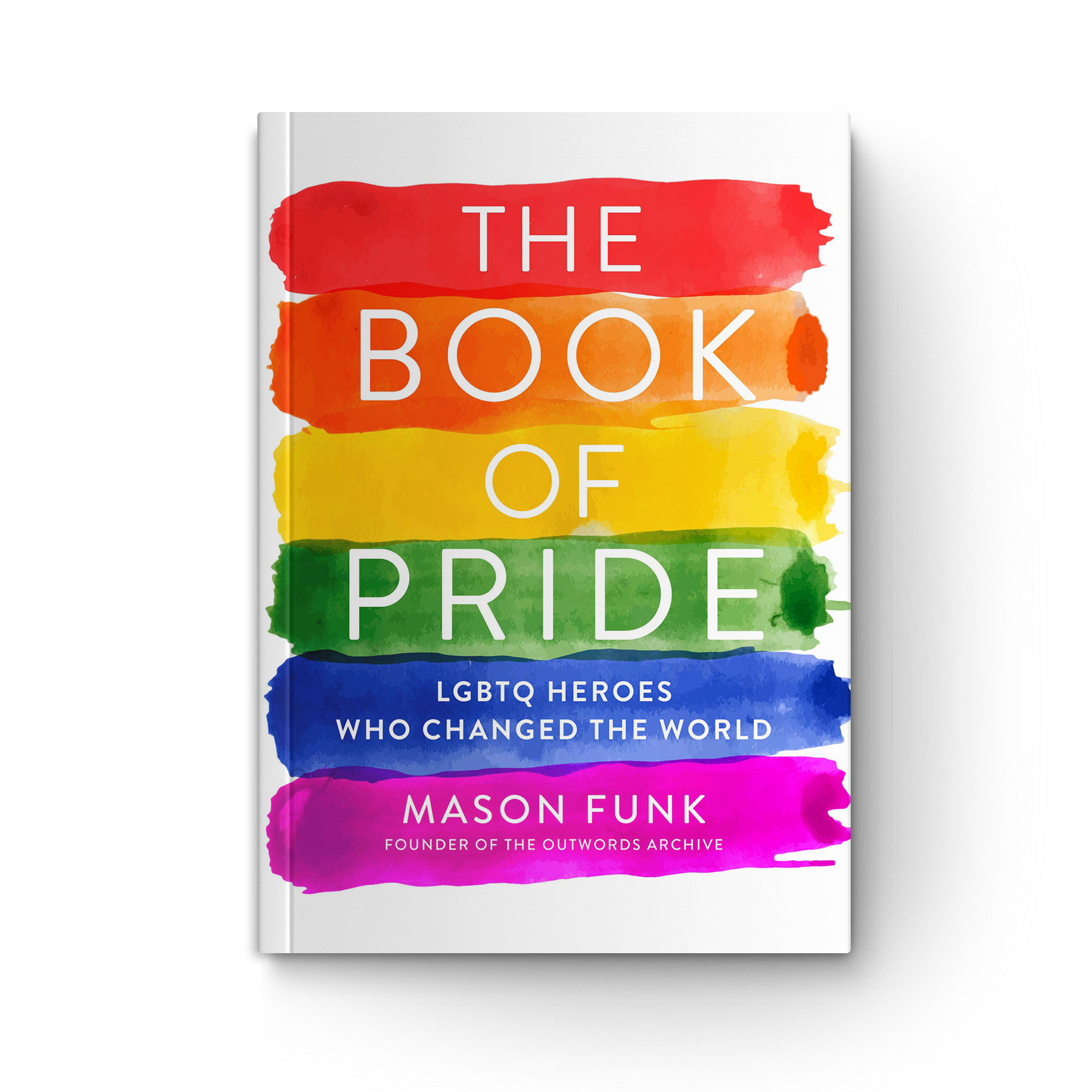 For your teenage nephew, who just came out.

The Book of Pride: LGBTQ Heroes Who Changed the World, Mason Funk, ’80; HarperOne. Meet 75 people who risked everything for equality in this history of the gay rights movement, told through interviews with activists, leaders and ordinary people. 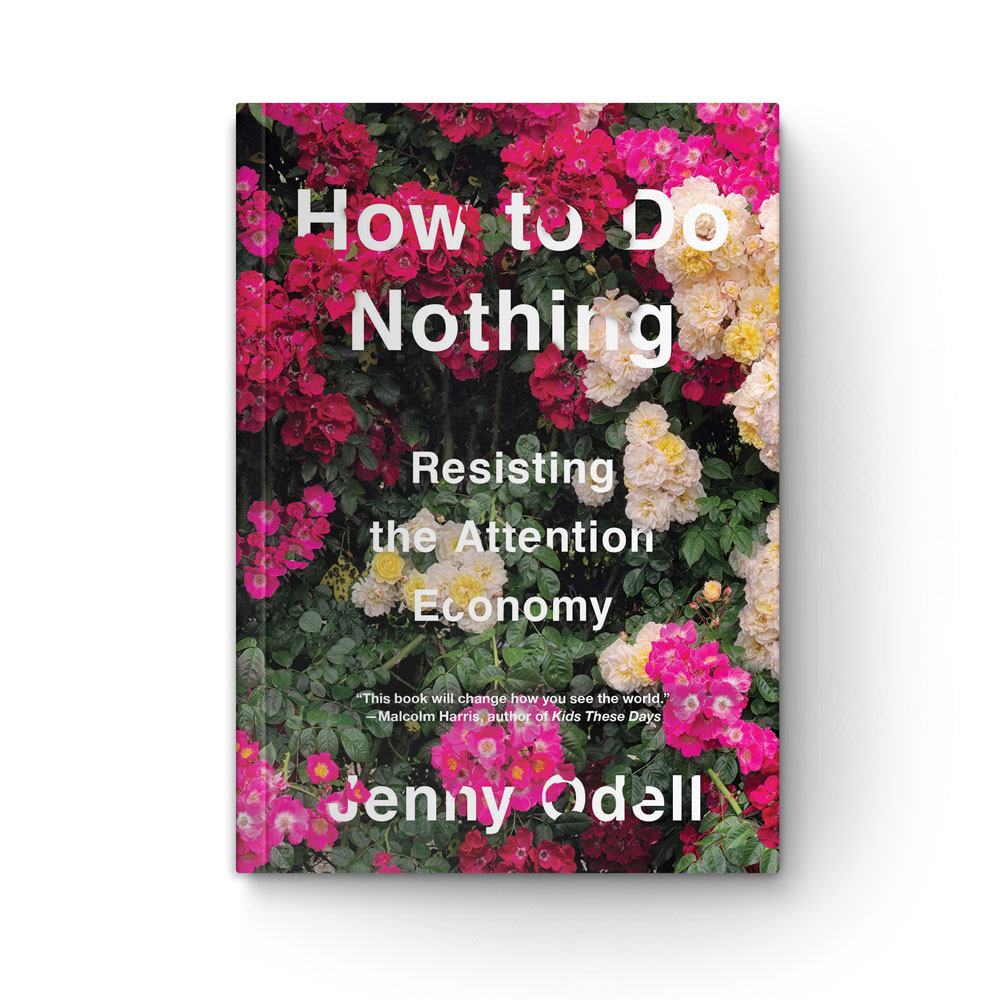 For your superstar best friend, who creates her own weather system as she flurries through her days but just confided that she wants to slow down.

How to Do Nothing: Resisting the Attention Economy, Jenny Odell; Melville House. In an age when every part of our lives is judged by our productivity, Odell, a lecturer in Stanford’s art and art history department, acknowledges the appeal of a weekend retreat or Facebook detox, and challenges us to do something more profound: to retreat in our minds. To refuse “to believe that the present time and place, and the people who are here with us, are somehow not enough” and to reclaim ownership of our most precious commodity—our attention. 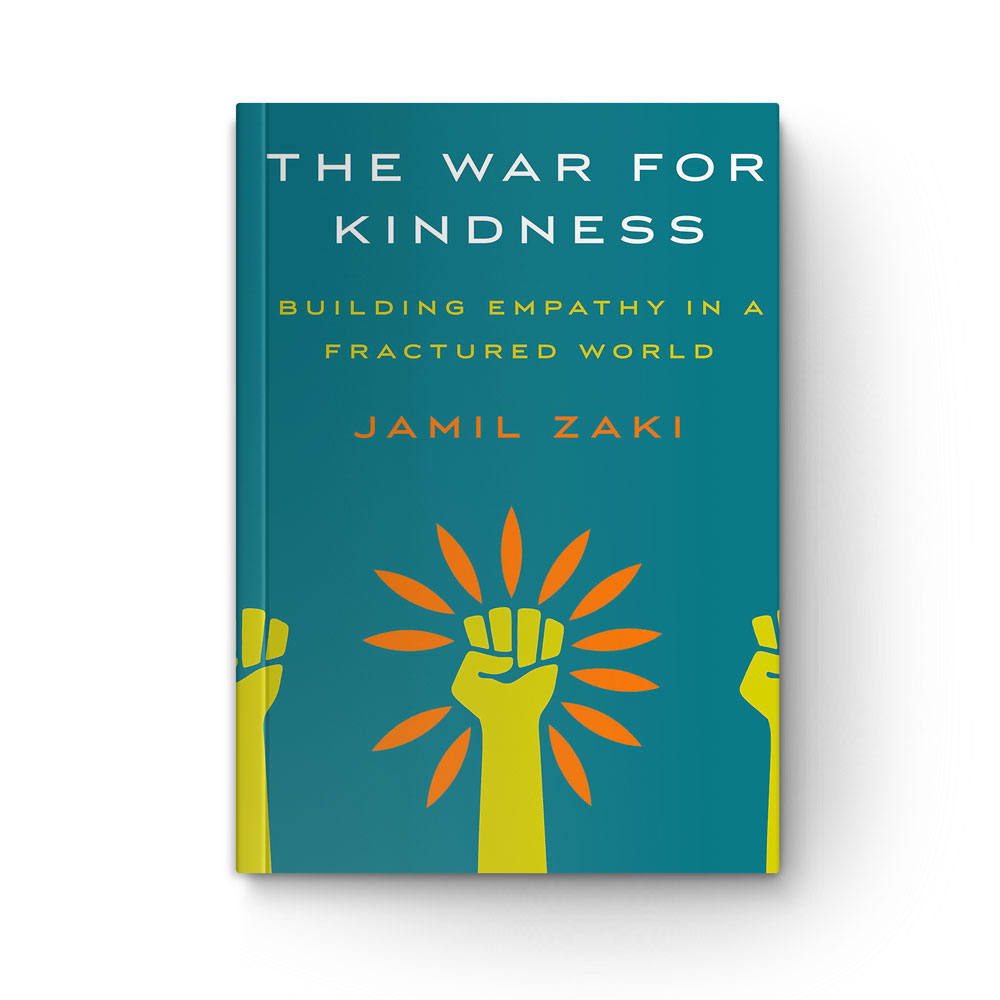 For your bighearted little brother, who is going to change the world.

The War for Kindness: Building Empathy in a Fractured World, Jamil Zaki; Crown. Yes, people are becoming less caring, but there’s hope. Psychology professor Jamil Zaki, director of the Stanford Social Neuroscience Lab, shows that empathy is a skill that can be learned and strengthened, and shares stories that will inspire kindness warriors. 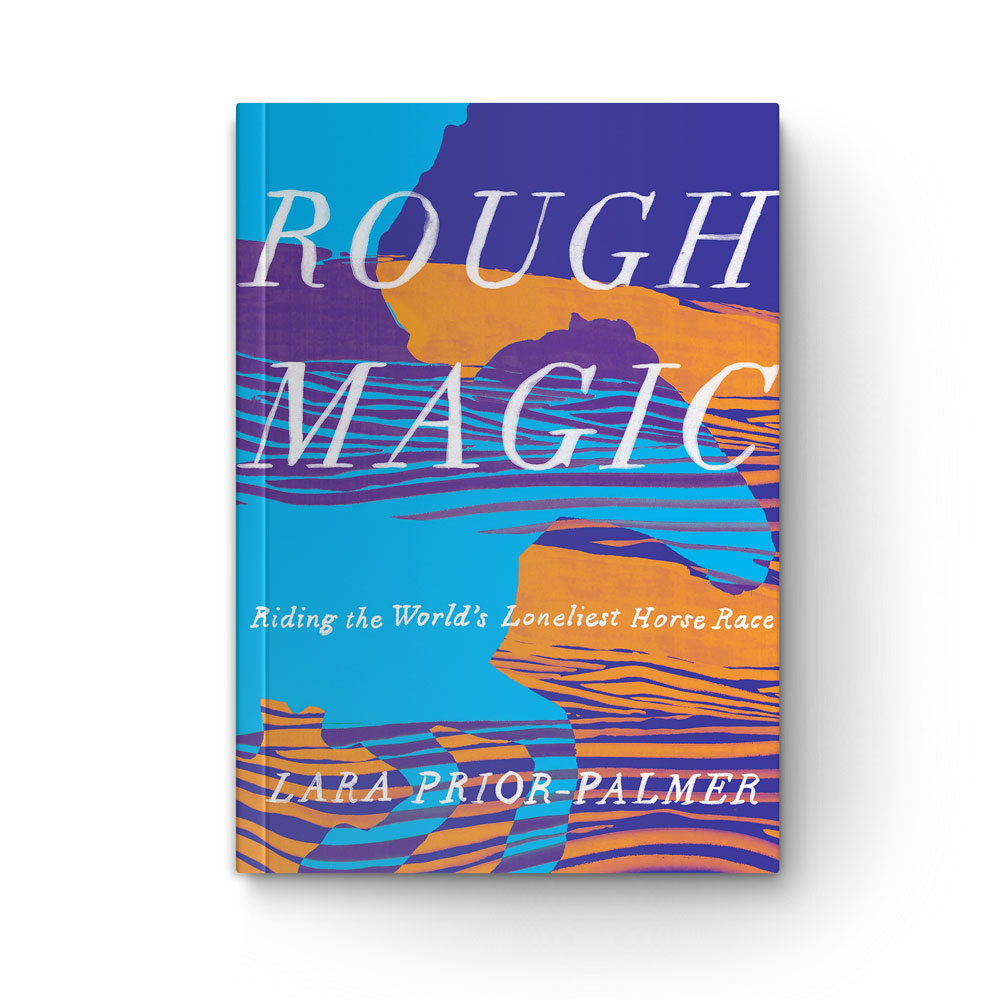 For your larger-than-life boss, who has had her share of unlikely adventures.

Rough Magic: Riding the World’s Loneliest Horse Race, Lara Prior-Palmer, ’18; Catapult. At 19, she rode horseback across Mongolia, trailing Genghis Khan (so to speak)—and made history. All on a whim. As one does. 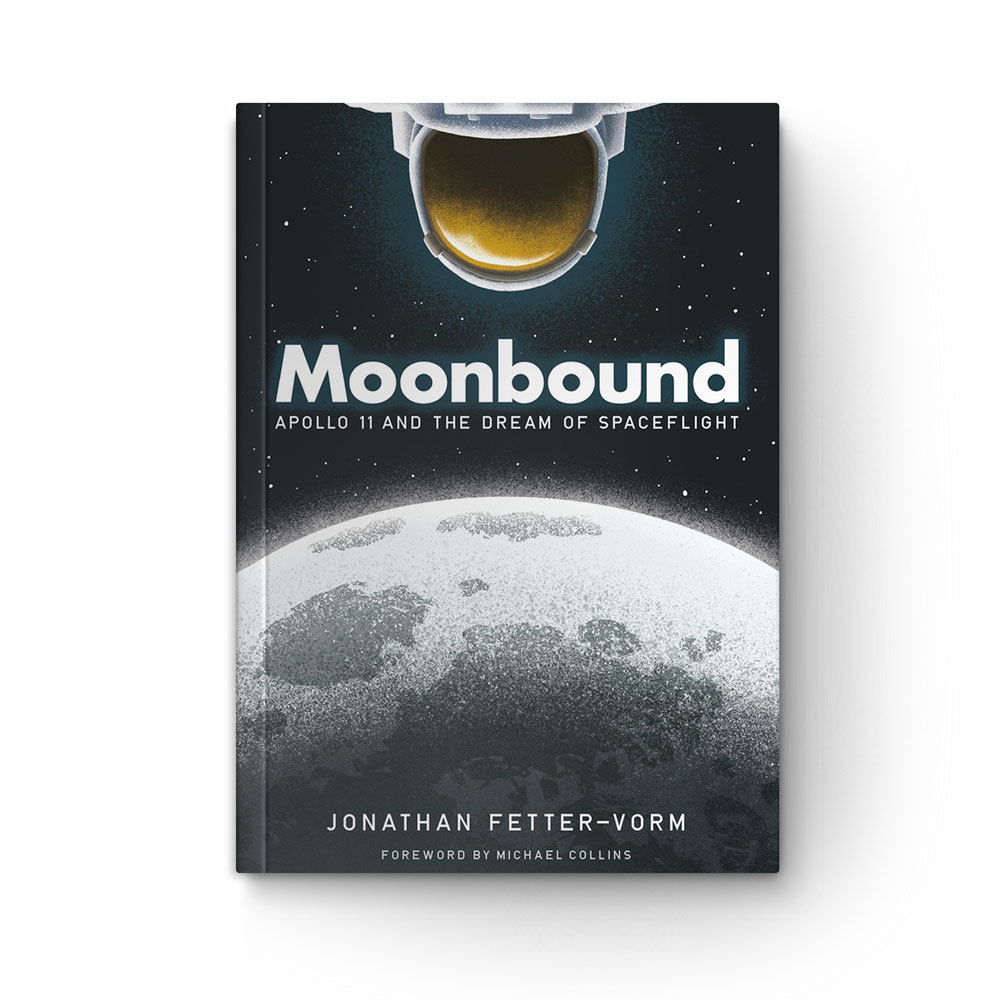 For your STEAM-loving niece, who doodles in her notebooks and wants to be an aerospace engineer.

Moonbound: Apollo 11 and the Dream of Spaceflight, Jonathan Fetter-Vorm, ’05; Hill and Wang. Picture a sweeping survey of the Space Age plus the scientific and human story of the Apollo 11 mission, told in graphic novel-format with writing as startlingly lovely as the drawings. That’s this book. Oh, and by the way, Fetter-Vorm is the guy who created our most recent cover story. 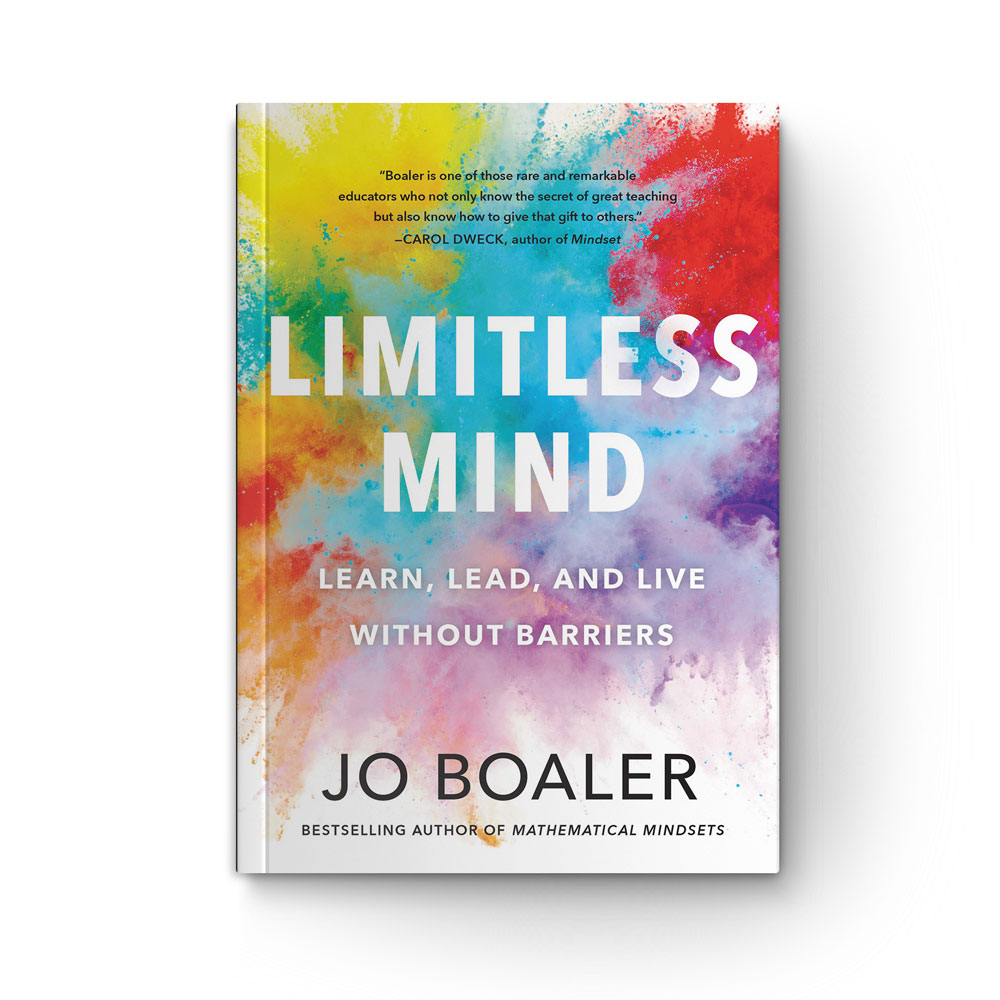 For your multitalented significant other, who is a little afraid to take a career leap.

Limitless Mind: Learn, Lead, and Live Without Barriers, Jo Boaler; HarperOne. Education professor Boaler’s decades of research have changed the way we think about beliefs and bias in education, like the false notion that boys are better at math. What this means for you, dear reader, is that what you believe about the inherence of your abilities (“I’m not the musical one in the family”) not only is wrong but also likely inhibits you from trying things that would develop and rewire your brain. Anyone at any age, says Boaler, can access his or her learning potential. 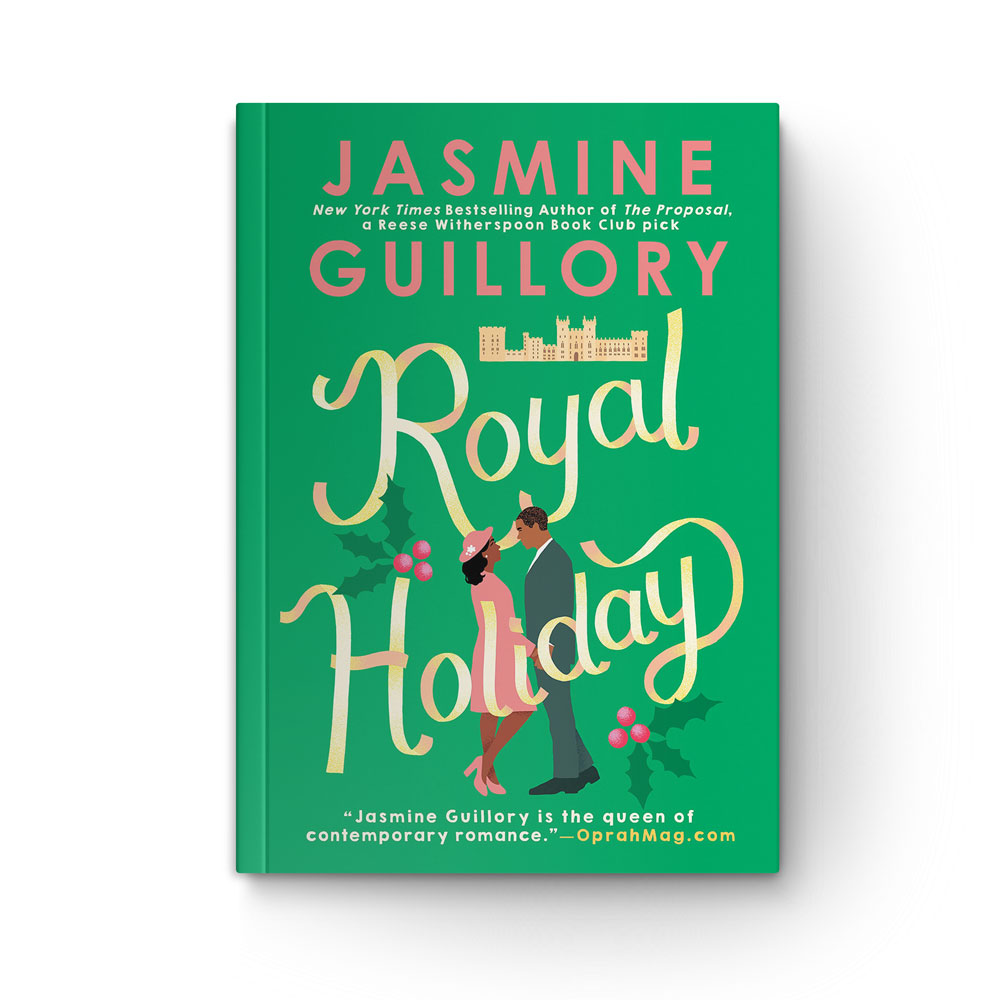 For your romance-addicted drawmate, who somehow always had time to read for pleasure, even while double majoring.

Royal Holiday, Jasmine Guillory, JD ’02; Berkley. Lawyer by day, bestselling romance novelist by night. We don’t know where Guillory finds the energy, but our nightstands are glad she does. 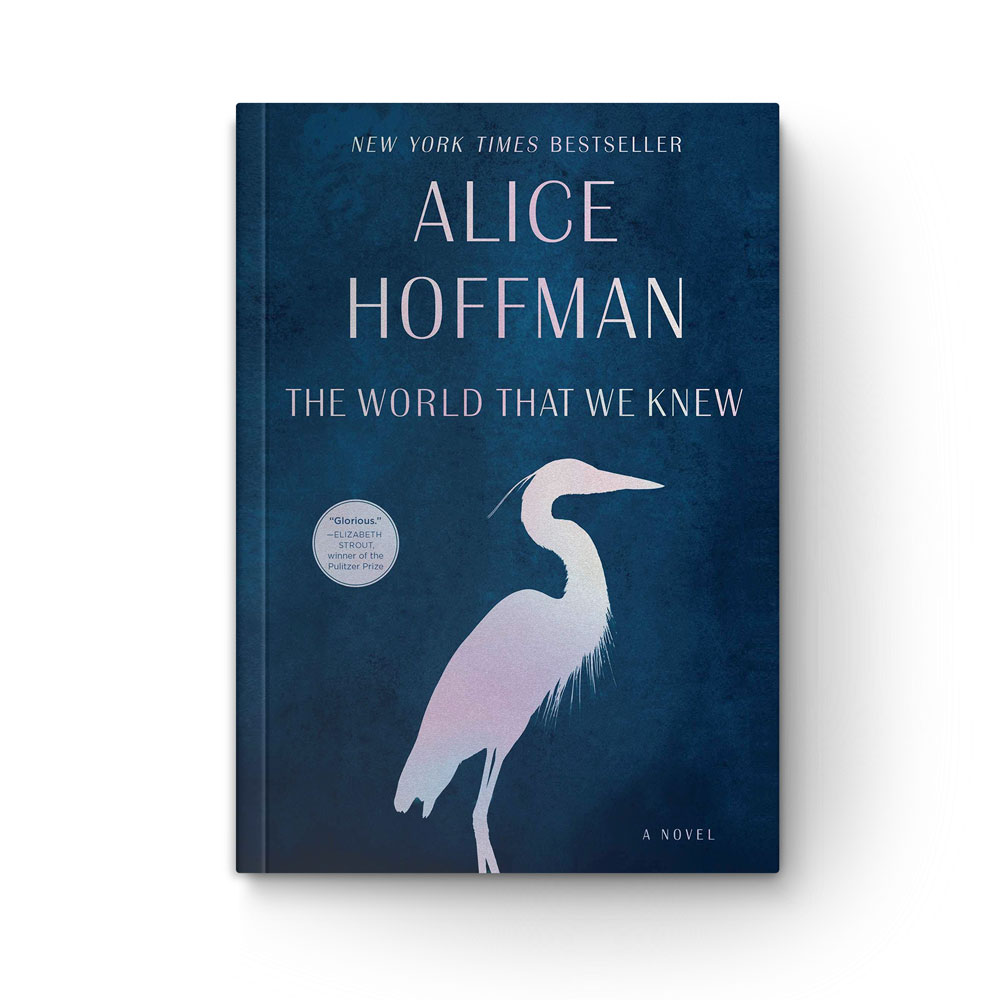 For your history-buff work spouse, who can’t say no to a WWII novel.

The World That We Knew, Alice Hoffman, MA ’75; Simon & Schuster. Hoffman spins a rich tale of love and death, good and evil, and ancient magic against the backdrop of Nazi Germany.

Books to fill your beach bag.