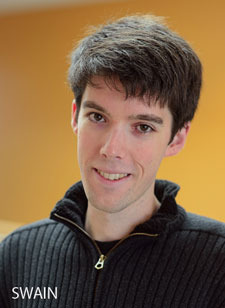 If the drought in California stems in part from an exceptionally stubborn rain barrier of atmospheric high pressure, how did so much precipitation from this winter’s El Niño break through? Wrong question, says PhD candidate Daniel Swain, who a few years ago famously dubbed the blockage the “ridiculously resilient ridge.”

Instead of asking why the ridge didn’t deter El Niño, Swain says, we should question why El Niño wasn’t enough to completely vanquish the ridge. Swain, a member of the Climate and Earth System Dynamics Group at the School of Earth, Energy and Environmental Sciences, writes that “while the northern half of California did see a much wetter winter (and meaningful drought relief) during 2015-2016, we did not experience nearly the kind of prodigious rain and snow accumulations we might otherwise have expected from an El Niño of such great magnitude.”

In fact, adds Swain, “El Niño (particularly when strong) has historically been the single most useful predictor of winter precipitation in California, but this year that relationship did not appear to hold. Instead, what we saw was a resurgence of modest ridging over the Pacific—and although it wasn’t as strong as in recent winters past, it was still enough to disrupt the El Niño-enhanced winter storm track.”