‘We Might Come Out Weak, but We Are Going to Come Out’ 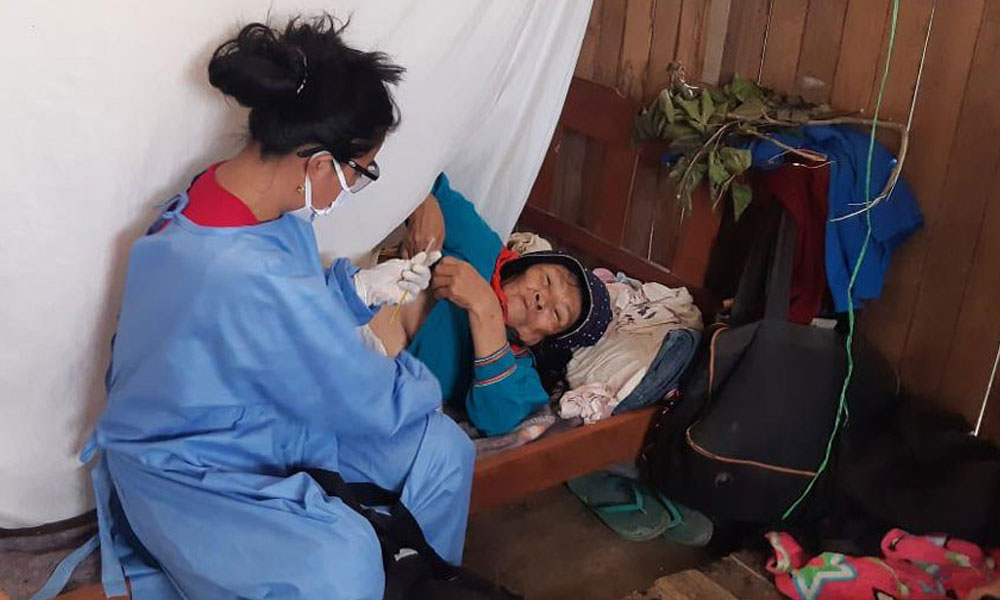 NEEDED HELP: Eliana Saldaña, head nurse of the Medical Brigade of the Amazon, attends to a patient.

NEEDED HELP: Eliana Saldaña, head nurse of the Medical Brigade of the Amazon, attends to a patient.

Miguel Hilario calls his survival of birth in a canoe and his early years in the Amazon jungle “a life of miracles.” Today, speaking from his home in eastern Peru, Hilario, MA ’01, MA ’05, PhD ’10, says his community needs a miracle to survive the devastation of COVID-19.

Although Peru mandated one of Latin America’s earliest and strictest lockdowns, it now has the fifth-highest number of cases in the world and is 10th in COVID-19 cases per capita, according to the New York Times, just after the United States and several slots worse than Brazil.

In the villages along the Ucayali River in eastern Peru, a fragile health-care system has collapsed. The three hospitals that serve the region are struggling to keep their doors open, with many staff members out sick. Indigenous people who live along the river, a headstream of the Amazon, are dying at high rates due to the lack of supplemental oxygen, disinfectant and basic medical supplies. COVID-19 has wiped out entire families, and their neighbors must then bury them. 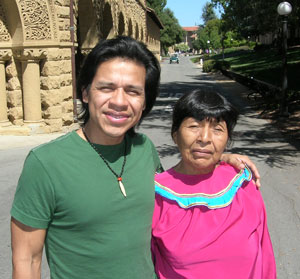 Hilario on campus with his mother, Zoila Escobar, in 2008.

It is against this backdrop of extreme poverty, rampant illness and death that Hilario has formed what he is calling the Medical Brigade of the Amazon, a small team of health-care workers he organized to serve those in rural villages along the river. In the first three weeks of operation, they report having attended to 870 patients. The first native Amazonian scholar ever to receive a PhD at Stanford, Hilario, who studied political anthropology and public health, has overcome difficult odds before.

‘I have lost seven family members in the last 100 days. We lost dozens and dozens every day in the Amazon.’

“Miguel Hilario was successful through a combination of enormous determination, many personal sacrifices, intellectual vision and a deep energizing pride in his Indigenous origins,” says Bill Durham, ’71, the Bing Professor in Human Biology, Emeritus, and a longtime mentor and adviser to Hilario. “Those virtues also lie behind his heroic efforts today to bring medical help and attention plus humanitarian aid to the Shipibo-Konibo people of the Amazon region near Pucallpa, Peru, hard-hit by the COVID-19 epidemic. In the midst of this tragedy, it’s heartening to see him give so much back to the people of the region.” 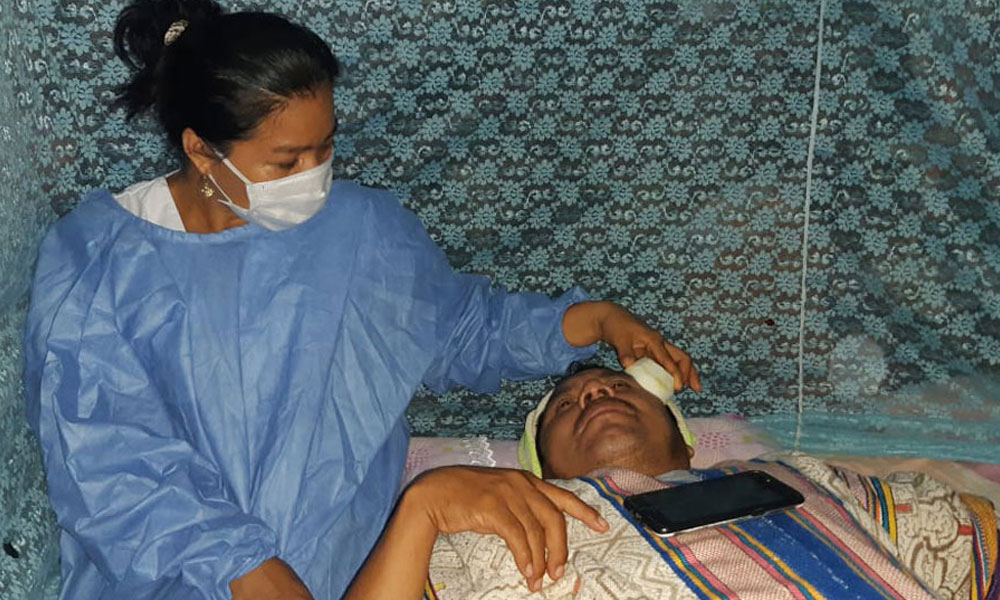 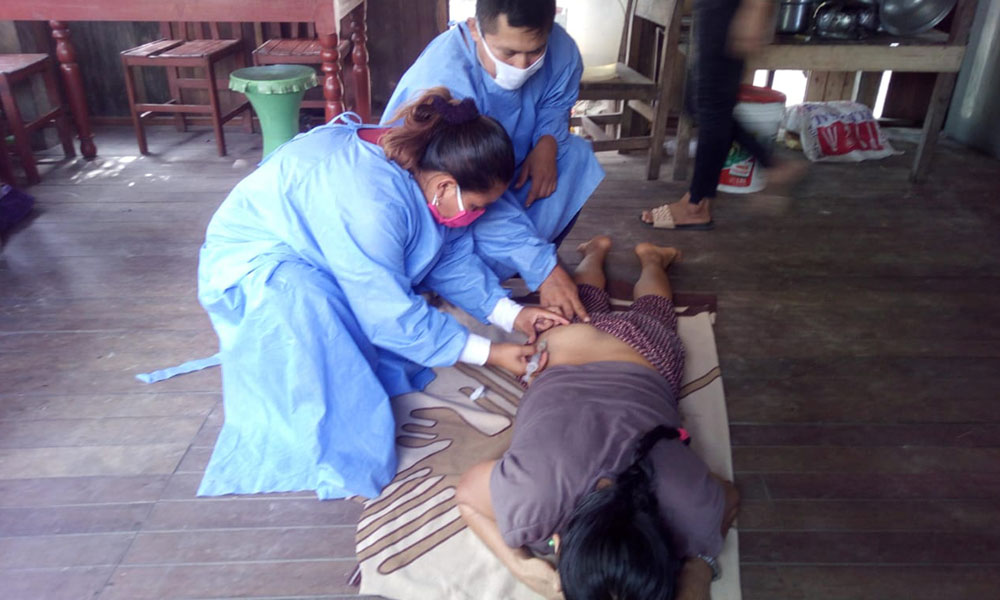 From his backyard in Pucallpa, Hilario, now a professor of international relations and anthropology at National Intercultural University of the Amazon, spoke to Stanford about the situation in his region. He is rallying support from around the world to help fund medical and social aid that he hopes will save what is left of his Indigenous community.

STANFORD: Tell us about the impact of COVID-19 in the Peruvian Amazon.

Hilario: On March 16, the government closed our borders. I said to myself, I got stuck in my own house. Suddenly, I began to see my people dying, not just in the community but close family members. I lost my uncle; a day later, another uncle; three days after that, a cousin. I have lost seven family members in the last 100 days. We lost dozens and dozens every day in the Amazon. Hospitals were collapsing taking care of too many people. They were turning people away at the door. My uncle was having trouble breathing, so we took him to the hospital, but they had no oxygen tanks left.

That is when I decided to start calling friends, telling them we needed help. I felt desperate burying more people every day. I ran out of savings helping people who were sick, so I started raising money for a medical brigade in the Amazon. We hired two nurses, and that is what we have been doing the last 25 days—trying to alleviate the suffering. We just hired a third nurse, but it is not enough. Sometimes it takes two days on the boat just to get to people who need the most basic supplies and care. Many don’t have refrigeration or running water, so they can’t even wash their hands.

What is the situation there now?

In the Amazon region where we are, it is called the Ucayali Valley. The population is 500,000. A month after COVID-19 got here, we only had 10 ventilators, and our three hospitals were not prepared. Within a week, the whole thing collapsed and the hospitals were overwhelmed. People were dying on the street, at the gate of the hospital, because all the beds were full. That is what happened to another uncle. At 10 p.m., he could not breathe. We took him to the first hospital, and they could not see him. They had no more beds, and there weren’t enough oxygen tanks. It takes one cylinder to breathe for 24 hours. Each one costs $1,000. People here make $200 a month. This is what people are going through. They don’t even go to the hospital anymore. They just die in their homes. 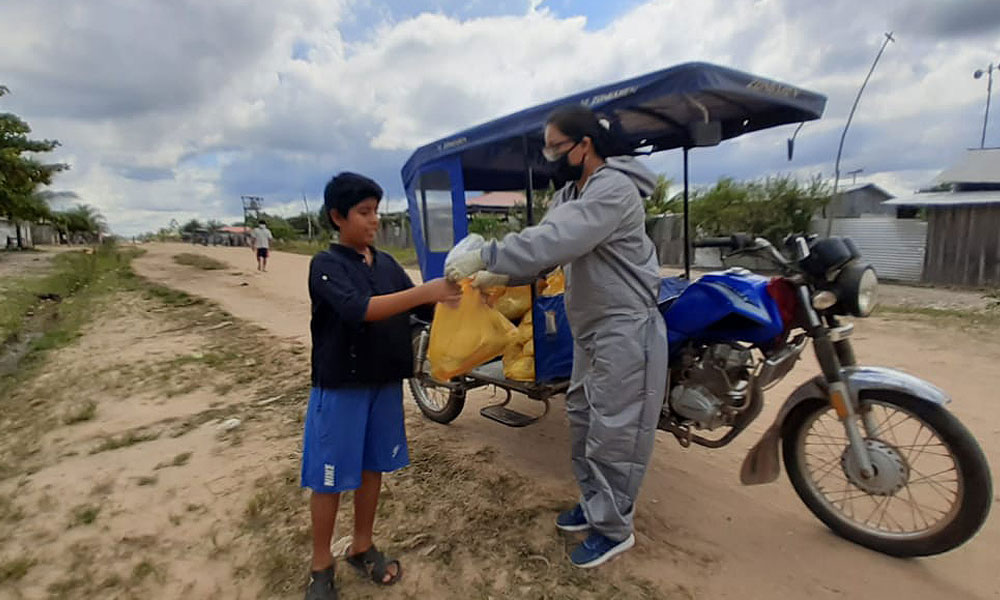 What is the mobile medical brigade doing to address what is happening?

We have a speedboat that we borrowed, and we pay three nurses. They go into remote areas for eight days at a time. But we need so many more of these mobile teams. COVID has reached the most remote villages. It is so sad because the state and local governments have not helped us. They have not sent a single dollar or any medicine. It is the private people coming together to give aid to our brothers and sisters here.

I was sharing my journal with a friend last night, and I wondered who is going to die among us next. I wrote, “It’s going to be me.” I am living in this fearful environment. It is surreal, like a horror movie.

‘We are losing our elders, who are the ones with knowledge of stories and medicinal plants, traditions and spirituality.’

How do you keep going?

In the midst of it, I keep telling myself I cannot keep crying; I cannot be down all the time. People are depending on me that I can bring more resources and medication to them. Mostly I am hopeful and strong because I believe in God. Without that belief, my system would crack. I believe there is a powerful source of good in the world.

We might be abandoned by the government, but not by our friends, and that gives me hope and faith that we can overcome this. We might come out weak, but we are going to come out. We are going to bring forward restoration after this attack by the virus. We are going to save the Amazon.

What do you want readers to know?

We are losing our elders, who are the ones with knowledge of stories and medicinal plants, traditions and spirituality. They are pretty much gone, and that is a sad thing. Before the pandemic, I had planned to interview them this year. I had everything ready to start, and then COVID came and we lost them all. Also, we are hit hard by climate change here. The elders knew how to read the land and figure out what needed to be done and how to tackle the problem. COVID is really showing that the global fires along with global warming could destroy everyone.

We need another miracle of people coming together to help get care to everyone. We have the expertise, and we know what to do. We need to protect our planet and our forest and our people.