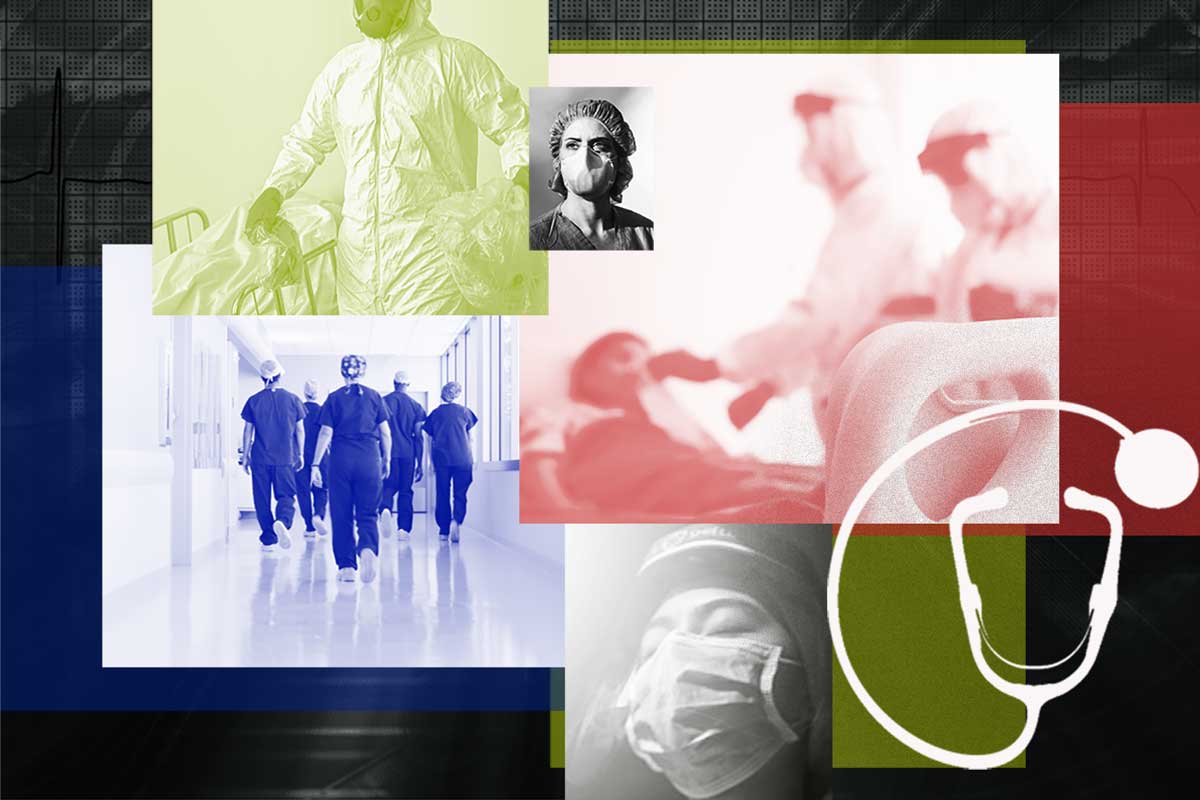 His name was Victor*. He was transferred to our hospital from an Indian Health Service facility near his home on the Navajo reservation. By the time I assumed responsibility for his care, he had been on a ventilator for almost two weeks—a now-familiar refrain for virtually all our critically ill COVID-infected patients. And for the first two days that I cared for him, he was stable—insofar as anyone requiring a ventilator, deep sedation and drugs to paralyze him, along with round-the-clock dialysis can be.

On the third day, things changed.

As soon as I stepped foot into the ICU, before I had even had the opportunity to change into my scrubs, Victor’s nurse asked me to evaluate him. From the doorway, I immediately knew he had little time to live—his heart rate had jumped up by 50 beats per minute, he had a high fever and was sweating profusely, and his oxygen levels were perilously low despite the maximal support a ventilator could give. I suspected he had had a massive blood clot travel to his lungs, blocking blood flow to his heart and causing his shock state.

While we aggressively pushed clot-busting drugs, the inexorable death spiral had begun. My ICU fellow called Victor’s wife, told her to start driving from their home three hours away, and promised her we would do the only thing we could: our best to keep her husband alive until she could say her goodbyes.

Our next call was to the hospital supervisor on duty to request permission for Victor’s family to enter the hospital—due to infection-control policies, even immediate family members are allowed to come see their loved ones only shortly before death. Somewhat improbably, Victor clung to life long enough for his wife, father and mother to arrive. Wearing double masks, yellow paper gowns and purple plastic gloves, they threw their arms around Victor’s neck and quietly wept. And 10 minutes later, Victor’s heart stopped.

I donned my suit of PPE, slid open the door, and listened to Victor’s now-silent heart and lungs with a disposable stethoscope best suited for a child’s toy box. I whispered “He’s gone” to his no-longer-quietly weeping family, silently removed my protective armor and stepped out of the room. I listened to the nurse explain as compassionately as possible that the family would have to leave in a few minutes so that Victor’s body could be taken to the medical examiner’s office. Whether they would ever be allowed to see his body again would be a decision for the health department.

Those of us who have witnessed patients suffer for weeks only to succumb to this scourge have no patience for the incoherent ramblings of the ignorant.

Victor was exactly 35 years old. In a cruel twist of fate, he died at 1:34 p.m. on his birthday, a beautiful, sunny April spring day.

Victor was not my first COVID death, and he hasn’t been the last. In fact, it was only at the end of my week supervising “COVID Central” (our exclusively COVID-positive ICU wing) that I had the respite of a day without a death.

Although media reports and academic research have emphasized COVID’s danger to the elderly, the COVID cases I have seen do not fit that pattern—three of the first four COVID-related deaths I witnessed were patients younger than 40.

On the front lines, there really seems to be no rhyme or reason as to who survives and who doesn’t once the illness becomes life-threatening. Almost all the patients requiring a ventilator need it for two weeks or longer—an eon in pre-COVID ICU time. If there is a “tell” or a method to distinguish the two groups, I certainly haven’t been able to work it out, and neither has the cadre of brilliant ICU specialists from around the world whom I call friends. This disease does not discriminate—it just kills, cripples, destroys.

None of us who treat these patients in the ICU has any illusion that its survivors, the “lucky” ones, will ever be the same again—the majority will have severely compromised pulmonary systems and/or will be too weak to practice even the most basic self-care, many tortured by nightmarish memories of their ICU experience for the rest of their lives. Post-ICU statistics tell us that 50 percent or more will suffer from significant cognitive impairment for a year or longer after they leave the hospital, 20 percent to 40 percent will still have PTSD symptoms in two years, and up to 20 percent will not even survive that first year.

Perhaps the most common phrase you hear physicians and nurses utter these days is “strange times.” Or some variant of “weird/crazy/messed up/bizarre/pick-your-adjective-of-choice days.” And they are. Yet it is disconcerting how these strange times become our normal.

It is becoming harder to remember a time when entering the ICU didn’t require eye protection, a surgical mask placed over an N95 mask, and androgynous green scrubs so aggressively decontaminated and stiff they either chafe your nipples, cause a chemical rash or both; a time when you could see your colleagues’ faces instead of the 3-inch span between nose and forehead.

Not surprisingly, a distinct camaraderie has developed—nursing-physician-technologist divides seem so much less relevant when everyone is stuck pacing the same fishbowl for 12 hours a day wearing the same uniform, and while faces ache from rubber-band friction burns from seemingly endless hours in N95 masks and face shields.

Some days I chuckle and some days I tear up when I pass highway billboards praising health-care workers: “Healthcare Heroes,” “Defenders of Our Health,” “Not All Heroes Wear Capes—Some Wear Scrubs.” It’s surreal and discomfiting at the same time.

I’m fundamentally doing the same job I was doing two months ago, so why now is it heroic? Granted, there is a degree of personal risk that wasn’t there before, and the days are longer and harder and more tiring. But I’m certainly no hero. The vast majority of my ICU specialist colleagues don’t consider themselves heroes, either. I’m doing the job I trained for and signed up to do: no more, no less.

None of us who treat these patients in the ICU has any illusion that its survivors, the ‘lucky’ ones, will ever be the same again.

The heroes of these strange times are the ICU nurses who enter the rooms of COVID-infected persons dozens of times a day, donning and doffing multitudinous layers of PPE with grace; the respiratory therapists who adjust virus-laden ventilators and tubing; the interns on my ICU team who worked 26 of 28 consecutive days; the critical-care fellows who collectively rose up in protest when they were forbidden (for their safety, mind you) to perform high-risk procedures on COVID patients; the housekeeping staff who decontaminate every COVID-defiled room and do so efficiently, quietly and quickly; the cafeteria cashiers who keep coming to work day after day not ever knowing what they’re being exposed to by all the people passing by in ubiquitous green scrubs.

These people, the backbone of any academic hospital, are the real heroes for the courage they show day in and day out, even when exhausted, even in the face of their own anxiety and personal fears. Simply put, without them no hospital can function. They put themselves in harm’s way for no glory and a too-small paycheck simply because the work must be done. They deserve all the donated socks, free pizza and North Face discounts that they can get and more.

The common purpose and shared pain on the front lines leads to a shared view of the world, at least here in my ICU. We applaud the difficult decision made by our governor to shut down the state to protect the people; we bemoan conflicting patient-care guidelines that seem to change by the hour for no apparent reason; we rail against self-serving politicians who care more about reopening the economy and their popularity ratings than the survival of their citizens; and we shake our heads in disbelief of those rallying (maskless, in crowds!) against protective stay-at-home orders across the country. 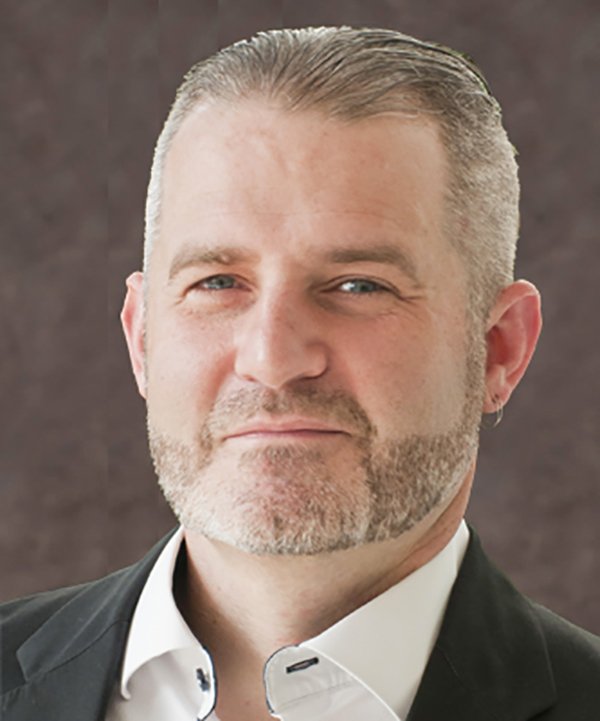 Those of us who have witnessed patients suffer for weeks only to succumb to this scourge have no patience for the incoherent ramblings of the ignorant—from the claims of a pseudoscientist that vitamins A and C are a foolproof prophylactic, that light or bleach inserted into the body is a cure, or theories that the virus is a Chinese bioweapon or part of a liberal conspiracy to discredit the president. Most insulting of all are the promulgated theories that hospitals and physicians are somehow profiting off this epidemic and inflating the death numbers in order to profit even more.

And so I sit in my ICU, perfecting the art of compartmentalization so as not to think about the human tragedies I have witnessed due to this merciless pandemic in this one week alone. I don’t want to think about the young children of the dying patient in Room 23; the sister of my now-deceased patient in Room 20 saying her goodbyes via Zoom; the Navajo medicine man in Room 15 who died because he refused to stop ministering to the sick among his people; the husband sitting in silence holding the hand of his wife, whom he met in junior high, as she died in Room 22; and Victor, the man who died on his 35th birthday in Room 13.

These are memories I wish I didn’t have and had never made. And even as I try to let them pass me by, I remain anchored to one unshakeable conviction: Young men should not die on beautiful spring days.

Nathan Nielsen, ’97, is an associate professor in the division of pulmonary, critical care and sleep medicine at the University of New Mexico School of Medicine.