In 1990, American health care workers were struggling to gain a foothold in Tanzania as the country faced the rapidly escalating HIV/AIDS epidemic with no available treatment. Medical anthropologist Ruth Wilson, one of the first Black professionals in the Africa Child Survival Initiative at the U.S. Centers for Disease Control and Prevention (CDC), was asked to assist. Her expertise, says program director Cheryl Scott, was “humbling.” 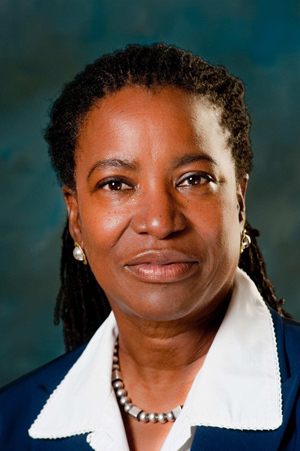 It was that expertise and her talent for connecting with people that earned her the trust of Tanzanian health ministry officials. Wilson’s resulting recommendations to the CDC, says Scott, “filled a behavioral health gap that significantly impacted our care and treatment plan and supported the United States’ role with the minister of health and their partners.” She traveled around the continent, working with the World Health Organization, UNICEF, and 13 ministries of health in sub-Saharan Africa.

Ruth Pearl Wilson, MA ’78, PhD ’85, a professor emerita and former department chair of African American studies at San José State University, died on May 15 in Redding, Calif. She was 70.

Wilson attended segregated schools in rural Texas before her family moved to Tulare, in California’s Central Valley. As an undergraduate at UC Santa Cruz, she lived with a Gullah Geechee family on Daufuskie Island, S.C., immersing herself in a culture that maintains strong ties to its African heritage. A six-month internship in Lesotho collecting health data set the stage for her career in medical anthropology. She was devoted to advancing the field, doing extensive research on obesity in Black and African communities and on how culture frames health care choices.

Wilson’s passion for supporting Black communities extended beyond academia. “There’s a picture of her next to the Black Panther leader [Huey Newton],” says her daughter, Sheba Sawyer. It now sits next to Wilson’s urn in Sheba’s living room, “a space that is filled with love.”

Before joining the CDC, Wilson was an assistant professor at Rutgers University, and she later held faculty positions at Southern Methodist University and, finally, San José State, where she received a Fulbright-Hays award and served as a department chair for nine years.

In response to praise, Wilson would often say she was just a small-town girl. “She was a trailblazer,” Sheba says, “but she wasn’t trying to blaze trails.”

In addition to Sheba, Wilson is survived by two grandchildren and six siblings.

The Paper that Changed My Life

A medical student stops out to investigate why nursing home deaths go up after private equity takes over.

A tale of humor and health insurance.

A Philanthropist at Heart