The Paper that Changed My Life

A medical student stops out to investigate why nursing home deaths go up after private equity takes over.

Yasmin Rafiei was a student at the School of Medicine when she read the research paper that changed her world. The 2020 working paper, whose lead author was Atul Gupta, MA ’14, PhD ’17, of the Wharton School of Business, found that after private equity firms acquired nursing homes, death rates of Medicare patients increased by 10 percent.

So she turned her question into a quest. She had received a Stanford Medical Scholars Research fellowship, which allows medical students to pause their studies to conduct academic research, and had used it to join the Investigative Reporting Program at UC Berkeley. Now she had her focus.

‘As it stands, the incentives are not aligned. But that doesn’t mean that those incentives cannot be changed.’

She zeroed in on St. Joseph’s Home for the Aged in Richmond, Va., which had been run by Catholic nuns and was being acquired by an investment firm. Her attempts at making contact went nowhere until she flew to Richmond and started knocking on doors. She found sources who brought her inside to witness the final days of the old system and the shift to the new. Staff and families described reductions in nurse staffing levels and in the attentiveness and amenities provided to residents. Prior to the June 2021 sale, the home had zero COVID deaths, Rafiei says. In the four months that followed, there were six.

When Rafiei pitched her story to the New Yorker, the editor made clear she didn’t pass the first of two criteria for judging freelancers: She had no track record of long-form journalism. But she aced the second: newsworthiness. 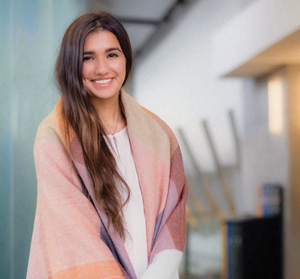 The result was a nearly 7,000-word investigative piece that appeared on the New Yorker’s web site in August. It illuminates how stagnant federal regulations reward nursing home owners for maximizing the number of patients—especially medically complex ones—rather than providing high-quality care. “As it stands, the incentives are not aligned,” Gupta tells Rafiei. “But that doesn’t mean that those incentives cannot be changed.”

Rafiei plans to finish her medical studies eventually. For now, she’s on to to her next investigation. Like any good reporter, she won’t reveal the specifics, but the topic is domestic violence. “I’m just going to sprint as far as I can in the time period Stanford has given me.”

History in the Remaking

A chef? A first lady? An axe murderer? You decide.

Becki Goodloe couldn’t find stores that sold Black Christmas decorations. So she started her own.